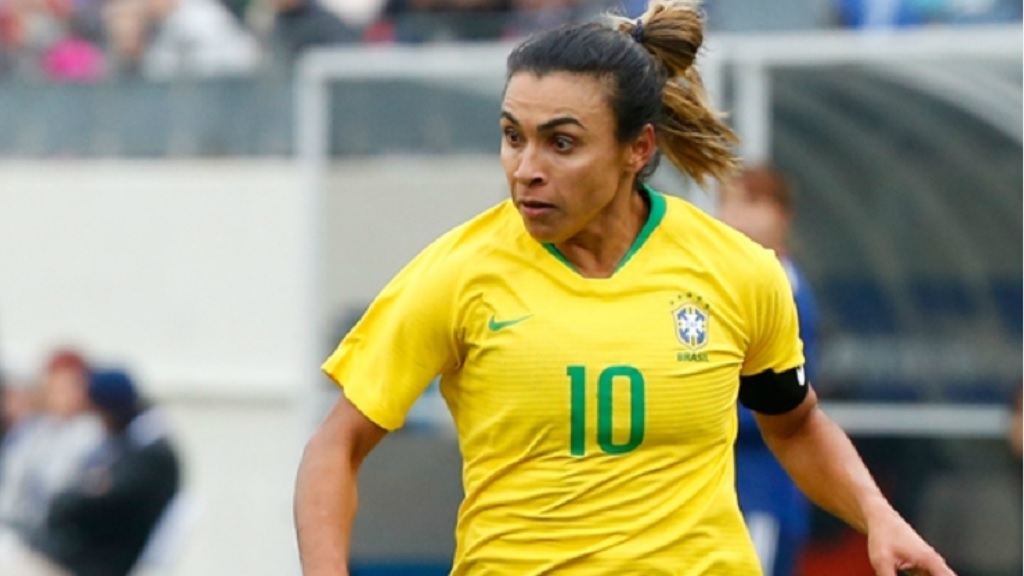 Brazil star Marta will lead her country at the Women's World Cup.

Marta is dreaming of reaching the Women's World Cup final, though the Brazil star is wary of defending champions the United States and Australia.

Brazil will be led by six-time FIFA World Player of the Year and captain Marta in France, where the Selecao will come up against one of the pre-tournament favourites Australia, Jamaica, and Italy in Group C.

Marta and Brazil were World Cup runners-up in 2007, with the three-time reigning Copa America Femenina champions beaten in the round of 16 four years ago, having reached the 2011 quarter-finals.

All eyes will be on star-studded USA and Australia but Marta – who has scored the most World Cup goals with 15 – told Omnisport: "We can't focus just on one or two teams anymore.

"All athletes are more prepared. Difficult to talk only about the USA and Australia. Other teams also have a very high level, but no doubt that it will be very challenging to play against USA and Australia if we face them."

After opening their campaign against Jamaica on June 9, Brazil will go head-to-head with Australia in Montpellier four days later.

Australia – quarter-finalists in 2015 after upstaging Brazil in the last 16 – boast star forward Sam Kerr and the Matildas are seen as a genuine threat to USA's crown.

Asked about the Matildas, Orlando Pride forward Marta – who plays alongside Australia internationals Alanna Kennedy and Emily van Egmond at club level in the National Women's Soccer League – said: "They are so strong. But this is a World Cup and everything can happen. It will be all decided in details.

"Australia can go very far but they are in Brazil's group and we won't make their lives easy, you can be sure. They can reach the final but I hope they won't and that Brazil can do it."

"I'm very excited to go to the World Cup," the 33-year-old said as she discussed her 15 World Cup goals. "This is one more reason to be with all my energy to try to score more goals, this motivates me a lot."

Marta, who is regarded as the greatest female footballer, added: "I feel proud to be a reference in what I do, that you can reach children, who have you as an example. When I'm at the pitch I think about all this and try to make my best.

"My motivation comes from my daily life and then God gives you this gift. My life has always been moved by faith and persistence, and the results came. I share all these awards with my fellow players and with my rivals also, because they make me a better player."

FRANCE 2019: The magic of Khadija Shaw