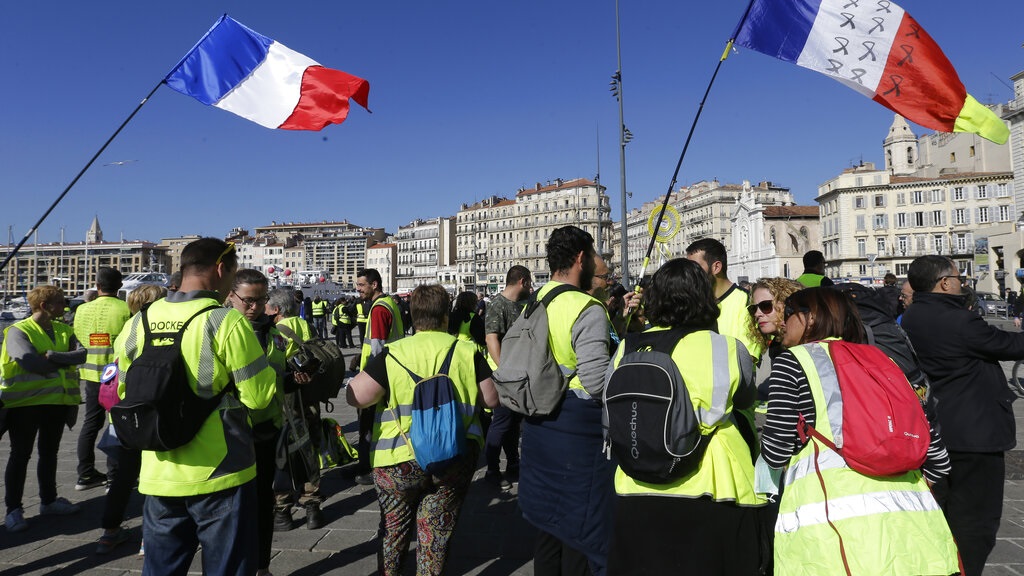 Paris authorities opened an investigation Sunday into anti-Semitic remarks hurled at a noted philosopher during a yellow vest protest in the capital, an incident that raised national concerns about the movement's ascendant radical fringe.

The Paris prosecutor's office said Sunday an investigation was launched into "public insult based on origin, ethnicity, nationality, race or religion."

A few demonstrators targeted philosopjer Alain Finkielkraut with insults on the sidelines of a yellow vest protest through Paris on Saturday. The shocking incident prompted criticism from French President Emmanuel Macron and other prominent figures.

Meanwhile, yellow vest demonstrators called for multiple rallies around Paris and some other French cities Sunday, including a march expected to start at the Arc de Triomphe monument. The increasingly divided movement has held protests every Saturday since Nov. 17, but some groups are holding rallies this Sunday to celebrate the movement's 3-month birthday.

The movement, which began as protests against a fuel tax hike, has broadened to include a range of concerns about France's living standards and the economic stresses facing ordinary families. Its name comes from the fluorescent yellow vests that French motorists must keep in their cars for emergencies.