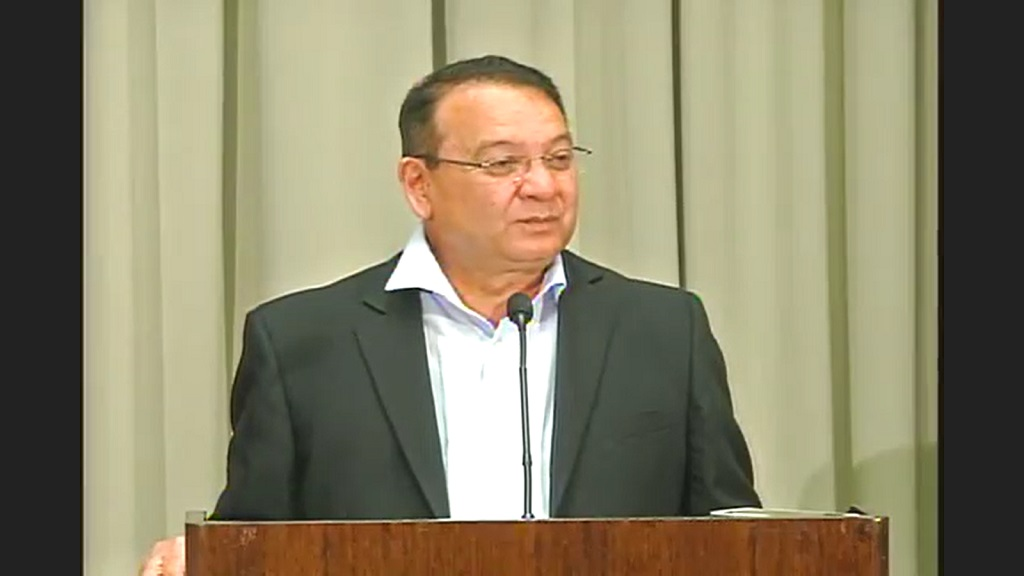 Energy Minister Franklin Khan is seeking to assure former Petrotrin employees that they will receive their back pay soon.

Khan was responding to the urgent question posed to him by Wade Mark in the Senate on Tuesday.

The question comes on the heels of protest action in front of a Petrotrin refinery facility by retrenched workers on Monday. Reports say roughly 1,000 for­mer per­ma­nent and tem­po­rary work­ers were promised that on Fri­day they would have re­ceived their sev­er­ance and back pay monies. However, this has not materialised.

In response, Minister Khan denied that there is no non-payment of severance to workers.

Meanwhile, as it relates to backpay, Khan noted that steps are underway to determine the individual backpays due to each worker

"The letters that were written to the terminating employees did, in fact, promise a backpay payment. That backpay arose out of an award granted by the court for 6% - 3 by 2 by  1- over the period 2011 to 2014. Because the workers were casual and their hours were inconsistent, it wasn’t in a grope, so to speak, that you could just press a keyboard button and calculate it, you had to do individual calculations for each worker. I want to give the workers the commitment today that they would all be paid in the shortest order. Petrotrin or the former Petrotrin, the new companies are working assiduously to do the calculation and it is hoped that these payments will be made very very shortly and to note that it is not only the 1060 who qualified for severance will get the back pay. The back pay will be due for all the employees who worked over that period where the court awarded the grant for the increase of six percent."