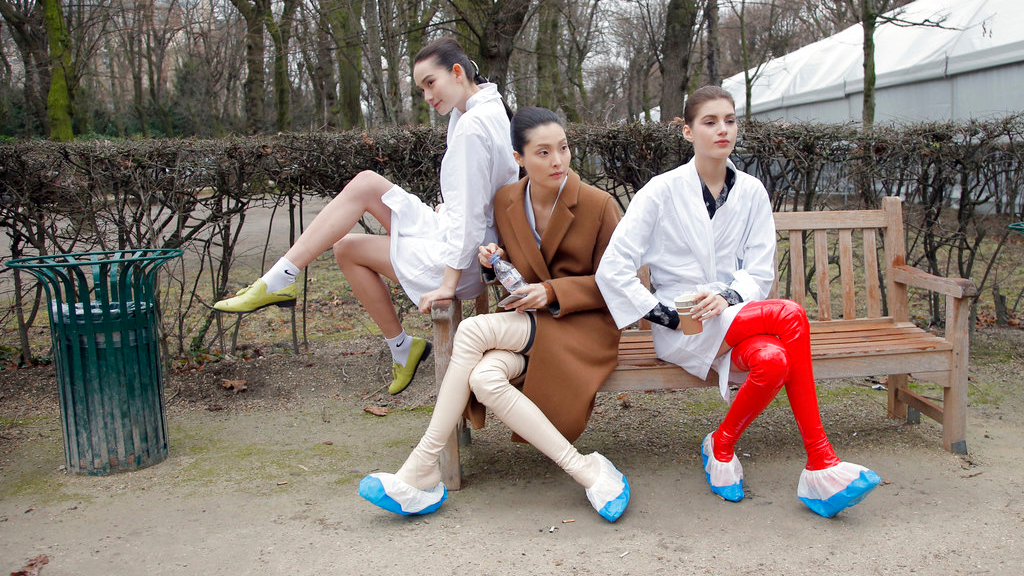 Two of the world's biggest luxury goods conglomerates will stop working with unhealthily thin fashion models, as part of a joint charter signed Wednesday that aims to protect their health.

The pact adopted by French corporations LVMH and Kering, which own brands like Dior, Gucci, and Louis Vuitton, incorporates — and goes beyond — a new French law that requires models to provide medical certificates proving they are healthy before they can work.

While the French law set to take effect Oct. 1 requires both male and female models to present a health certificate obtained within the previous two years, LVMH and Kering said their charter would shorten the time frame to six months of the job.

The pact also bans the conglomerates' labels from using female models below a French women's size 34, which is typically equivalent to a U.S. size 0-2 and a U.K. size 6. The French law initially included a minimum body mass index requirement, but it was removed after lawmakers deemed the doctor's certificate an adequate safeguard.

The fashion companies' said their agreement would take effect this month, in time for the spring-summer ready-to-wear runway collections.

Unlike the French law, the charter also will apply to the international Kering and LVMH brands with runway collections presented in Milan, London and New York. The two groups said they hoped to set a new global standard for the fashion industry.

"We hope to inspire the entire industry to follow suit, thus making a real difference in the working conditions of fashion models industry-wide," Kering CEO Francois-Henri Pinault said in a statement.

In addition, the charter requires each brand to put a dedicated psychologist at the disposal of fashion models during working hours — either by phone or in person in the work place.

A monitoring committee of representatives from Kering and LVMH will meet annually with brands, modeling agencies and models to ensure the charter is being correctly implemented.

5 relationship podcasts you should listen to