Frustrated mother appeals for report after son injured in schoolyard 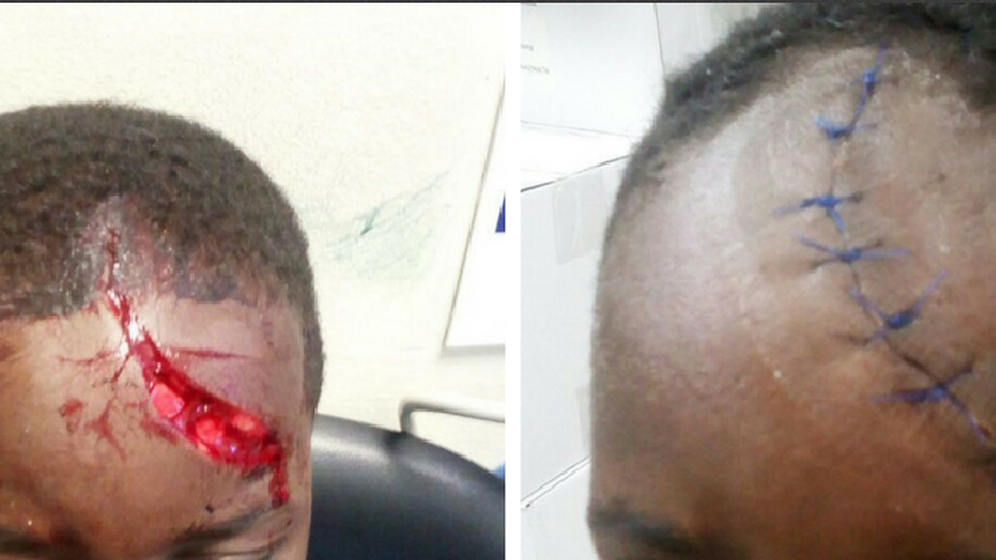 A mother is claiming that her six-year-old son has been abandoned by school authorities after he received 11 stitches on his head following an incident that left a deep gash and his skull exposed.

Eulalie James-Woodroffe said since the incident, the school’s Principal is yet to call and speak to the parents or write a report to submit to the Ministry of Education.

The report is also necessary to submit a claim to the insurance company.

She said she was told to come quickly as her son, Che, was badly injured.

She was told that while walking from the courtyard to the classroom, a bigger boy ran into her son and the impact resulted in him hitting his head on a door hinge. He received a deep gash on his forehead.

“When I arrived they said you have to brace yourself it is very deep and may need about 15 stitches. They put scotch tape on his head to hold the cut together. They didn’t call any medical people or take him anywhere,” she said.

She said his teacher accompanied her to the St James Infirmary where the doctors were upset that tape was placed on the cut.

“They said the glue from the tape could have infected the cut,” she said.

She said after the wound was cleaned out, the doctors realised the child’s skull was exposed.  He received 11 stitches and is in need of a CT scan to ensure there are no other injuries to his brain.

Woodroffe said although it was an accident, the principal has not called in the parents of both children or addressed the situation.

She said even though the children are insured, she was told she needs the report in order to make the claim. She said the insurance agent visited the school three times but is yet to get a report.

A frustrated Woodroffe, who works as a security guard for MTS, said she has to take frequent leave from work to attend to her son who has not yet returned to school.

She said the wound is still very soft and she is afraid for him.

“Because it was an accident no one is taking us seriously,” she said.

Loop contacted the school was told the Principal was not present and they are unable to give out any information.

Community service for Tobago parent in door-kicking incident at school