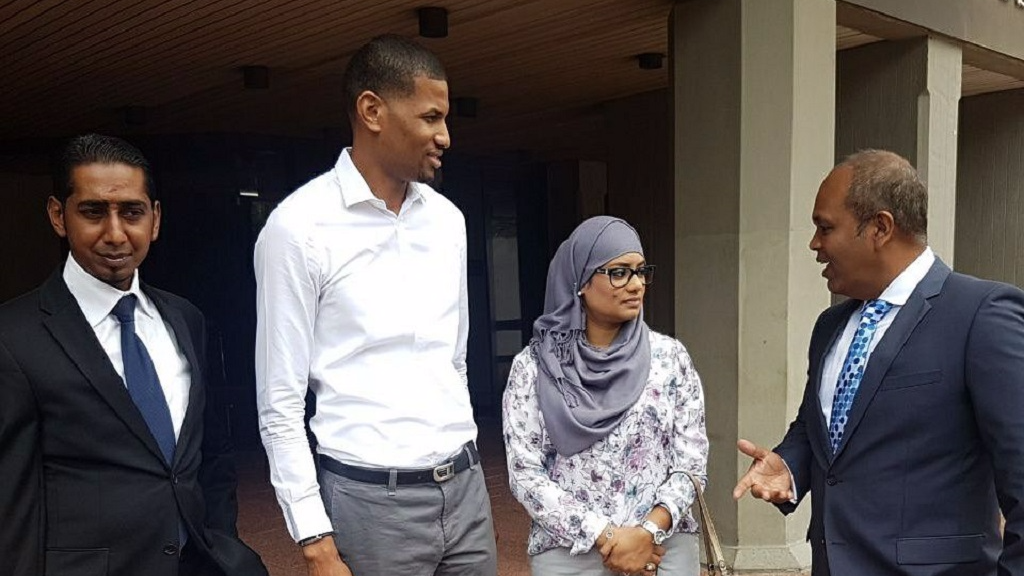 Fuad Abu Bakr, son of Jamaat al Muslimeen leader Yasin Abu Bakr, and his wife Kristy Ramnarine were successful in a High Court matter which ruled that they had been unjustly treated by police in an incident in February 2016.

Bakr shared a message to social media on Monday after the ruling was announced:

“We WON our lawsuit against Pc Campbell and the State this morning. You harassed us, arrested us, detained us and now you can't provide proof that there was ever an issue with my vehicle. More officers that abuse their authority need to be punished. Thank God for Justice.”

Bakr said that they have been awarded damages which are still to be assessed.

“Even someone who is breaking the law and is being arrested should be treated properly. Police have a difficult job but some officers really drag the reputation of TTPS in the dirt with their conduct. "It’s not a ranking thing it's a service thing!” Bakr commented on social media.

On February 24, 2016, Bakr and his wife were detained by police and questioned for several hours in connection with an alleged stolen car.

Police claimed that the license plate on the car they had been in had been duplicated and that the number belonged to another vehicle.

The case, however, was thrown out on a technicality as officers could not present any evidence on the matter.

Speaking to media following the ruling, Bakr says this is a victory for him and others who have been unfairly treated.

“This judgement is for all the people who go through this type of harassment. I’m not the only one, I know countless people who have had horror stories with the police.”

He is urging persons who have been similarly treated to lodge their complaints with the Police Complaints Authority and to seek redress.

In July 2016, Bakr again made headlines after he was stabbed during an attempted robbery at his Diego Martin home.

21,000 US drug cases tainted due to former T&T-born chemist