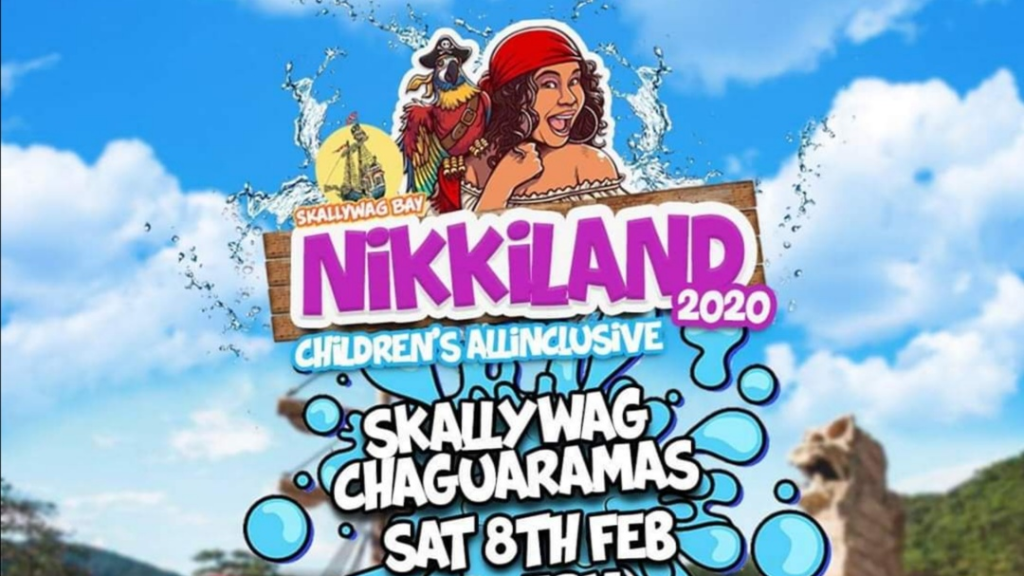 Hundreds of children got a chance to step away from their school work and kick off their 2020 Carnival Season at the 12 Edition of Nikkiland on Saturday.

The event staged by Entertainer Nikki Crosby, who is fondly referred to by the children as “Aunty Nikki,” took place at Skallywag Bay, Chaguaramas.

Kids had access to bouncy castles, a roller-coaster, rock wall, and mini-golf course and even paddle boats.

Food, drink and snacks were aplenty at Nikkiland, so much so that parents and children alike were seen making trips to the carpark to offload their goodies.

Entertainment was provided by Destra, Jadel, Viking Ding Dong and children from the Necessary Arts School.

A couple of acts could not attend due to a traffic delay caused by repair work along the Audrey Jeffers Highway but that did not diminish the fun had by all in attendance.

Kids were not the only ones to enjoy the break from the hustle and bustle of daily life as parents and grandparents joined in the excitement.

Loop News spoke with a few parents at the event and they gave Nikkiland ten out of ten.

Shanice Peters, who came from Tobago with her daughter Monique, said: “We had a lot of fun. For the past couple of years, I have been bringing my daughter to Nikkiland and she enjoys it a lot. Every year it’s something new and exciting to do and I feel that’s why the kids have so much fun.”

Staging an event of this magnitude can be a challenge but Crosby said the children keep her going.

"Every year I say 'this is too much stress' and say it's my last year but then you see the kids the day of Nikkiland and that's it I'm sold for the next year. The kids keep me going year after year. If we give up on the kids, we could lose them to outside cultures. Nikkiland is all about them loving and appreciating their culture from young."

"Sponsorship could always be more. But NLCB stepped in last year to help and they continue to. Also, this year we had Pizza Hut come on as a title sponsor. They loved being involved and have already committed to next year. So, Aunty Nikki is very happy. I also want to thank all my other sponsors who have always been there for Nikkiland," she added.

Dear Promoter: Saints among the stars