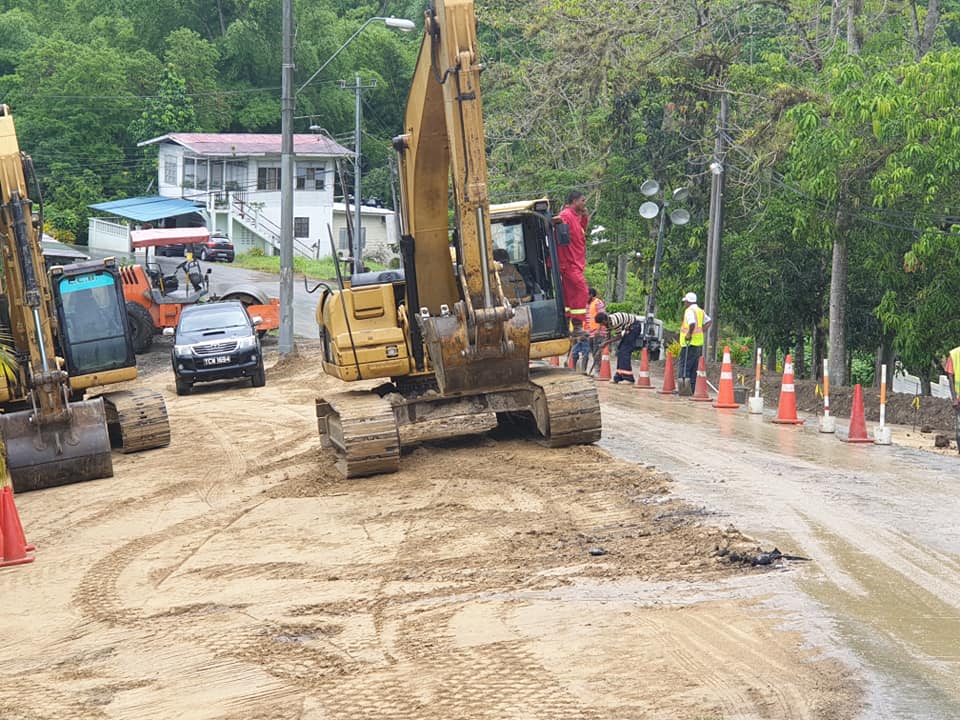 Moruga/Tableland MP Dr Lovell Francis has sought police protection after receiving threats from a gang in his constituency which has been trying to get a State contract for a portion of the $176 mil­lion Moruga Road Re­ha­bil­i­ta­tion Project.

Francis in a Facebook post revealed that a gang op­er­at­ing in Moruga has been engaging in in­tim­i­dat­ion of State con­trac­tors working on the mega project.

Minister Hosein is expected to receive a report on the conclusion of the investigation by the end of August.

Francis condemned what he described as systematic extortion of contractors by gangs.

“Worse, there are those who be­lieve it is eas­i­er to turn a blind eye or make ac­com­mo­da­tions with this sort of thing. I res­olute­ly dis­agree. What starts off as a par­a­sitic in­fec­tion will soon over­whelm the host,” he stat­ed in his post.

He stressed that gang activity should not be accepted as normal or unavoidable, adding that as a society we cannot allow the nation to be held to ransom by these criminal elements.

Francis added that these rogue elements in the community are halting Moruga's progress. He urged contractors who are be­ing ex­tort­ed by the gang to re­port the threats to the authorities.

"One of the major impediments to our smooth progress in this constituency over the last two years has been the operations of a gang of criminals that has been systematically extorting the various contractors hired by the state to improve our infrastructure.

Worse, there are those who believe it is easier to turn a blind eye or to make accommodations with this sort of thing. I resolutely disagree.

What starts off as a parasitic infection will soon overwhelm and kill the host. To add insult to injury this gang at one time was openly threatening my life... but I am not the fearful type and if there are things worth dying for this is one of them.

So as long as I am the MP of this constituency I stand resolutely against crime, criminality and gang activity everywhere, but particularly here and I call on ALL of the right thinking and law-abiding citizens to stand with me. To do otherwise would be to throw away all of my beliefs."

O'Meara Road repairs to be completed by end of April