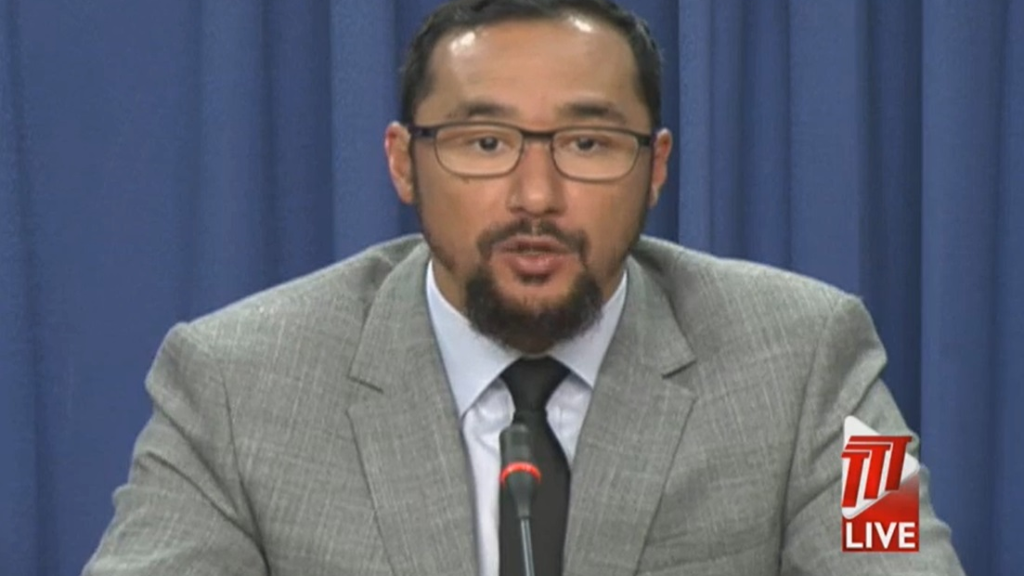 Who stands to benefit from a spike in crime?

This was the question posed by National Security Minister Stuart Young as he claimed that he was in receipt of information that there are certain people directing criminal elements to create fear about ‘runaway crime’ in T&T.

The Minister made the bold claim at Thursday’s Post Cabinet Media Briefing at the Diplomatic Centre in St Ann’s.

While Young would not say which groups or individuals were behind the alleged conspiracy, he admitted that the information came from a local source and was more than speculative.

The police, he said, are actively investigating these claims.

“All I can say at this stage is that certain information has been provided to me as Minister of National Security and the police are investigating it. There are some concerns as to the genesis of certain actions of criminals that are not furthering the criminal empire.”

Young said he expects that the intelligence services “will do what they have to do” in treating with the information before them.

Asked whether there were any political players involved, the Minister steered clear of making any specific statements and would only say that there was more to the situation than meets the eye.

Commenting on crimes which occurred over the past two days, Young said there was nothing random about what was taking place.

He said the shooting in downtown Port-of-Spain on Wednesday was a targeted hit taken out by a rival gang.

In the case of the reported kidnapping of two doctors in San Fernando which resulted in the death of one, Young urged citizens to be careful about where they venture and the kinds of activities in which they find themselves involved.

The Minister noted that investigations into this matter are ongoing.

He also cautioned against taking information in the public domain as fact, noting that in the case of a triple murder in Wallerfield on Thursday, he received intelligence that all three persons were involved in criminal activity.

But, in spite the spike in crimes within the last 48 hours, Young said there were no plans for a State of Emergency, but assured that there would be increased police visibility and patrols with assistance from the Trinidad and Tobago Defence Force in some instances.

Further, the Minister said focus would be placed on outreach initiatives to steer youth away from a life of crime.

Asked whether the surge in crimes under his tenure was an indictment on his performance at the helm of the National Security Ministry, Young said he would continue to give his best, but it was not his view that he has failed as Minister.