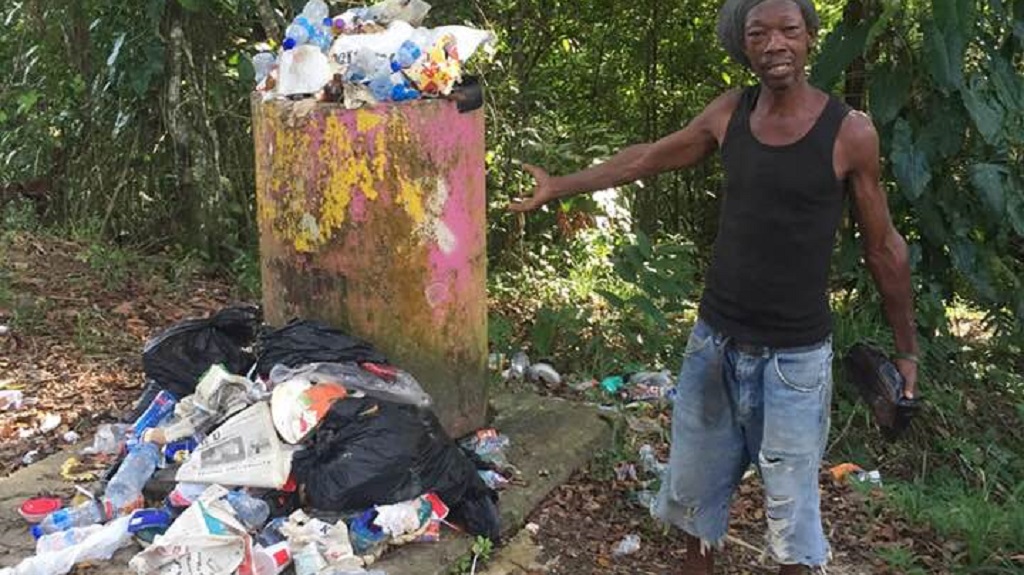 Officials said action is being taken to clean up garbage which was seen overflowing bins near the Rio Seco waterfall and hiking trail.

Tour operator and owner of Caribbean Discovery Tours, Stephen Broadbridge shared a public post to Facebook showing bins at the beginning of the hiking trail to Rio Seco waterfall with overflowing bins.

Broadbridge, who is the Vice President of the Trinidad and Tobago Incoming Tour Operators' Association, said the tourists he brought to the nature site actually helped him to clean up the garbage.

Broadbridge said that the man in the photo, who lives nearby, had been struggling to remove the trash as no workers had been coming to clear the bins.

“The parking lot for Rio Seco Waterfall has two concrete bins placed there by government about 5 years ago. Trash used to be emptied once a week but about 4 years ago that stopped.

“Now garbage is everywhere yet hikers still place there disposables here till both overflow and flow down the hill. The nice gentleman in the pic has been doing his best as he lives close by,” Broadbridge said in the post.

Broadbridge said to Loop News that the public needs to be more responsible as this problem can be found at most of the country's nature sites.

“Hikers need to be more responsible. When I go to a site I don’t just take my own garbage, I take what other people have left. People need to be more proactive. You’re not handicapped, pick up a garbage bag and take up the other garbage and set an example."

“That bin is obviously not being emptied but people still leave their garbage there. Take it back with you,” he said.

He said the garbage problem has been an issue over the past years and said if the bins aren’t being cleared, they should just be removed and visitors should be encouraged to take their trash with them.

“Every waterfall you go to has garbage. The ‘stay to get away’ campaign encourages people to visit these sites but they don’t encourage people to be responsible.”

“Don’t litter, don’t kill animals, and don’t interfere with farmer’s fruit. People must respect the community around the hiking site. Don’t pick the farmer’s citrus and cocoa, respect their lands.”

“Garbage isn’t just unsightly, it can kill because it washes down rivers to the sea and fishes and other animals eat it.”

A representative from the Ministry of Rural Development and Local Government said that action would be taken to have the area, which falls under the remit of the Sangre Grande Regional Corporation, cleared.

Minister of Agriculture, Land and Fisheries, Clarence Rambharat, told Loop News that this is a common problem.

“It’s typical of what I see and sometimes have to deal with across the country. The country is choking with garbage,” he said.

Currently, the public can sort and drop off PET plastics, cans, glass and Tetra Pak containers at various iCare bins located across the country.

The Ministry of Rural Development and Local Government has also implemented a curbside collection programme in various districts which collects items for recycling.

So far, curbside recycling has been launched in the following areas:

The project is currently being expanded to include Diego Martin.

Watch: Is composting the cure for T&T's food waste problem?