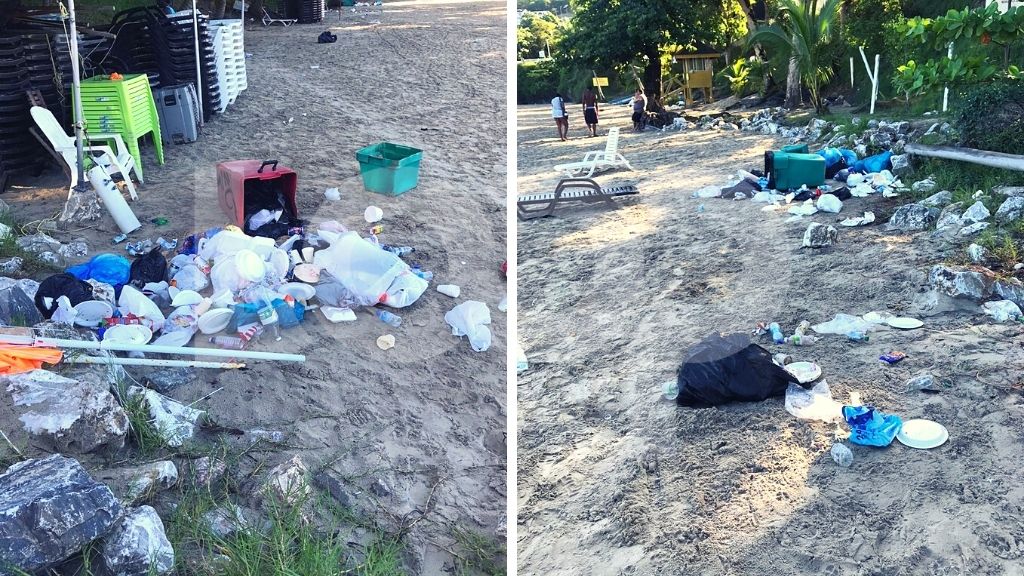 Maintenance workers at Las Cuevas Beach said conditions there are worsening as they are struggling to maintain the area without the proper tools.

Speaking to Loop News on condition of anonymity, a source said that workers there requested materials for cleaning the facilities approximately five months ago, but since then they have not received anything.

Some of the items they have asked for include gloves, rakes, weed wackers, and other items.

‘Yesterday we did nothing because we have no tools to work, the beach is in a terrible condition, both the beach and the driveway.

The source said the tools they did have have worn out and they placed an order about five months ago for the new items, but said they have been playing a waiting game.

'For over five months we have been asking for them and in the meantime we have still been trying to cope with whatever we have. We work hard to keep the beach and facilities clean, we don’t usually make a fuss because we like to see the area tidy. But we cannot continue like this.'

For three years until 2016, Las Cuevas was the only beach in the southern English-speaking Caribbean to be certified as a Blue Flag Beach; an international award given to facilities with high standards of environmental management.

The workers said they are confused as to why it is so difficult to obtain the supplies.

‘We try our best, but how much can we take? We keep complaining and they treat us like nothing. We work hard, everyone including the suprervisors come out to do their part. It’s really frustrating.’

Minister of National Security Stuart Young, under whose Ministry the department falls, said he is looking into the matter:

‘This is the first that I am hearing about this. I would like to know who the workers have been communicating with. I have asked the Permanent Secretary for a report to understand what are the issues, if any. Thank you for alerting me to this matter.’