Deyalsingh: 5 imported cases of malaria in T&T for 2019 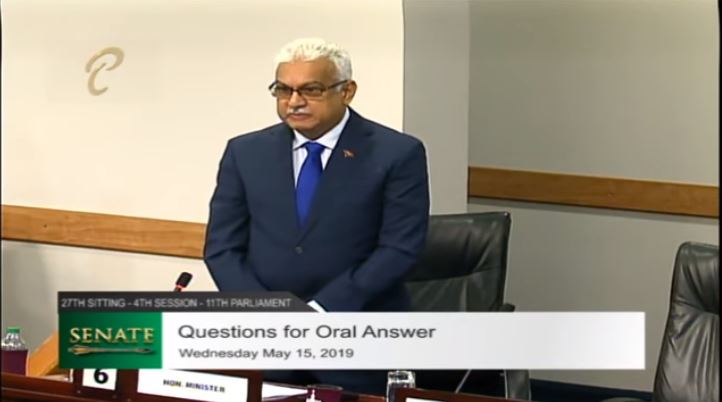 Trinidad and Tobago has had five imported cases of Malaria, so far this year.

The revelation was made by Health Minister Terrance Deyalsingh who was speaking in the Senate on Wednesday.

He was responding to questions posed to him by Senator Taharoa Obika.

"The number of laboratory-confirmed cases of malaria in Trinidad and Tobago for the period 2017 to present are as follows:

2017, 12 confirmed cases of which all were imported

As of March 31 2019, there were five confirmed cases, all of which were imported. To date, there are no deaths resulting from any of the above laboratory-confirmed malaria cases."

Minister Deyalsingh also noted that there are protocols in place to identify persons who are suspected of importing the virus to Trinidad and Tobago.

“The pilots of planes have to fill out a form and port health goes onto those aircraft and before anybody could disembark, that form confirms with the pilot’s signature, as the person in charge, whether anybody on the plane presents with an unusual fever. The same thing happens with ships, cruise ships and so on.”

He further noted that there are usually two or three cases of malaria borne in Trinidad and Tobago each year.

In July 2018, there was the establishment of an inter-ministerial committee to respond to the threat of malaria in Trinidad and Tobago tasked with providing oversight, direction and advice to the Minister of Health as well as developing policies and strategies for the prevention of malaria re-introduction and the strengthening of capacity to respond to malaria.

The committee  brings together stakeholders in a holistic approach to treat with the threat of malaria and comprises the representatives of the following ministries and bodies including the Ministry of Health, Ministry of Finance, Foreign and CARICOM affairs, National Security, Tourism, the Tobago House of Assembly, the Caribbean Public Health Agency and the Pan American Health Organisation.

Increase in imported malaria cases in T&T, but no outbreak