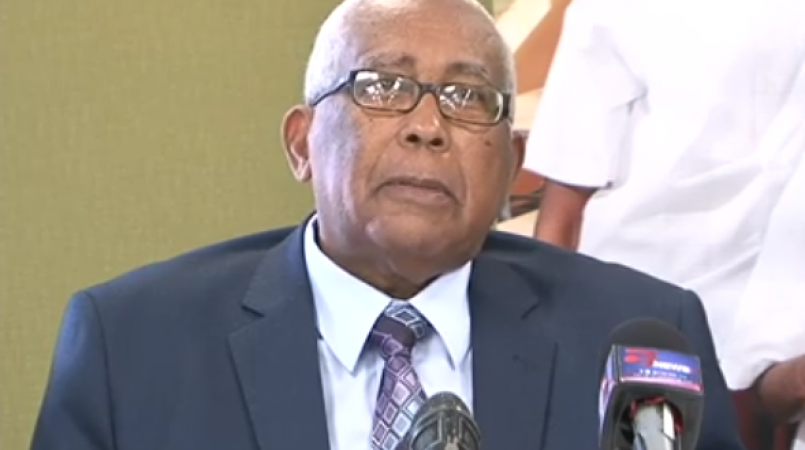 Education Minister Anthony Garcia said he has no intention of relinquishing his duties as a Government Minister now or anytime soon.

Minister Garcia made the comment as protest action was ongoing outside the Education Ministry yesterday, following a meeting between himself, the Oil Field Workers Trade Union (OWTU) and the University of Trinidad and Tobago (UTT).

While protestors asked for Garcia to step down, the Minister said, "That is part of union rhetoric remember, I am accustomed to that so, let the union members vent. That is important for them to vent and, in venting, they can ask for whoever they want to go."

Providing an update to the meeting between the Union and the UTT, Garcia said his Ministry attempted to facilitate and mediate between representatives from the union headed by President General Ancel Roget and members of the management team of the UTT.

He said a back and forth ensued as the Union highlighted concerns about overstaffing at the upper management level of the UTT while the University mentioned overstaffing within the entire organization.

"The union put forward proposals and their proposals centred on cutting with respect to senior management staff. The University countered by saying that there is overstaffing at all levels of the organisation of UTT; senior management, middle management and at the level of the workers. What we have decided, therefore, was to facilitate a meeting between the union and the management so that they can come to some agreement before we meet again."

Minister Garcia said no definitive decision was made during the meeting and added that on the request of the union, it was decided that he should facilitate yet another meeting between the two parties.

"I was very happy with the exchanges that took place, in fact, the meeting was conducted in an atmosphere of cordiality and things went well."

"The important thing is that this matter has to be resolved very shortly, we cannot have this matter prolonged for much longer."

Garcia: Incident at Valencia school blown 'out of proportion'

Three UTT guild members step down due to silence over restructuring