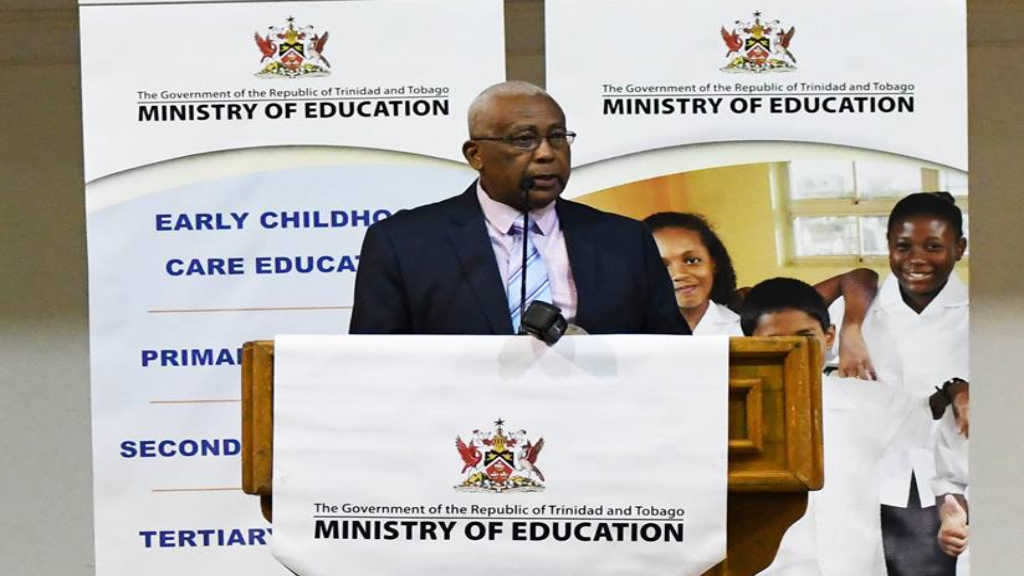 The media are being urged to practice responsible journalism and to keep the public informed with factual information and not misleading headlines.

The advice comes from Education Minister Anthony Garcia, who has denied that he bouffed his junior minister Dr Lovell Francis during the launch of the Education Ministry’s Carnival Safety and Awareness Programme at Naparima College on Tuesday.

Garcia explained that he took the opportunity at the launch to share some knowledge with School Supervisors, Principals and students on protocol etiquette.

He said his words were taken out of context, and resulted in a newspaper article with the headline “Garcia boufs Lovell”.

At the beginning of his address at the launch the Minister said, “On occasions like these it is important to recognise certain persons in the audience. Very often some people, like Dr. Francis said earlier, find that it can be boring and burdensome and what has crept into our vocabulary now is to come up to the podium and say “All protocols observed”.

I must say from my purview that that is not the wrong (right) way to proceed. I think it would be right for me in my capacity as Minister of Education to impart some knowledge. What is more acceptable to say is “The protocol listing already being established, I beg to move on.”

Garcia said the teachable moment was directed at one of the students who performed an entertainment item preceding him, “and by extension members of the audience who were mainly educators with the ability to share the same with their charges”.

The Minister added that he sought to clarify the statement he made at the launch and to provide context to the public.