Garcia on number being shared: 'Let the jack*** bray' 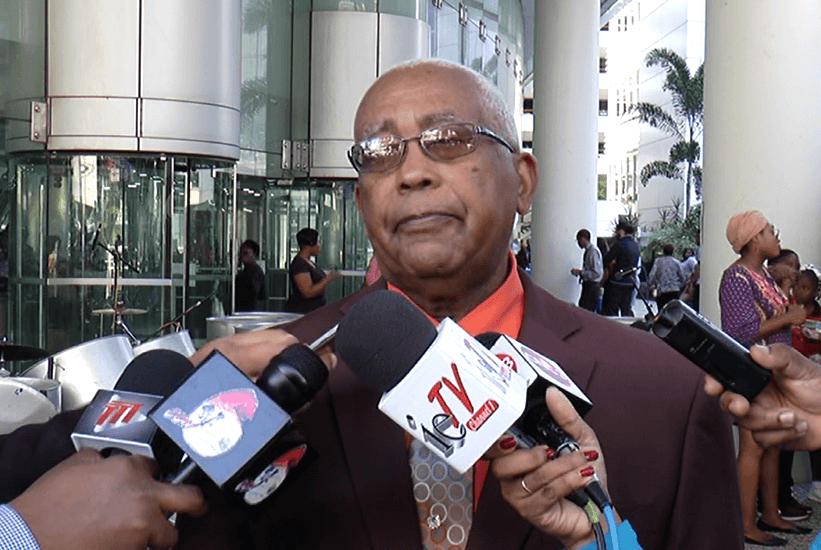 Former minister under the People’s Partnership government Devant Maharaj has continued to share the personal numbers of ministers under the present administration, this time, sharing the mobile telephone number of Education Minister Anthony Garcia.

In a social media post, Maharaj shared Garcia’s contact number along with photos allegedly taken at the Belmont Primary School, and urged parents to contact the Minister about the issues at the school.

Over the weekend, Maharaj shared the numbers of Prime Minister Dr Keith Rowley, who said he would change his number, and the National Security Minister Stuart Young, who indicated that he would keep the same number.

Speaking with reporters on Monday following the opening of Christmas celebrations at the Ministry’s St Vincent Street, Port-of-Spain headquarters, Garcia said he was unbothered by Maharaj sharing his personal number with the public over social media.

“My first thought on it was to recite a sentence issued by our late first Prime Minister: Let the jack*** bray. That’s my first reaction.

I have no problem with my telephone number being available to the media.”

The Minister said this is nothing new to him as he is accustomed having his number in the public domain, having served in local government for five years prior to becoming a Member of Parliament.

In his capacity as Arima MP, Garcia said he would continue to serve his constituents, ensuring that there needs are attended to as a matter of priority.

“As you would know, I served in the area of local government and one of the things that all local government practitioners must do is to ensure that their cellphone numbers are available to their burgesses.

And I’ll do everything to ensure that they get the type of service that they deserve, and if contacting me is one area of serving them, certainly, I will not flinch from that responsibility.”

He said he has received a number of calls asking what he is going to do about the school since his number was shared on social media.

However, he said these individuals are only out to “cause confusion” as there is no Belmont Primary School.

The Minister if these individuals were genuinely interested in fixing problems at the school, they would have properly identified which school was experiencing the problems.

“This just goes to show that the gentleman - and I refuse to call his name – he is doing everything possible to cause confusion and I will rise above that.”

“I will not sink to the depths that he has descended into.”

Asked if he would be making checks to determine which school it was pictured in the photos, Garcia said that he would not allow “the gentleman” to faze him.

He said the school does not look familiar to him from the photos shared.