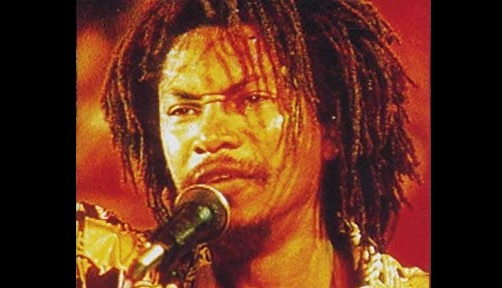 The legacy of iconic reggae singer Garnett Silk lives on.

Although he died 25 years ago, Silk remains a legend. He was a Rastafarian who sang about God, and his songs such as "Zion in a Vision", "Kingly Character" and "Love Is the Answer" celebrate the true love of the Almighty.

December ushers in an air of melancholy for the singer's family and friends as it represents the anniversary of the singer's tragic death.

Silk had gone to spend time with his mother, Etiga Gray, in his Hatfield Ward Park hometown in Mandeville, where he was building her a house. Then on December 9, 1994, the 28-year-old, along with his mother, perished in a fire. The singer's thanksgiving service was held on December 25, 1994.

"He lives on and we all in the music industry need to do more to make the younger generation know about the amazing works of Garnet Silk, his music...," veteran reggae artiste Anthony B told Loop News.

"His message was strong, meaningful, deep and was inspirational to many youths in the little time he had in his musical career. He was an artiste and a man way ahead of his time so I would say Garnet Silk is, in my book, one of reggae music's legends and a pioneer for the Rastafarian culture and Jamaican ghetto youths of his generation."

Anthony B added that Silk's influence extends to the current generation of musicians.

He said: "He left a mark in my mind and memories forever. Long live The Legend Garnet Silk....love is the answer, love is the only way love is what we need in our hearts today."

Silk was a prominent member of the vanguard of roots-reggae artistes who rose to the forefront of the music scene even against the background of the trigger-pulling, profanity-spewing lyrics of the dancehall space in the early 1990s.

His contribution to the industry helped to shape the sound of the genre into the new millennium. His songs still enjoy airplay today.

Silk is survived by Novlyn 'Lovey' Banton, and seven kids, four of whom he sired with Lovey Banton including singer Garnet Silk Jr.