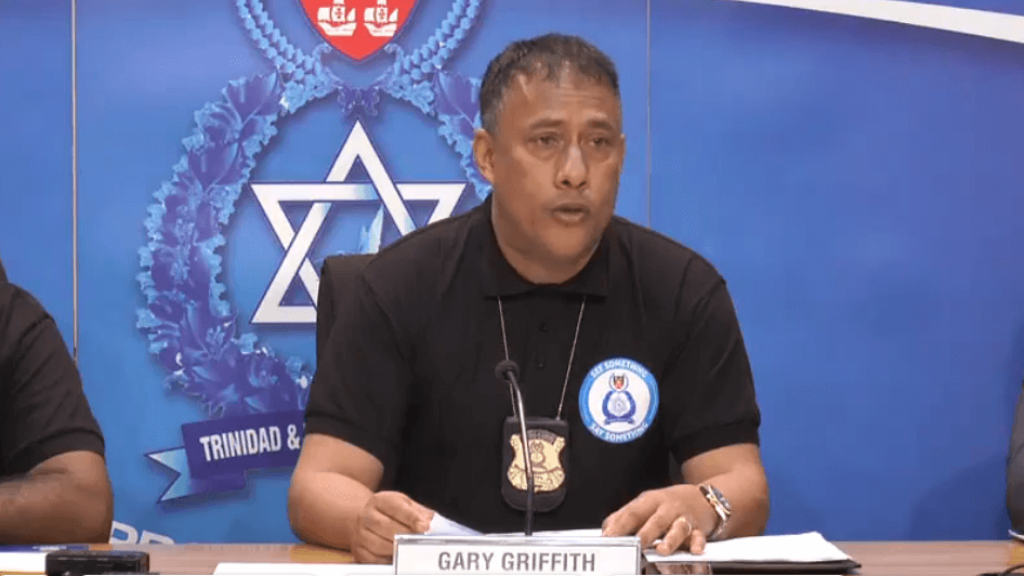 This, as two social media posts are now engaging the attention of the police.

At a weekly briefing at the Police Administration Building in Port-of-Spain on Wednesday, Griffith said investigations are underway into threats made in a video to “bury” a female political leader and another post alleging that patients are being injected with the H1N1 virus.

“We have to be very careful of the comments that we make… Any person making use of any insulting, annoying or violent language which might tend to provoke any person to commit a breach of the peace… With that, it means that individual will be brought in for questioning.”
He warned that the authorities would not condone threatening language in any form or fashion, especially not during election campaigning.

On the claim of medical practitioners being paid to deliberately infect patients with the swine flu, Griffith advised citizens that they must be mindful of the comments they make on social media.

He described the claims as tantamount to madness and reminded citizens that no one has a divine right to say and do what they want.

The Police Commissioner said both individuals behind these posts will be found by police and brought in for questioning.

“This madness stops now… This is not a banana republic. No one has the right to say and do what they want that can affect the rights and the safety and security of the citizens.

Definitely not on my watch,” Griffith declared.

Meanwhile, the Police Commissioner reminded members of the public that it is an offence under the Summary Offences Act to place election paraphernalia including posters on public and private property without the permission of the owner.

Griffith also made a formal request for political parties to work with the Police Service to ensure the security of those attending meetings.

You're free to post police whereabouts, roadblocks on social media