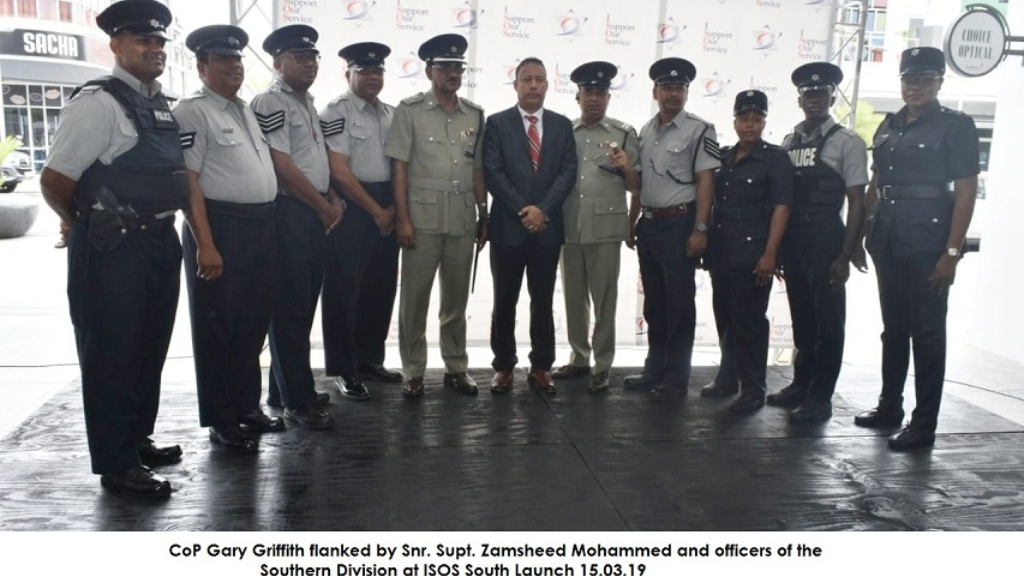 Police Commissioner Gary Griffith said the outpouring of support from the national community showing their recognition and appreciation of police officers, has inspired and encouraged the Police Service (TTPS) to continue expanding the ‘I Support our Service’ (ISOS) initiative.

He made the comment as he addressed the South launch of the initiative on Friday, at the Breezeway, South Park, Tarouba, San Fernando.

Griffith said the public outpouring of gratitude is having a very positive impact on the morale and performance of the officers of the TTPS. He said, in turn, police officers are now more passionate, dedicated and proud of their duties to protect and serve Trinidad and Tobago.

Also speaking at the event was Mayor of San Fernando, Junia Regrello, who gave the assurance that the southern city stands ready to support the TTPS in charting a path to peace and justice for the nation. He noted that citizens place immense trust and faith in all officers to uphold law and order and their efforts need to be commended and recognised.

CEO of the RHL Group, Anthony Rahael, encouraged all his colleagues in the San Fernando business community to support and play an active role in the ISOS initiative, to show their appreciation to the men and women of the TTPS.

The Eastern Credit Union also made a donation of $25,000 to the initiative, along with 50 gift certificates valued at $100 each to be distributed to law abiding citizens in the ‘Caught in the Act’ campaign.

The event was also attended by acting Senior Supt of the ‘Southern Division’ Zamsheed Mohammed and President of the Trinidad and Tobago Police Service Social and Welfare Association acting Insp Michael Seales.