Gary: I was invited not summoned 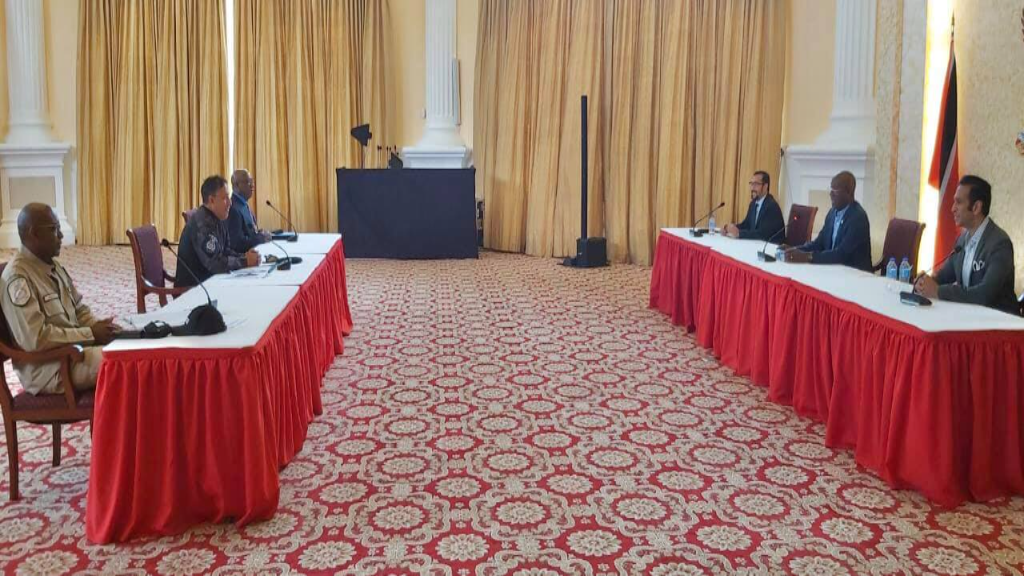 A photo taken by the Office of the Prime Minister during this morning's meeting between senior police officers and government ministers.

Commissioner of Police, Gary Griffith is disputing that he was ever ‘summoned’ to meet with the Prime Minister this morning; instead, Griffith says he was invited.

In a media release following the meeting, Griffith said that the invitation came through the Minister of National Security, for the CoP, as well as the Attorney General and the two Deputy Commissioners of Police, Jayson Forde and Mc Donald Jacob to attend.

The TTPS says it is unfortunate that the Communications Unit of the Office of the Prime Minister does not understand the difference between ‘invited’ and ‘summoned’. The TTPS says it was also unfortunate that the Communications Unit at the OPM could try and put the Prime Minister in such a bad light, when that certainly was not the atmosphere and purpose of the meeting at the Diplomatic Centre this morning.

In closing, the release assures that the meeting was very cordial and now the emphasis will be on all parties moving forward to ensure that the Public Health Ordinance regulations are adhered to by members of the public during the COVID-19 Pandemic.

The meeting follows a weekend of cross talk between the Commissioner and the Prime Minister over the police service's use of the Public Health laws.