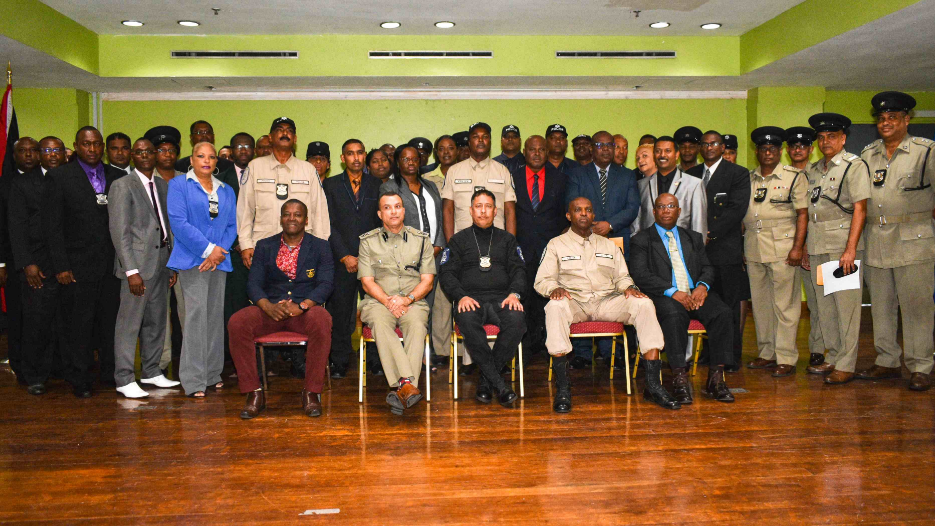 Commissioner of Police, Gary Griffith, promoted 48 police officers of the Trinidad and Tobago Police Service (TTPS) to the ranks of Superintendent, Assistant Superintendent and Sergeant of Police.

The promotion ceremony took place today, at the Police Administration Building in Port of Spain.

Addressing the gathering, Commissioner Griffith said the TTPS is on the threshold of modernization and transformation, and as leaders, the officers must be the catalyst with the way they act and approach their duties as it will play a part in how quickly the TTPS develops as a service.

He encouraged the officers to operate at a high standard and remove rogue elements and to serve with passion and pride as they return to their respective divisions.