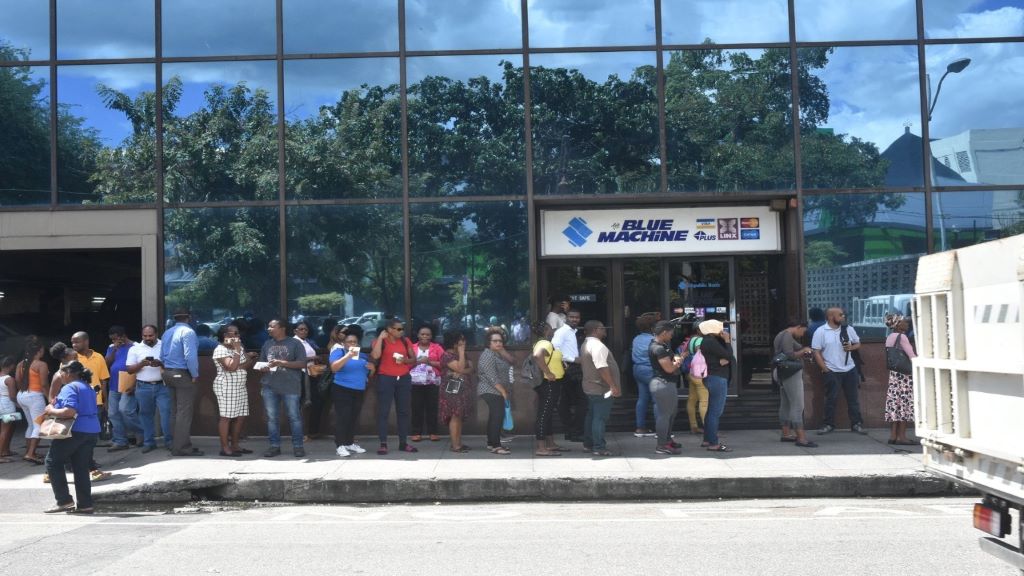 The Trinidad and Tobago Police Service (TTPS) may be forced to close banks, supermarkets, and markets if citizens do not adhere to "the guidelines of not congregating in numbers over five."

The warning comes from Police Commissioner Gary Griffith who said failure to comply with the established social distancing guidelines “would be our biggest failure” and could spread the new coronavirus (COVID-19).

Government on Tuesday revised its earlier limit on gatherings from no more than 10, to less than five. However, while these provisions as stipulated in the regulations set out in the public health ordinance, apply to gatherings in public places, it excludes gatherings associated with essential businesses.

Griffith noted that while the banks and supermarkets have been limiting the number of persons allowed inside the premises at any given time, there are hundreds outside who are standing closely together.

He advised customers outside the banks to allow the elderly to go ahead of them so that they may conduct their business quickly.

“It takes just one person with the virus outside these premises to infect others,” he said.

To ensure compliance, Griffith has asked Minister of National Security Stuart Young, who has agreed, that these institutions place markers outside their premises where customers would have to stand six feet apart.

He suggested that these markers, in the first instance, could be in the form of a tape or chalk.

He advised customers to take note of this, observe the markers, and only move forward when the person in front of them moves.

Griffith stressed that the failure of these institutions to comply could lead to police officers having no choice but to close them.

Banks close some branches, cater to elderly with adjusted hours