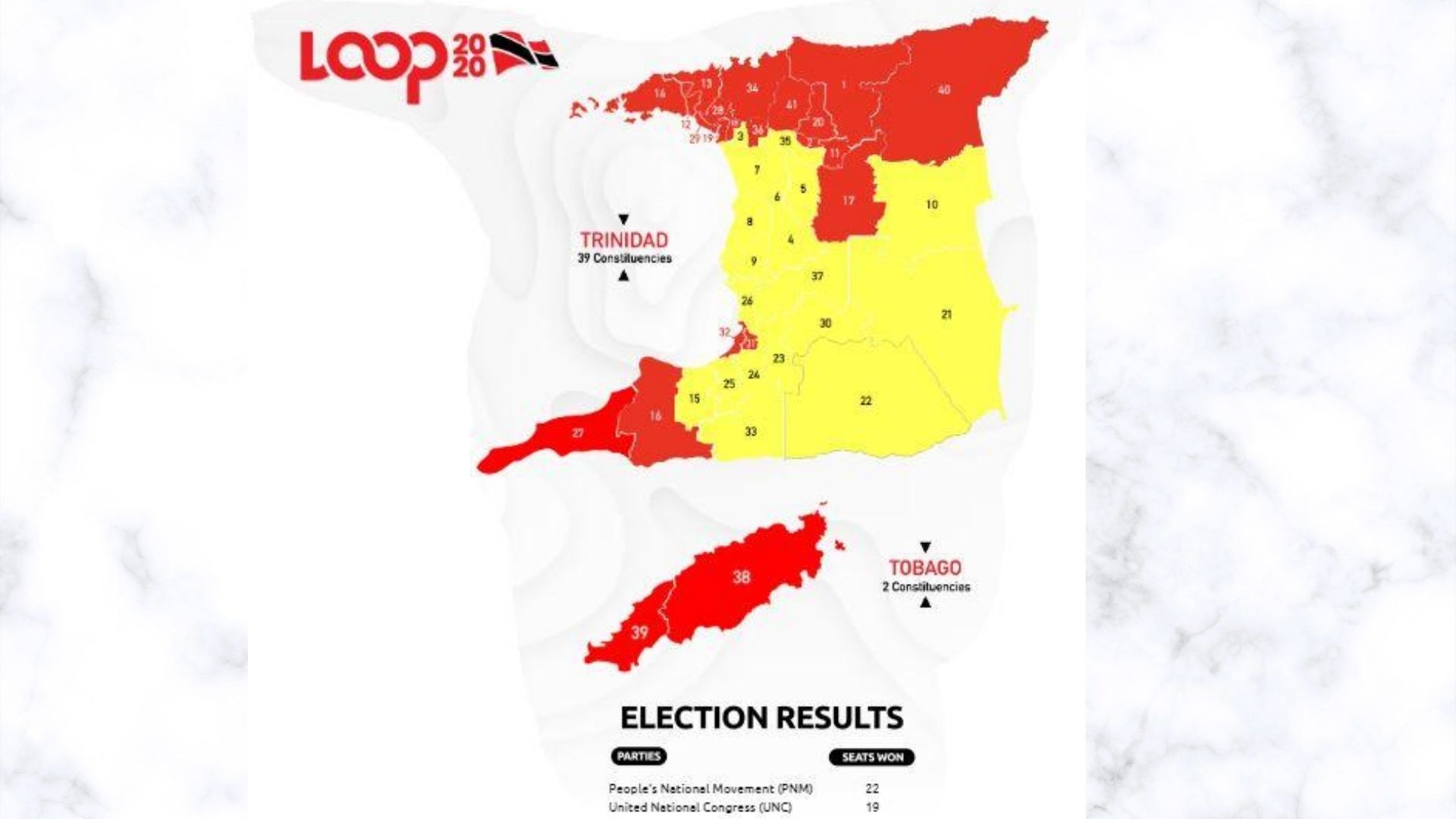 A screenshot of the Loop TT Live Election Map showing the declared seats for each political party.

The announcement of the results of the 2020 General Election was an abrupt end to five weeks of extraordinary election campaigning in the midst of the COVID-19 pandemic.

The PNM lost one seat - Moruga/Tableland - to the UNC. The UNC, in turn, gained the St Augustine seat formerly held by Congress of the People's Prakash Ramadhar.

While the political leader of the UNC, Kamla Persad-Bisessar, has already said she intends to demand a recount of votes in some marginal constituencies, as it stands, the PNM will form the government of Trinidad and Tobago for the next five years.

Below is a list of all the candidates who, up to 2:35 am on Tuesday 11 August, were successful in their seats in the General Election.

For more details check out Loop News' Election Map. It will be updated with final numbers from the Elections and Boundaries Commission later on Tuesday.