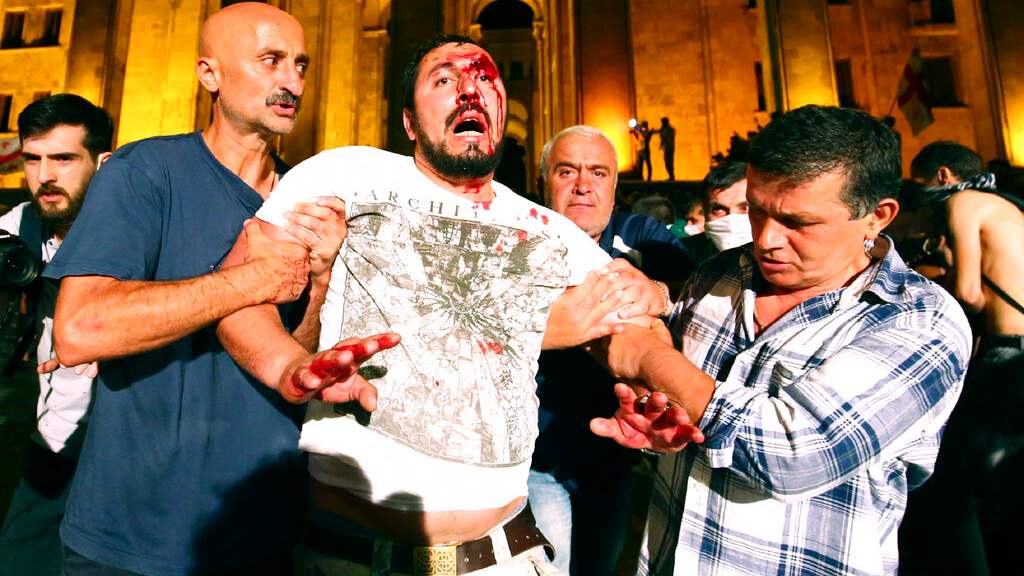 Opposition demonstrators help a wounded man during a protest at Georgian Parliament to call for the resignation of the speaker of the Georgian Parliament in Tbilisi, Georgia, Friday, June 21, 2019. Police have fired a volley of tear gas at a massive throng of protesters outside the Georgian national parliament, who are trying to storm the building and are demanding the government's resignation.(AP Photo/Zurab Tsertsvadze)

More than 200 people were injured in a night of clashes in the Georgian capital, and half of them are still in the hospital, a top health official said on Friday.

Zaza Bokhua's statement came soon after the nation's president, Salome Zurabishvili, said that she was cutting short her trip to Belarus to return to the capital, Tbilisi, to deal with the crisis sparked by the appearance of a Russian lawmaker inside the Georgian parliament. 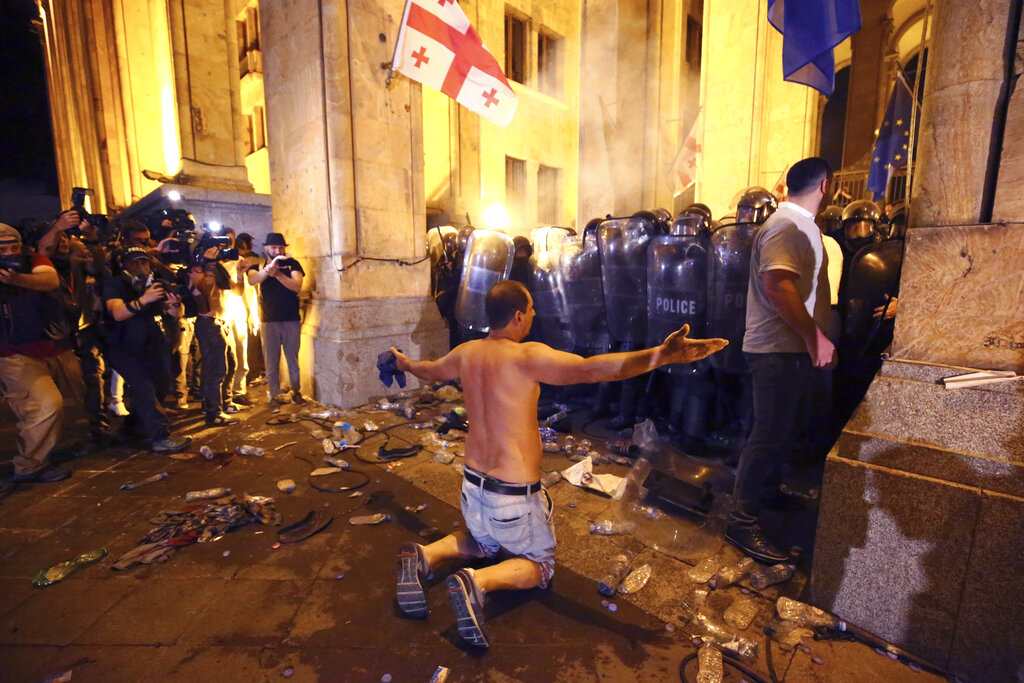 The Georgian opposition has called for a new protest outside the parliament on Friday evening, Grigol Vashadze, who lost to Zurabishvili in the runoff, said on Rustavi 2 TV.

The unrest was sparked by the scheduled appearance of Russian lawmaker Sergei Gavrilov, a Communist Party member, at parliament as part of an assembly of legislators from Orthodox Christian countries.

The visit of the Russian delegation of the Orthodox assembly had prompted complaints before, but the anger turned into a street protest after Gavrilov sat in the chair of the Georgian parliament speaker during a session of the assembly.

Bakhtadze called the public outpouring "genuine" but said that the protest was hijacked by "the leaders of the destructive opposition who violated the law and the Constitution." 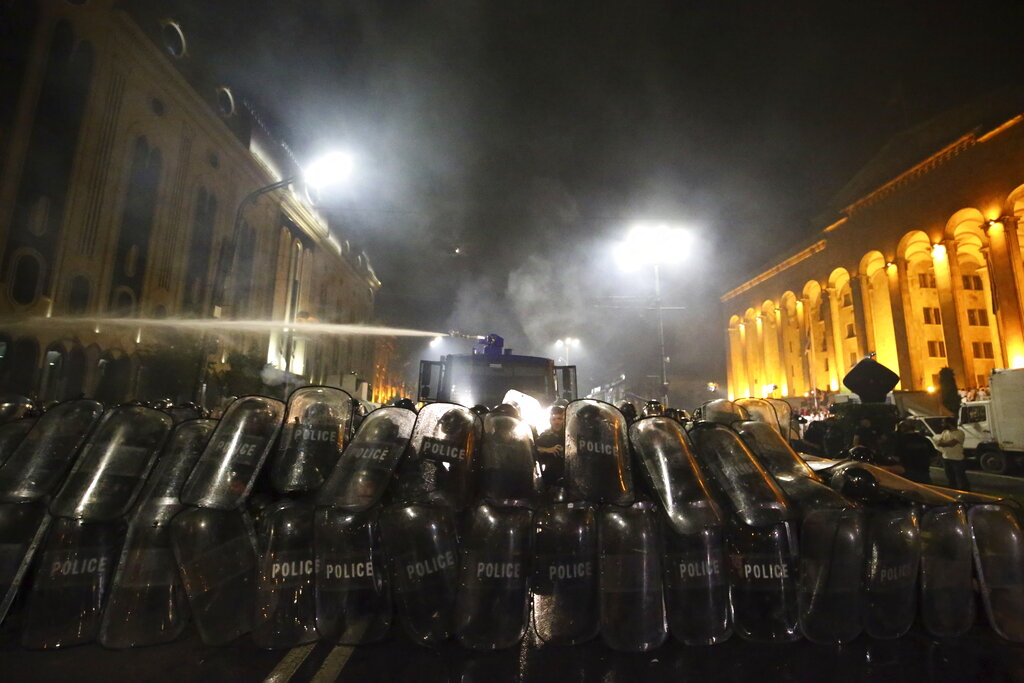 Georgia and Russia fought a brief war in 2008 at the end of which Russia recognized the independence of Georgia's two breakaway republics, Abkhazia and South Ossetia, and still continues to fund and arm the separatist governments there.

The two countries broke off diplomatic relations after the war but steps have been made in recent years to restore ties, including Georgia scrapping visitor visas for Russians and Russia lifting a ban on Georgian wine imports. But animosity toward Russia is still strong due to the Kremlin's support of the two separatist governments.

Gavrilov on Friday blamed the clashes on "radical groups" who were trying to stage a "coup." Speaking on state Rossiya 24 TV channel, Gavrilov rejected reports that he was fighting on the side of the separatists in Georgia's Abkhazia, insisting that he had only been there on "humanitarian missions."

Russian officials reacted to the protests with anger, blaming Georgian politicians trying to undermine the slow thaw in relations between the two countries.

Kremlin spokesman Dmitry Peskov mentioned thousands of Russian tourists vacationing in this South Caucasus nation as one of the reasons Moscow is concerned about what he has called an anti-Russian "provocation."