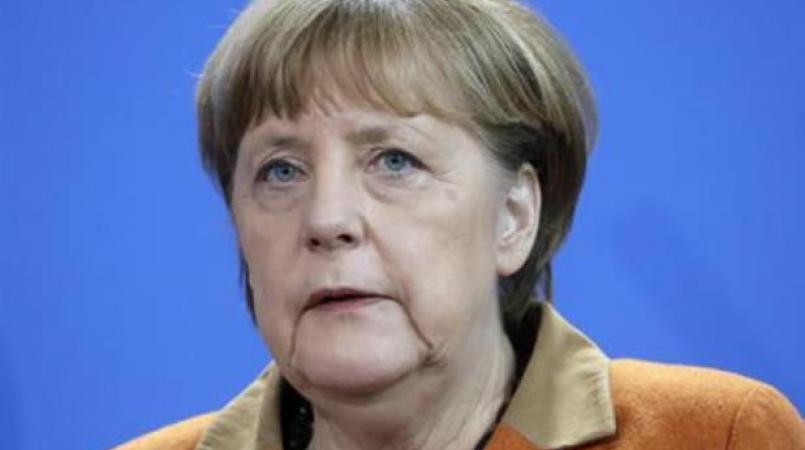 German Chancellor Angela Merkel defended an election campaign that left her conservative bloc in first place but significantly weakened as she embarked Monday on what could be a lengthy quest to form a new government.

Merkel said the success of a nationalist, anti-migrant party that finished third in Sunday's election won't influence her foreign, European and refugee policies. She once more defended her decision to let in large numbers of migrants, saying Germany wouldn't again face the humanitarian crisis that let to it.

Merkel conceded that it had to led to "polarisation, connected with me personally" but said that a lot of progress has since been made.

The center-left Social Democratic Party has been Merkel's partner in a "grand coalition" since 2013. The party finished second, but leader Martin Schulz said its dismal showing would require the Social Democrats "to be a strong opposition" going forward.

Germany, Europe's biggest economy, has no tradition of minority governments, and Merkel has made clear she doesn't want to go that route. It would be a tall order anyway, as her bloc only holds 246 of the new parliament's 709 seats.

The most politically plausible option is a three-way coalition with the pro-business Free Democrats and the traditionally left-leaning Greens. The combination, called a "Jamaica" coalition because the parties' colours match those of the Caribbean nation's flag, hasn't been tried before in a national government.

Merkel said Monday she will seek talks with the two parties, as well as with the Social Democrats. There's unlikely to be much movement before a state election Oct. 15 in Lower Saxony, one of Germany's most populous states.

"It is important that Germany gets a good, stable government," she told reporters at a subdued news conference in Berlin. "All parties ... have a responsibility that we get a stable government."

Merkel will have to bridge differences between the Free Democrats and Greens. The parties have a tradition of mutual suspicion as well as differences on issues including environmental policy, European financial policy and the auto industry's future.

Merkel also faces pressure from conservative allies for an effective response to the third-place finish of the nationalist Alternative for Germany, or AfD. The party won seats in the national parliament for the first time Sunday after a campaign that centered on harsh criticism of Merkel and the migrant influx.

Still, the election results left no other party besides Merkel's bloc able to lead a new government, and Merkel herself lacks an obvious internal challenger. She dismissed the idea of seeking a new election.

Merkel's campaign focused squarely on her 12 years' experience leading Germany through a period of international turmoil but offered few ideas for the future.

"I can't see what we should have done differently," Merkel said. "I thought this campaign through well."

Oskar Niedermayer, a political science professor at Berlin's Free University, said he "wouldn't want to bet" on a "Jamaica" coalition coming together, saying the parties appear so far apart in many areas that solid compromises are hard to imagine.

If the talks fail, he told n-tv television, the Social Democrats will face the question: "Do they want to take the blame for early elections or will they let themselves be forced into a coalition?""

The talks "will certainly be very complicated and very difficult," said the Greens' co-leader, Katrin Goering-Eckardt. "We will negotiate with great responsibility and great seriousness."

Merkel's outgoing government took office nearly three months after Germany's 2013 election, a post-World War II record that could now be exceeded. Merkel said she won't be able to tell fellow European Union leaders at a summit this week when her new administration will be in place.

She noted, though, that the Netherlands still hasn't formed a new government after an election in mid-March.

"I'm not the most urgent case yet," Merkel said. "I will assure my colleagues that Germany will act responsibly in the phase in which we are in transition."

Merkel bids for fourth term as Germans head to the polls