Get a 'bess' taste of Trinidad and Tobago at Bessfest 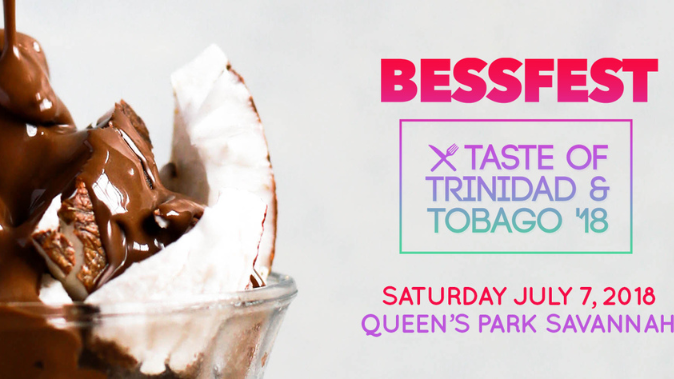 Bessfest: Taste of Trinidad & Tobago is returning for the second year and is hitting the Queen's Park Savannah on Saturday, July 7.

The food festival aims to give foodies the opportunity to indulge in the best of the best in local cuisine and will feature a range of restaurants, caterers, and artisan vendors.

Dubbed as the ultimate food experience, the festival will include over 70 food and drink vendors from across the country and even some from abroad including Hashi, Nice n' Spicy, The Pallet, Quan Kep's Pork Shed, Uncle Tony's Smokery, and Gianni's NY Gourmet Ices.

Bessfest is meant to showcase the diversity of the country through gastronomy, according to festival founder, Andrew O’Brien.

“We wanted to host a festival on the magnitude of international food festivals and make Trinis want to come out and taste our culture, something that everyone can have access,” he said.

While the primary goal is to attract a local audience, the festival has attracted a large international contingent. According to O’Brien, 25% of patrons last year were comprised of tourists. “This year, we’re working with the Tourism, Culture and Agriculture Ministries to expand the festival in such a way that if someone is visiting Trinidad and Tobago for the first time, they can get a fully comprehensive taste of our country, he said.

Bessfest is also offering patrons the opportunity to go beyond the dish. With the 'Tastemaker Sessions', foodies will get the chance to learn more about recipes, ingredients, flavours and brands from Trinidad and Tobago via cooking demonstrations, sampling and tutorials. The Sessions will feature chefs, industry leaders and brands that will show patrons how to execute featured recipes.

Fully Loaded and VIP Passes cost $250 and $500, respectively and will include:

Group rates are also available and can be purchased in sets of four:

Passes are available at Craft Creators in West Mall, Trincity Mall, as well as Tradewinds Hotel in San Fernando.