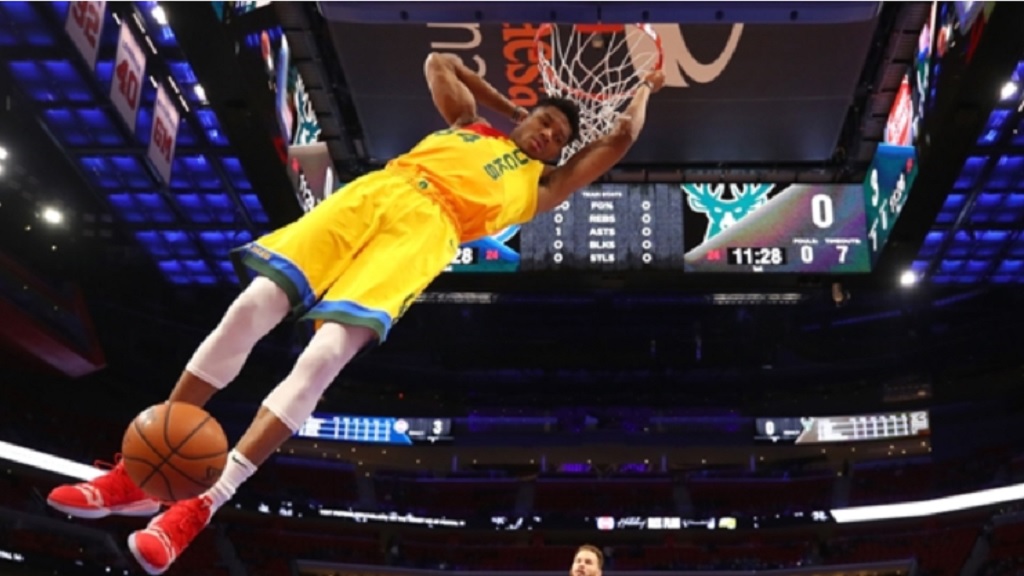 Giannis Antetokounmpo staked his claim for NBA MVP honours after leading the Milwaukee Bucks to a 128-122 win at the Philadelphia 76ers.

The Bucks came from behind to upstage the 76ers in Philadelphia as they secured the top seed in the east thanks to Antetokounmpo, who posted 45 points and 13 rebounds.

Down five points with less than two minutes to play, Antetokounmpo could not find a way to get a shot off as the 76ers keyed on him, but he influenced so many plays it did not matter on Thursday.

The 24-year-old star tallied three rebounds, three assists, and a block during that span as the Bucks finished the game on a 15-4 run.

"That felt like a statement, especially what he does defensively with five blocks and 13 rebounds, it changes the game," he said.

Antetokoumpo finished with six assists, five blocks and zero turnovers and he needed every single one of those stats as Joel Embiid seemed to match him play for play via 34 points, 13 rebounds and 13 assists of his own.

Bucks star Antetokounmpo sent back one Embiid shot late in the game and blocked the All-Star center three times through the 48 minutes.

Sacramento Kings guard Buddy Hield had a game-high 23 points on nine-of-16 shooting in his team's 117-104 win over the Cleveland Cavaliers.

Playoffs on the line in Eastern Conference

With two to four games left for most teams in the east – the sixth, seventh and eighth playoff spots are still up for grabs. Here are all the games to watch on Friday as 26 of 30 teams are in action.

Raptors (56-23) at Hornets (36-42) – The Charlotte Hornets are all but eliminated, but not mathematically. A loss to the Toronto Raptors would all but knock them out.

Hawks (29-50) at Magic (39-40) — The Orlando Magic are tied with the Brooklyn Nets for the seventh playoff spot with three games to play.