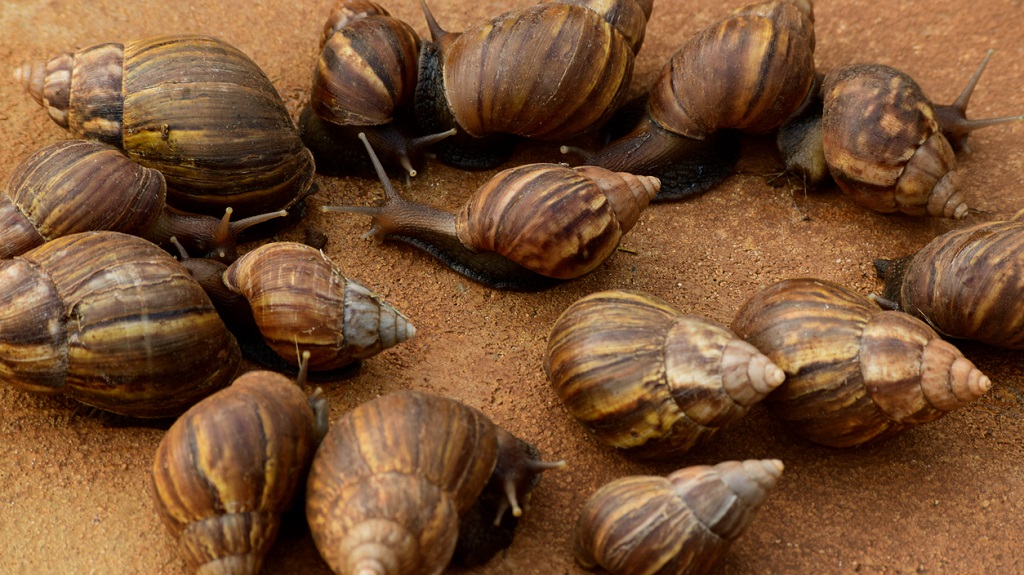 Mohammed shared a post to social media asking people within the burgesses to report if they have spotted the animal on their premises:

'It has been brought to our attention that some burgesses are being negatively affected by the Giant African Snail. We are encouraging you all to read the attached flyer and see the link below on how to treat with this issue.'

'We also invite you to make use of our hotline 72-MAYOR where you can call or WhatsApp us photos of the snail. Please state your name, address and contact number so we can pass this information on to the Ministry of Agriculture.'

Several commented below the post that they are being affected by the creatures, which are carriers of the rat lungworm parasite and should not be touched with bare hands.

One woman said: 'Our neighbourhood is infested by these. It's just horrible. Our yard is over run by them. We called the Ministry and all they did was tell us what chemical to get for us to kill them. No amount of spraying kills them out. More just keeps coming.'

Another man said: 'Rodney Branch Road Endeavor Chaguanas is full of African snails. I reported this to the Ministry of Agriculture 3 months ago. To this date, no one came.'

Another man said: 'It's really bad here in La Horquetta Trace,Tumpuna road Arima. Every month I have to spend at least 200 in bait to lessen their numbers.'

Other areas where the snail was reported include Felicity, Munroe Road, Southern Main Road, Endeavour Road, Freeport, Chase Village, and Lime Head Road among others.

Rat lungworm (Angiostrongyliasis) is a disease that affects the brain and spinal cord. It is caused by a parasitic nematode (roundworm parasite) called Angiostrongylus cantonensis.

According to the Ministry of Agriculture, Land and Fisheries, the giant African snail (Lissachatina fulica formerly Achatina fulica) is native to East Africa and was introduced into the  Caribbean in the 1980s.

It was first discovered in Diego Martin, Trinidad in October 2008. Since then it has spread to other areas of Trinidad including Aranguez, Golden Grove, Chase Village and San Fernando.

It is a land snail that can grow up to 20 cm (7.9 inches) in length. It is on the list of the world’s 100 most destructive pests. Its presence in a country can affect trading with other nations. 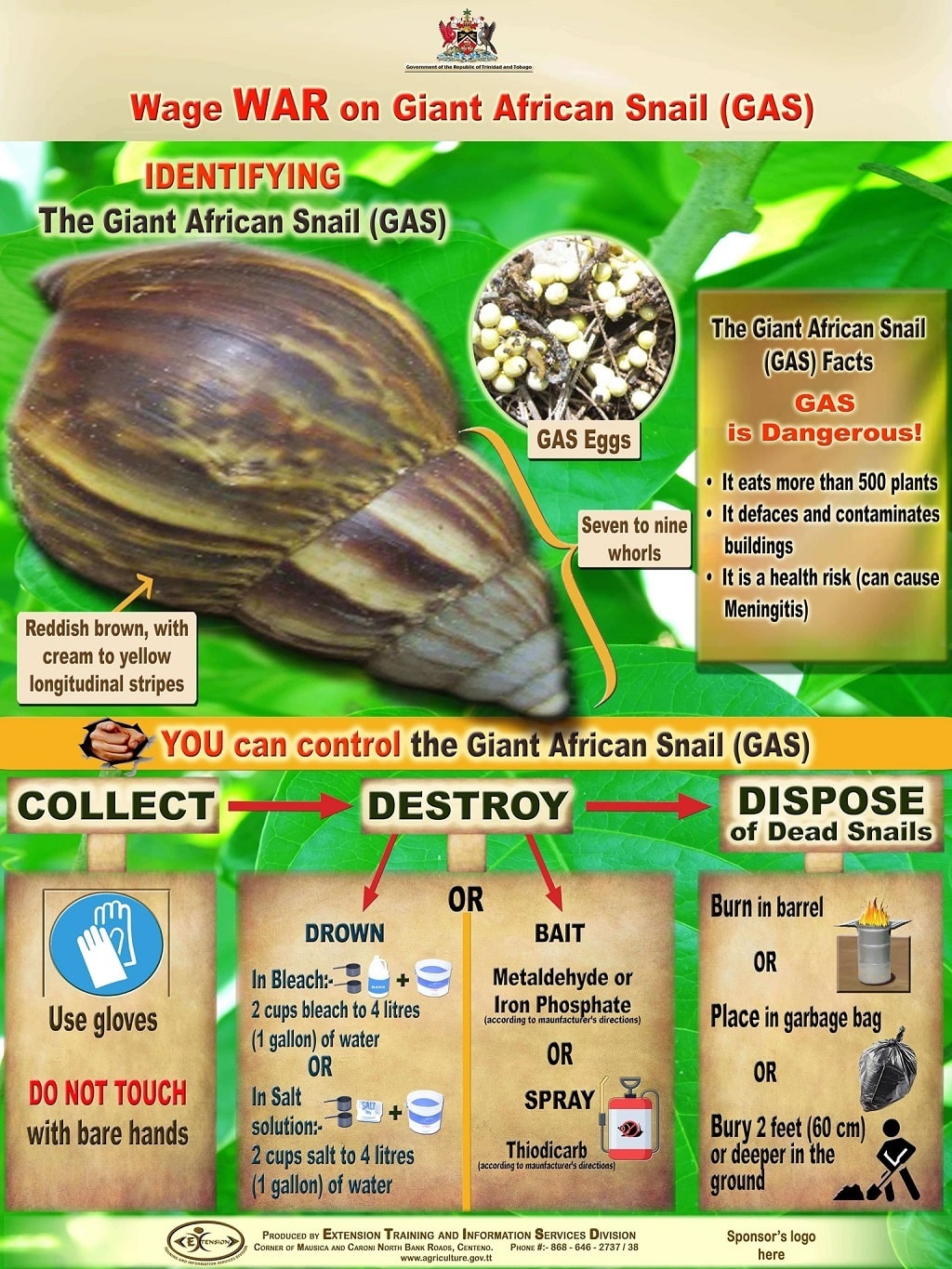 The Giant African Snail is described as reddish brown with cream to yellow stripes running in one direction along the length from the pointed part of the shell. The shell has seven or more whorls.

The number of whorls allows GAS to be easily  distinguished from two local snails (Orthalicus sp. and Megalobulimus sp.).

The Orthalicus sp. usually has less than five whorls and a black X on its’ back (Figure 2a). The  Megalobulimus sp.(Figure 2b) has a pale white shell and can grow as large as the GAS. Local snails are harmless. DO NOT KILL local snails.

Report any Giant African Snail sightings to 646-6284 or in Tobago 639-4616, or email a photo of the snail with the location and other details to snailreport@ gmail.com.