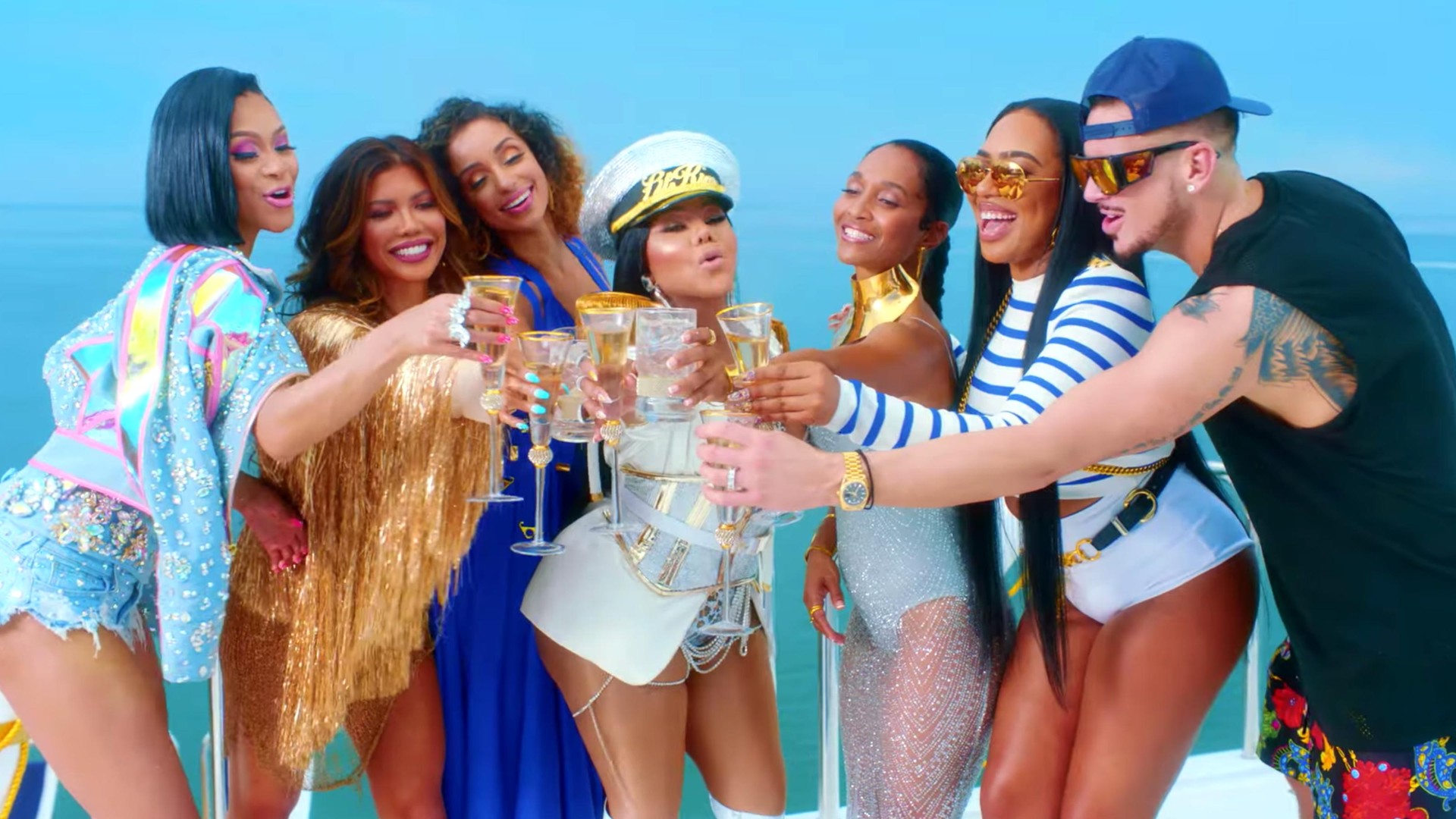 'Girls Cruise', a mini-series of nine episodes will set sail into Tobago and onto the screens of millions of viewers on August 12, 2019. Four episodes of the new hit series will showcase Trinidad and Tobago, every Monday from August 12.

The show was previously set in neighbouring Barbados. ‘Girls Cruise’ is a VIACOM/VH1 production that follows L’il Kim, Chili (of TLC), Mya, as they sail through the Caribbean to experience sisterhood and new adventures with their social media influencer friends and entertainment media moguls.

Local entertainer Rome was cast in a supporting actor role, aboard the luxurious Sherakan Yacht. 'Girls Cruise' which is new to the VH1 roster has surpassed anticipated ratings and has trended weekly with an average of 3.5 million viewers with over 5 million social media followers in its premier season.

This is expected to increase with the fan audience anticipation and excitement of the Trinidad episodes during carnival due to extended social media coverage both during and after Trinidad Carnival by the cast. The mega production company Big Fish Entertainment produced Girls Cruise for VH1/VIACOM. Lisa Wickham’s Imagine Media International Limited served as the local production entity on the heels of completing Love and Hip Hop Atlanta, Season 8, which also filmed in Trinidad and Tobago over the 2019 Carnival Season.

The production received support from local companies including Trump YCS - Yacht & Concierge Services who expertise in luxury yacht experiences in the Caribbean was valuable for the facilitation of the yacht and crew. Hotels used were the HYATT, Radisson and Coco Reef hotel in Tobago. Locations included the Port of the Port Authority Waterfront, HYATT hotel, Pigeon Point Bay, Hasley Crawford Stadium, Ariapita Avenue, the Socadrome and the backdrop of Chaguaramas.

US-based Trinidadian producer Sherrese Moise who has worked for many years as a consulting producer with several Viacom Television partners including VH1 and BET on a variety of productions served as Supervising Producer on the four episodes of 'Girls Cruise' which featured the beauty, culture and people of Trinidad and Tobago.

Moise, who also worked on five episodes of 'Love and Hip Hop Atlanta' which featured the eco-tourism of Trinidad, continues to support the local film industry by consistently engaging international film and television companies and productions to consider Trinidad and Tobago as a viable filming location and source of filming crews, talent and valuable resources.

According to Producer/Director Lisa Wickham, who also served as Supervising producer on the 'Girls Cruise' episodes: “Entertainment is the new oil with the global entertainment industry standing at near two trillion US dollars. I am extremely pleased that once again we are being viewed as a viable option for destination filming allowing us to tap into this opportunity.

"The impact of international productions on the economy is significant. Trinidad and Tobago as a location for film is an export product. I congratulate also the 20 or so local crew members who worked tirelessly and professionally alongside over 60 international cast and crew."

Wickham has also been the Trinidad and Tobago Producer of the Warner Brothers/COMPLEX 'The Nun' activation and the hit ITV, UK series Chef Ainsley’s 'Caribbean Kitchen'. Girls Cruise combines the beauty of Trinidad and Tobago and the vitality of Carnival.

While in Tobago, 12 cast members experienced the Nylon Pool and beaches of Tobago as well as the energy and excitement of j’ouvert, Monday night Mas with Rogue Carnival, Tuesday Parade of the Bands with Paparazzi and Tribe and an up close and personal party with Machel Montano and his friends Nailah Blackman and Alison Hinds.

Celebs in town: Stars who touched down for Trinidad Carnival

3rd major COVID-19 vaccine shown to be effective and cheaper