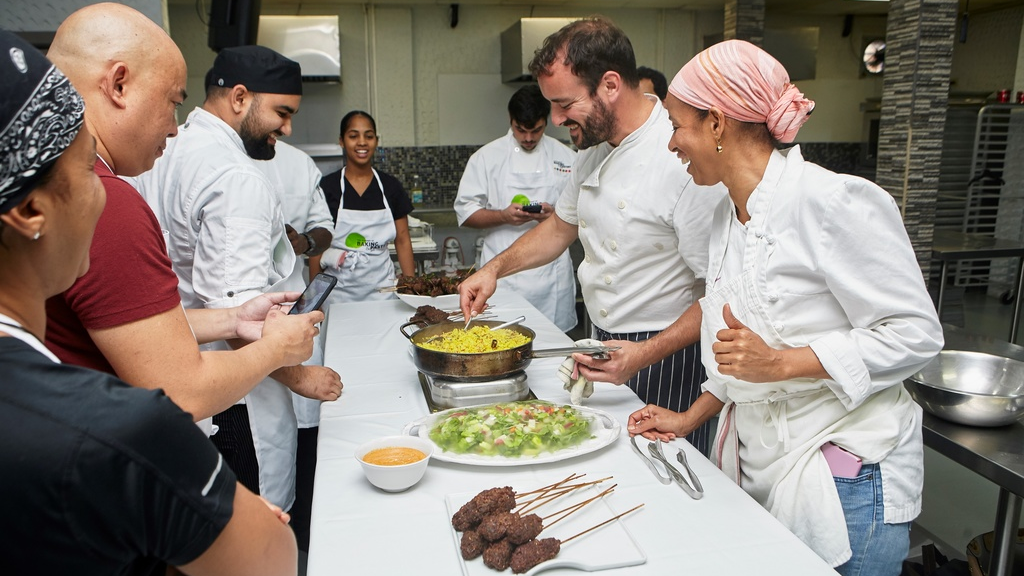 Chef James Whetlor, and Chef Bianca Bianco put out dishes cooked by participants at the Goat - More Than Just Curry course at The Academy for Baking and Pastry Arts in Woodbrook on June 28. Photo: Marlon James

James Whetlor didn’t know what to expect when he came to Trinidad and Tobago.

But when he left, he took with him a love for doubles, the joy of eating a mango plucked from a tree, an appreciation of T&T’s cuisine and a heart filled with pride because an event he created has taken root in places he never imagined.

Whetlor is the man who popularised Goatober in the United Kingdom and Europe, an event that was started in the United States with Erin Fairbanks and renowned cheesemaker Anne Saxelby who wanted to end the practice of euthanising young male goats for which the dairy industry had no use.

Goatober was created as a month-long celebration on the menu of New York restaurants as a way to promote goat meat as delicious, ethical and sustainable.

In 2016, UK Whetlor, a chef and owner of Cabrito, introduced Goatober to the UK and to mainland Europe the following year.

Whetlor made his first visit to Trinidad last week for the official launch of GoatoberTT, an initiative by media personality and food writer Franka Philip.

Over the weekend, he did workshops with farmers of the Sheep and Goat Farmers Society, with chefs at the Academy of Baking and gave interested diners a taste of roasted goat at an event called Cuisine Cruisin. 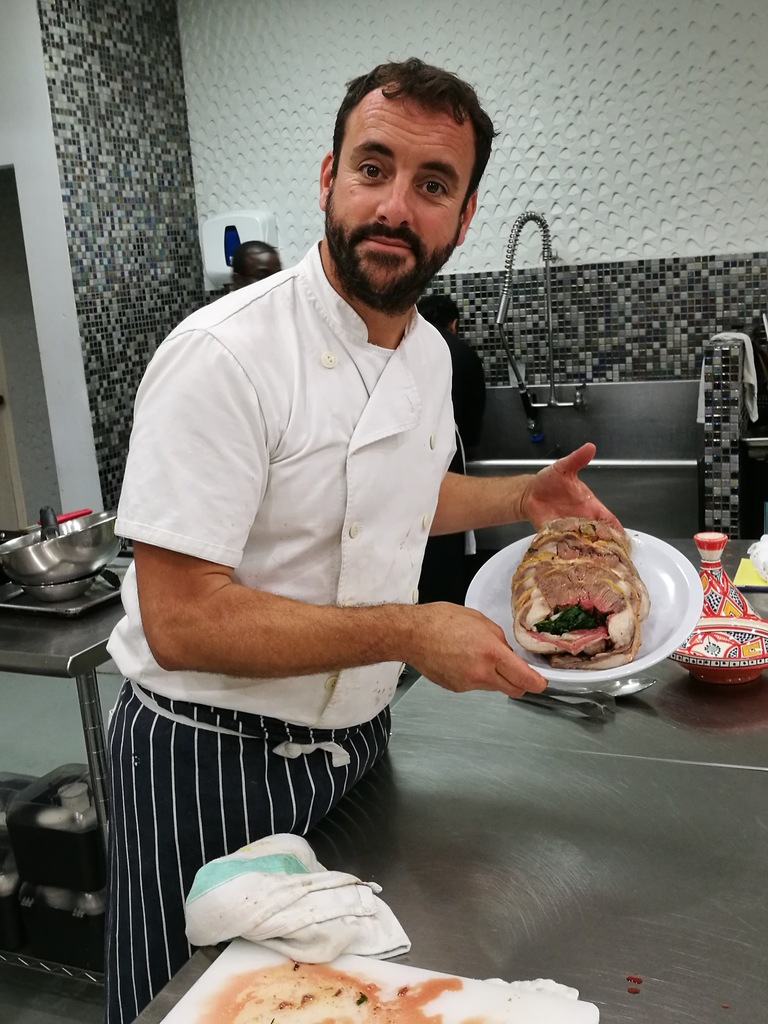 In Europe, Whetlor’s mission is to popularise goat meat and save 1.5 million goats from being euthanised. In T&T, where there is already an appreciation for goat, albeit in curry form, the mission is different, he said.

“Bringing Goatober to Trinidad and Tobago gives us, rather than in the UK or Australia, a certain amount of authority. If the idea of Goatober can be accepted by people who are the experts, then it gives us a little bit of kick and I am grateful for that,” he said at the launch.

Goatober, he said, is about sharing knowledge and skills.

Speaking to Loop at the end of the weekend, Whetlor said he was able to impart to chefs new ways of cooking goat meat.

“We had 10 chefs, none of them ever cooked goat any other way than currying it and they were interested, asking questions, engaged, bringing their own ideas and that is what you what. You want guys to go away inspired and say right, this is what I am going to do and where do I get my Trinidad goat and not use one of my recipes from the book or do anything I have done but take their own experiences and inspiration and do something new with it,” he said. 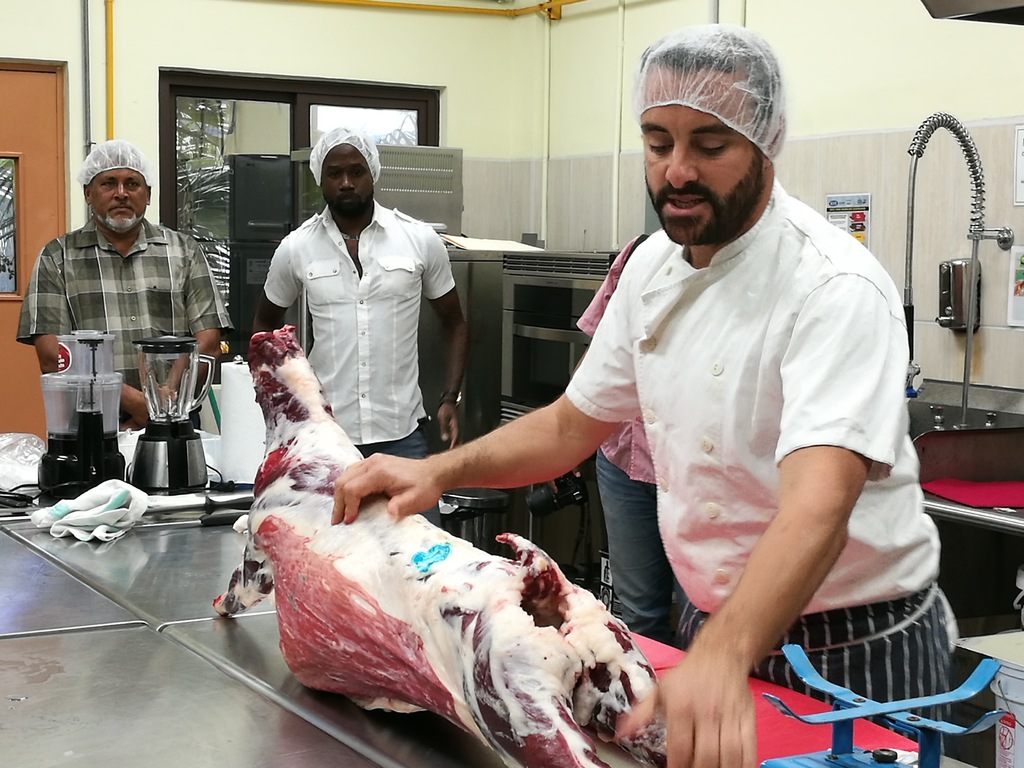 UK Chef and goat advocate James Whetlor teachs farmers from the T&T Goat and Sheep Farmers Society about the fundamentals of goat butchery at the UTT ECIAF campus on June 27. Photo Franka Philip

Whetlor said he is really proud of the fact that Goatober has become international and taken and molded to suit a purpose that is for the betterment of the people that do it.

“Goatober has molded itself to fit what it has to fit and that is an amazing thing,” he said, hopeful that it creates a new revenue stream for local farmers.

Whetlor will return to T&T in October, the month Goatober is celebrated. He said he does not expect to see big changes by then but expressed hope that over the years, people’s approach to cooking goat would change.

He advocated for more local goat to be purchased, noting that Trinis have a lot of civic pride.

“From what we are trying to achieve with GoatoberTT, part of the message will be to support your local farmers, buy local goat.”