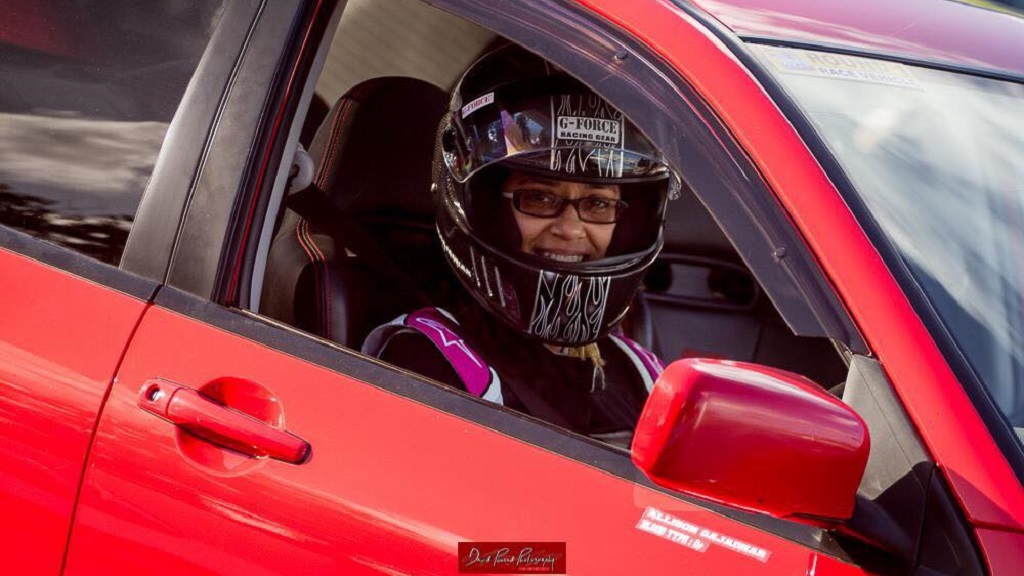 The race to the finish line for drag racer Allison Gajadhar has always been a push for her personal best.

As a woman in a male-dominated sport, Gajadhar and other female drivers are slowly changing the game.

Speaking to LoopTT, the 37-year-old motorsport enthusiast and former UWI graduate and employee said she started out decades ago with only a basic knowledge of racing, but with the support of her partner, she gradually learned more about the sport.

“You may ask, what’s a woman like me doing in motorsports, especially when I wasn’t born into it. My love of motorsports started when I began going to drag racing events with my other half some 20 years ago. Since then, he’s been my inspiration, my tuner, mechanic, manager, you name it. He’s been the ‘man behind the woman’,” she said. 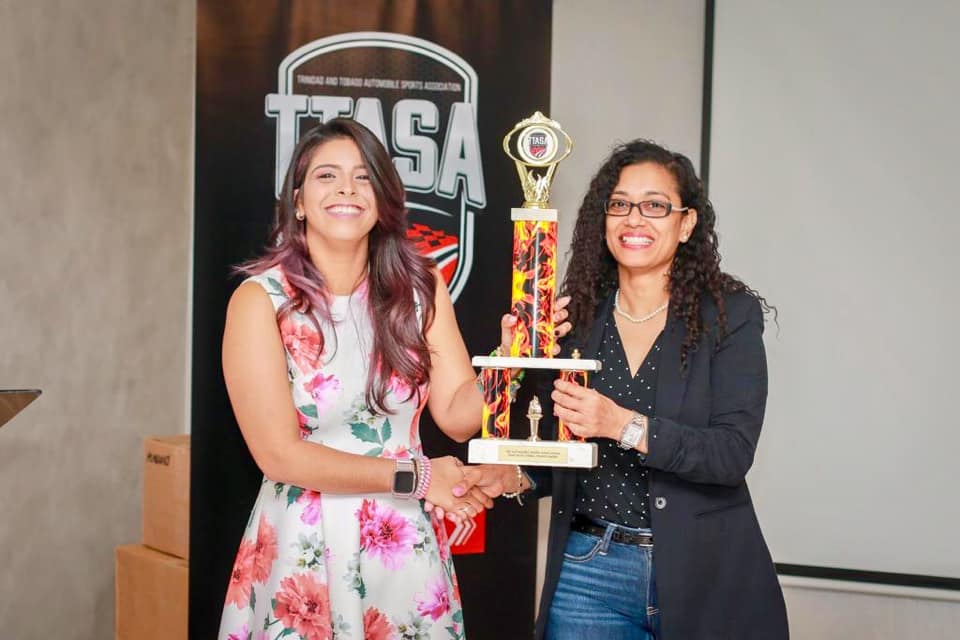 Gajadhar’s first race was over 10 years ago in 2008 at the Camden Race Track, which was later closed. However, with the establishment of a permanent home for TTASA at the Frankie Boodram International Raceway in Wallerfield, Gajadhar and her fellow female drivers have been given the green light to push forward.

Gajadhar’s passion for racing has helped her to overcome many challenges both within the field and on a personal level whenever she had self-doubts.

“Drag racing is something I’m extremely passionate about and take pride in. It’s something I work really hard at.”

“Of course I’ve had challenges along the way, certain setbacks, moments when I just couldn’t get it right and would question whether I really belonged in motorsports, whether I really had the determination and heart to take it further.”

“But for me, once you’ve got the right support, the right mindset, there’s no ceiling, there’s no limit to where you can take your dreams." ​​

She has since blazed a trail and was named FCB’s Sportswoman of the Year Nominee for Drag Racing and TTASA’s 2018 Sportsperson of the Year.

She was also named the 2017 13 Seconds Bracket Champion and 2018 Overall Points Leader.

“When I was first told I was being nominated for the FCB Sportswoman of the Year Award in 2017, naturally, I was shocked, especially given the calibre of the other candidates. I was so grateful to have even been nominated for such a prestigious award and for the opportunity to represent motorsports, and especially to showcase that drag racing is a sport like any other,” she said. 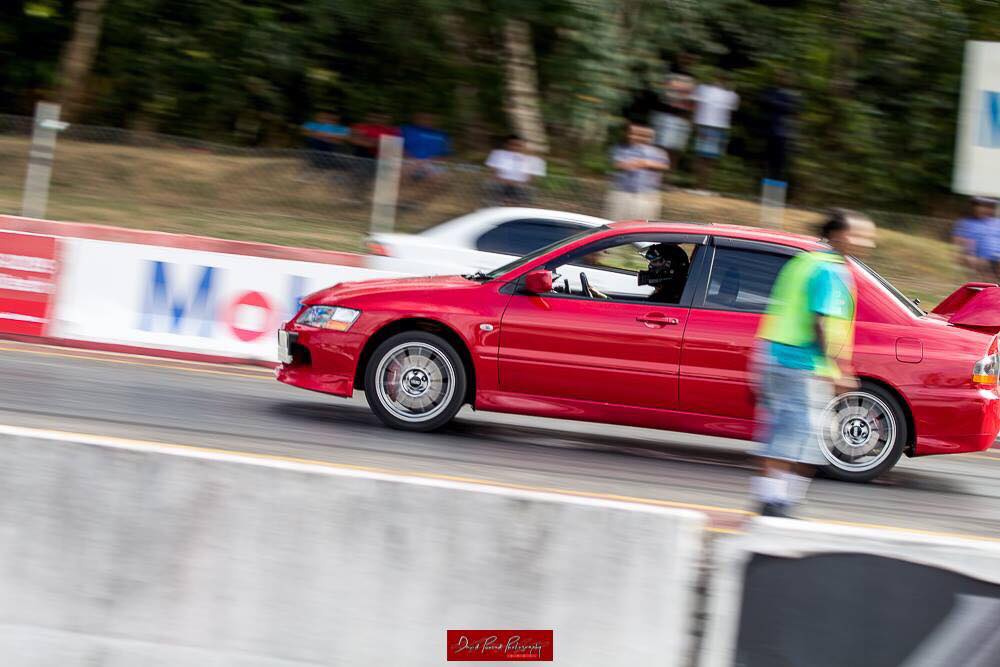 Gajadhar said on the racetrack, there is no segregation between the sexes.

“Being a female in a male dominated sport hasn’t really affected me. The men have been welcoming for the most part.”

“It’s important to note that the ladies don’t race against ladies, we race against men, so at the end of the day it’s really a matter of racer versus racer and car versus car, not men versus women,” she said.

Gajadhar’s advice for other women interested in drag racing is to focus on passion.

“My advice for women wanting to get into racing: as with anything in life, if you want it bad enough, you’ll have a genuine love for it and you’ll work hard at it and remain committed to your goal, despite any challenges you face,” she said.

She also thanked her partner, family, and others who supported her over the years.

“My success, no doubt is owed firstly to God, my other half, my family and friends and all my other supporters. But I’d be lying if I said my success in recent years hasn’t been largely in part owed to TTASA.” 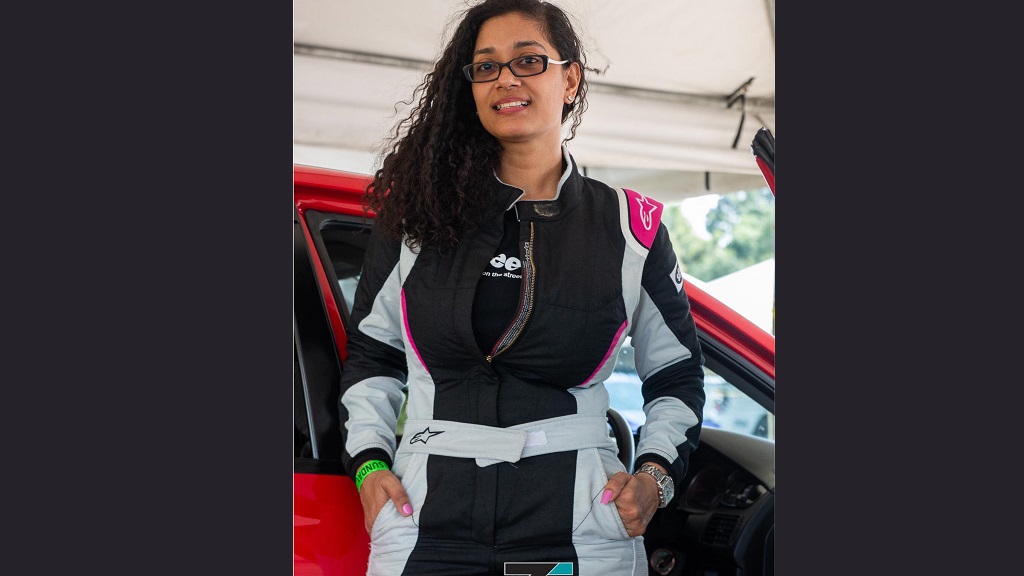 “Under the current management, this is the first time drag racers have been recognized and rewarded for their efforts and hard work.”

“TTASA has since been working diligently to promote drag racing and safety on and off the tracks and to create a positive image for the sport. So I’m really happy to be a part of this movement in taking the sport forward.

“At the end of the day, getting to do something I love, with the people I love and being rewarded for it, is just icing on the cake,” Gajadhar said.

For more information on TTASA visit them on Facebook: https://www.facebook.com/TTASA868