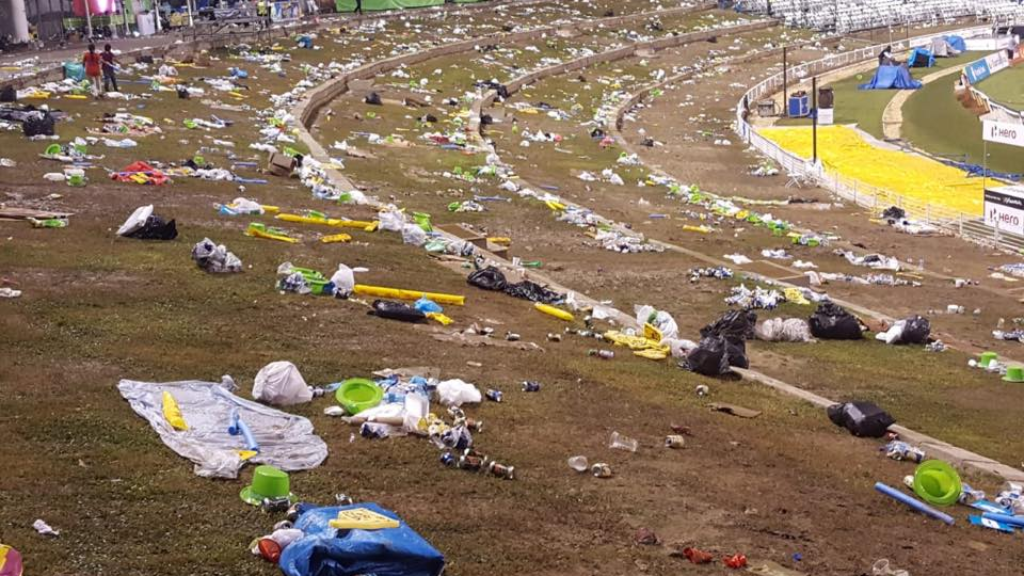 The photo, which was taken immediately after, showed both a lack of garbage bins along with bags of garbage which patrons left at on the stands after the match. 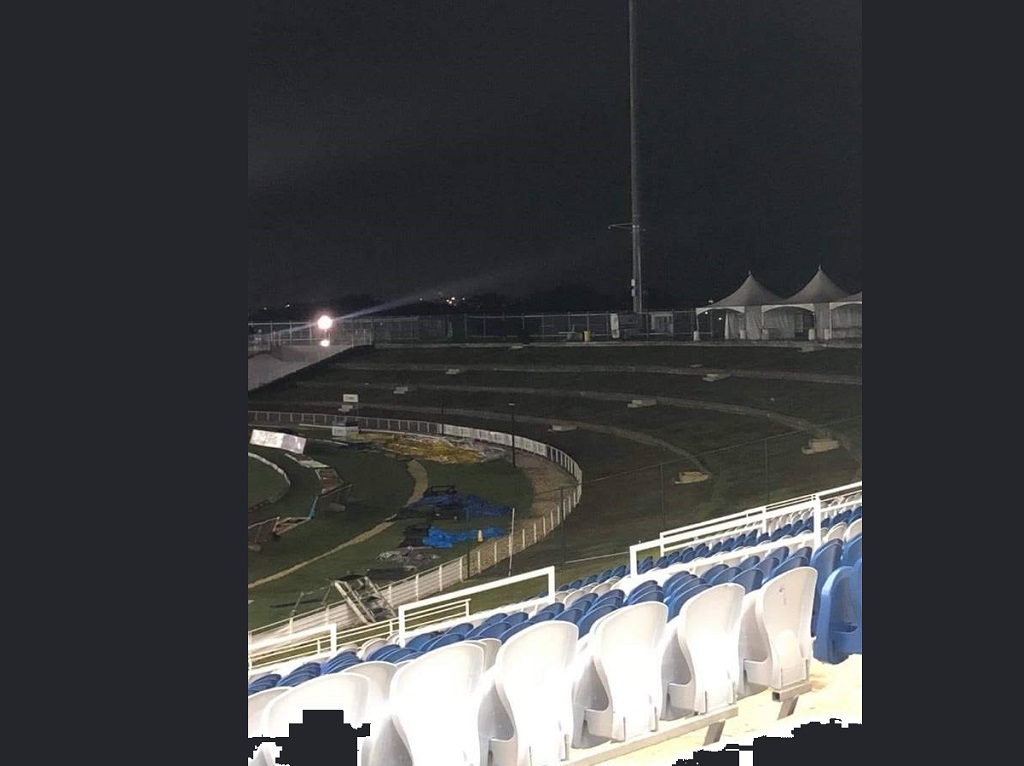 (Photo: A viral photo was taken just after the end of the CPL final at the Brian Lara Stadium. The stadium was cleaned up and restored by the next day.)

Le Hunte said to LoopTT while he agrees that there were persons paid to clean up after the event, there needs to be a culture change in terms of the public’s attitude to the environment and personal accountability.

“I have seen on the internet, the viral photo of the stadium after the T20 finals. This is why information about the environment and waste management needs to be shared. It’s about how you take responsibility to deal with your own waste.”

“A lot of people talk about what they would like to see, but when it comes to doing it, it’s another story.”

“We have lost direction, we are now under the impression that that’s someone else’s job to do,” he said.

Related article :Trinis defend garbage left behind at CPL: It's not our job to tidy up

Le Hunte also referred to the habits of the Japanese and Senegalese, who were both pictured cleaning up the stands after football matches during the 2018 World Cup.

He said he was raised as a child to tidy up after himself, even when going out.

“There was a time as a child, when I went out with my mother, I walked with a garbage bag and everything we used, we put it in a bag and took it with us,” he said.

“Everyone has a role to play. Yes I agree that there’s a garbage collector but you have to take responsibility for your personal footprint. We are looking at legislation but we have to start being accountable for our own actions,” he said.

Le Hunte said he is committed to bringing the Beverage Container Bill to Parliament by the end of this year, but added that his Ministry’s approach to tackling the waste issue involves many more factors, including the expansion of the curbside recycling programme.

Le Hunte, who recently took part in the International Coastal Clean-up exercise last weekend, said the real issue lies in reducing waste, something that must be done through education programmes.

“Plastics continue to be a problem. We’ve just finished a weekend assisting with the International Coastal Clean-up and I want to thank the volunteers for doing the work and gathering important data on the amount of waste being collected, because it’s not just about cleaning up but gathering baseline data to determine what are the types of items are polluting the environment.” 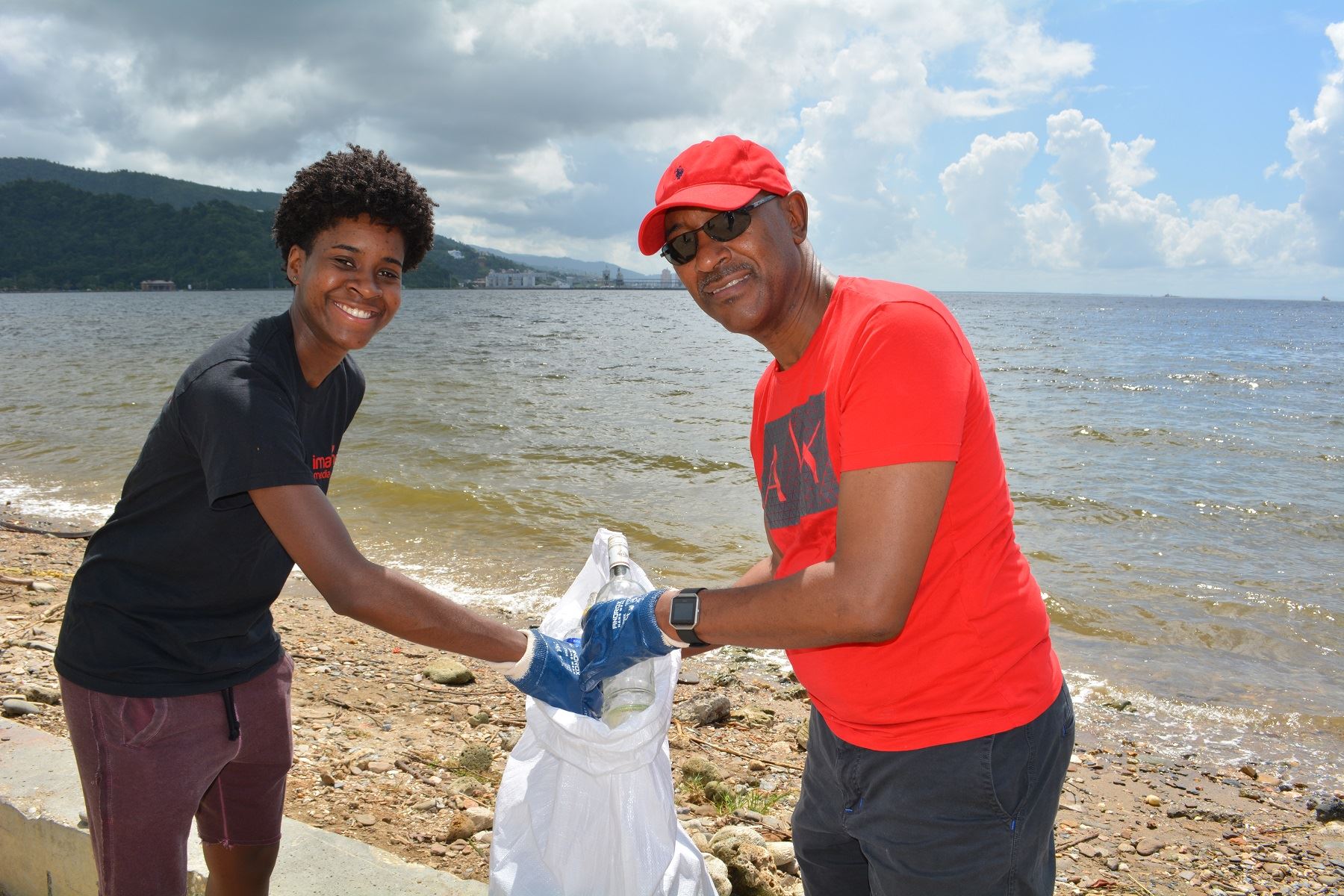 (Photo: Minister Le Hunte and a volunteer pose for a photo during the International Coastal Clean-up at Chaguaramas on September 15, 2018.)

“The Beverage Container Bill is a priority for my government. I am on public record of making a promise of trying to get that Bill to Parliament by the end of the year. I think that’s an important piece of legislation that will go a long way to deal with the issue of littering.”

“However, that by itself is not the only thing that needs to happen. We have been working with the Ministry and SWMCOL on a five-point agenda,” he said.

Le Hunte said SWMCOL, which has been given the task of spearheading the Ministry’s recycling initiatives, has already rolled out curbside recycling projects in several areas and intends to eventually expand this island-wide. 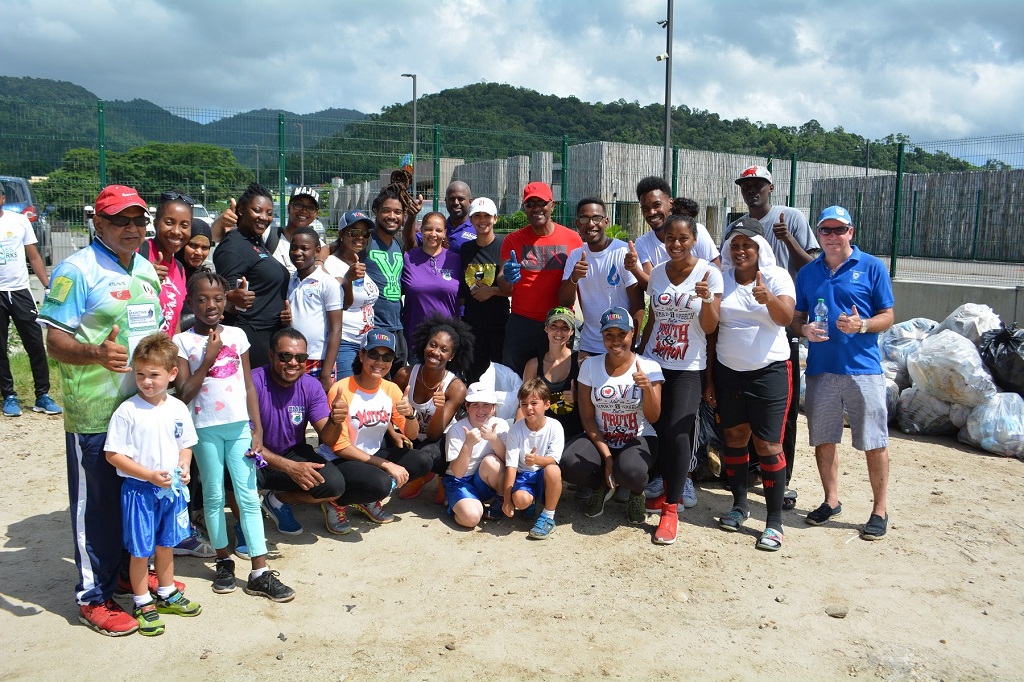 (Photo: Minister Le Hunte and volunteers at the International Coastal Clean-up on September 15, 2018. The clean-up is part of a global initiative to tally the amountof garbage collected by country, and also serves to bring awareness for the need to stop the use of disposable plastics and other pollutants.)

Le Hunte said however that the motto of 'reduce, reuse, recycle' must be enforced through education and awareness.

“All of these programmes are designed to build awareness for people to learn about recycling. SWMCOL has reached out to a number of schools, educating them on the need to try to adopt a more environmentally conscious mindset, and that requires a degree of public education.”

Le Hunte said the fifth aspect would be to create a recycling industry in Trinidad and Tobago.

“So when we talk about recycling, we’re not just talking about the Beverage Container Bill. There is work that needs to be done in all areas,” he said.

About the Beverage Container Bill

1. The Bill will allow for anyone who sells a beverage ‘by wholesale or retail’ to collect a deposit for the item from the consumer which would be tax-exempt.

2. The customer would then be able to return the bottle and claim their deposit, either payable immediately in cash, or as a set-off against another purchase, or via cheque.

3. A list of the designated collection depots would be made available to the public and updated regularly.

4. In addition, the Bill proposes that manufacturers pay a 20 percent ‘handling fee’ to the operator of the collection depot based on the value of the refund on each empty container collected by the manufacturer.

5. Manufacturers who refuse or fail to collect empty containers are liable to a fine of $5,000 for each day on which the containers remain uncollected, under the current Bill.

6. Manufacturers must dispose empty containers in accordance with regulations – failure to do so could result in a fine of $500,000, or up to one year imprisonment.

For more information on the Bill see here: https://bit.ly/2MQ1jOm