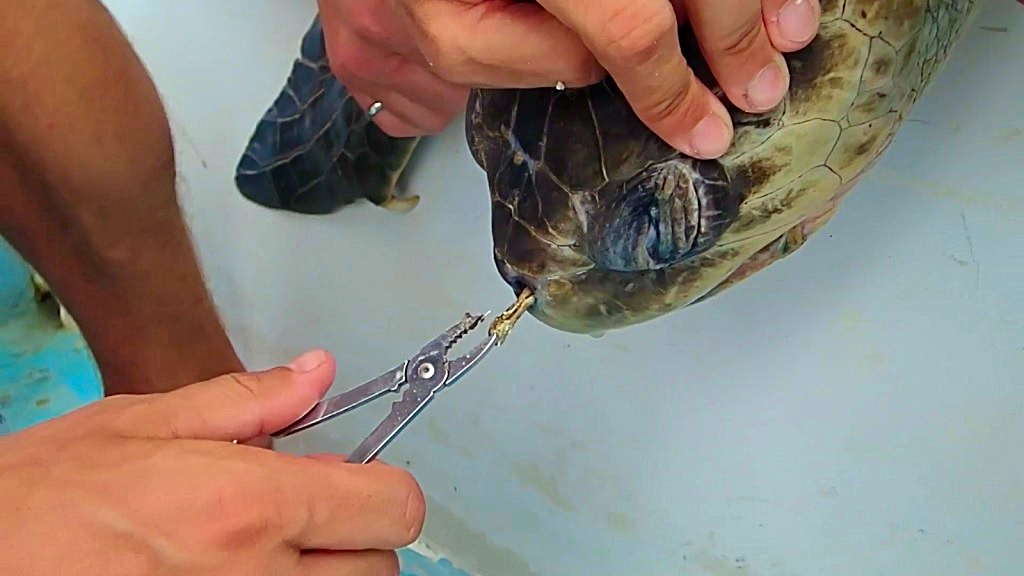 Photo: A straw which was wedged in the nose of a turtle was shown in the short documentary 'Straws' by Linda Booker.

You’ve finished your drink in minutes, but did you know the straw you used to drink it will still be here a hundred years from now?

According to a 2015 report from WorldWatch, plastic straws and stirrers are among the top 10 marine plastic debris found during coastal clean-ups.

Some researchers estimate that 90 percent of individual seabirds, many whales and dolphins, and some sea turtles have ingested plastics, including plastic straws.

Ocean plastics eventually break into smaller fragments, where they are carried up the food chain, possibly concentrating toxic chemicals in predators – and the humans who eat them. 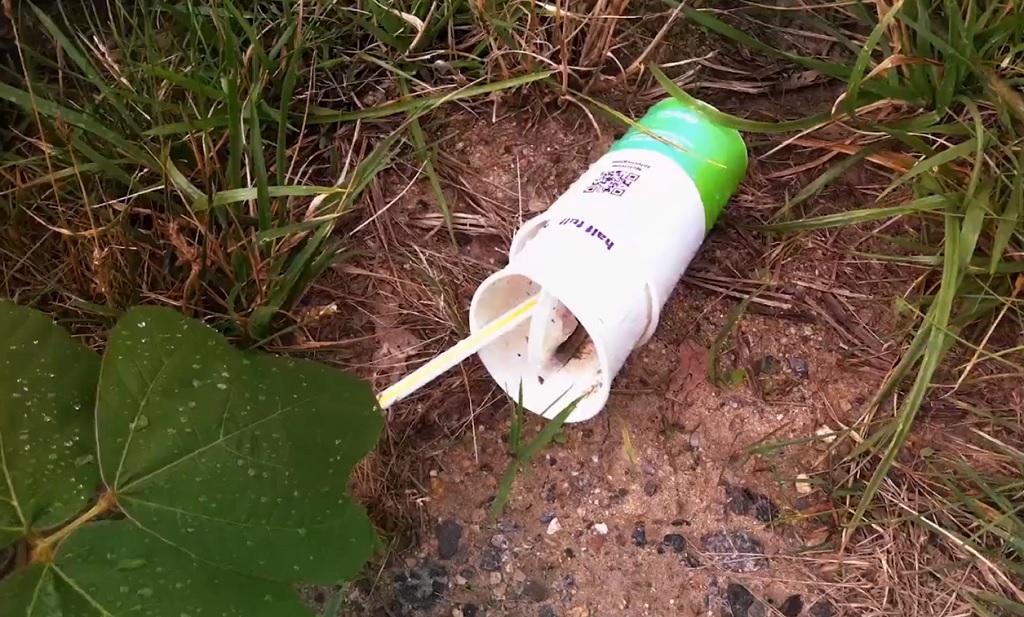 The crisis surrounding the dangers of plastic pollution has led to the creation of an online petition by activist Joanne Samsundar to ban disposable plastic drinking straws in Trinidad and Tobago.

Just a few months after it was created, the petition has amassed almost 15,000 signatures.

Samsundar, who previously worked with the Environmental Management Agency (EMA) and now works with Massy Energy, said the image of a turtle suffering while a plastic straw was pulled from its nose resonated with her.

“I came across the picture of the turtle with the straw lodged in its nose and it was so powerful and impactful. When the announcement came for the Styrofoam ban, that propelled me to take action. Styrofoam is a huge issue and the fact that the government took heed and decided that this is how we should go forward, I felt like it was a good sign to push for more change.”

“Straws are so common in our lives, it’s like a pen, you don’t really give it a second thought, but we don’t really think about the impact it has.”

“A lot of people say there are bigger issues like plastic bags and bottles, but I think that because it’s a straw, people don’t think it has an impact but the impact is huge,” she said. 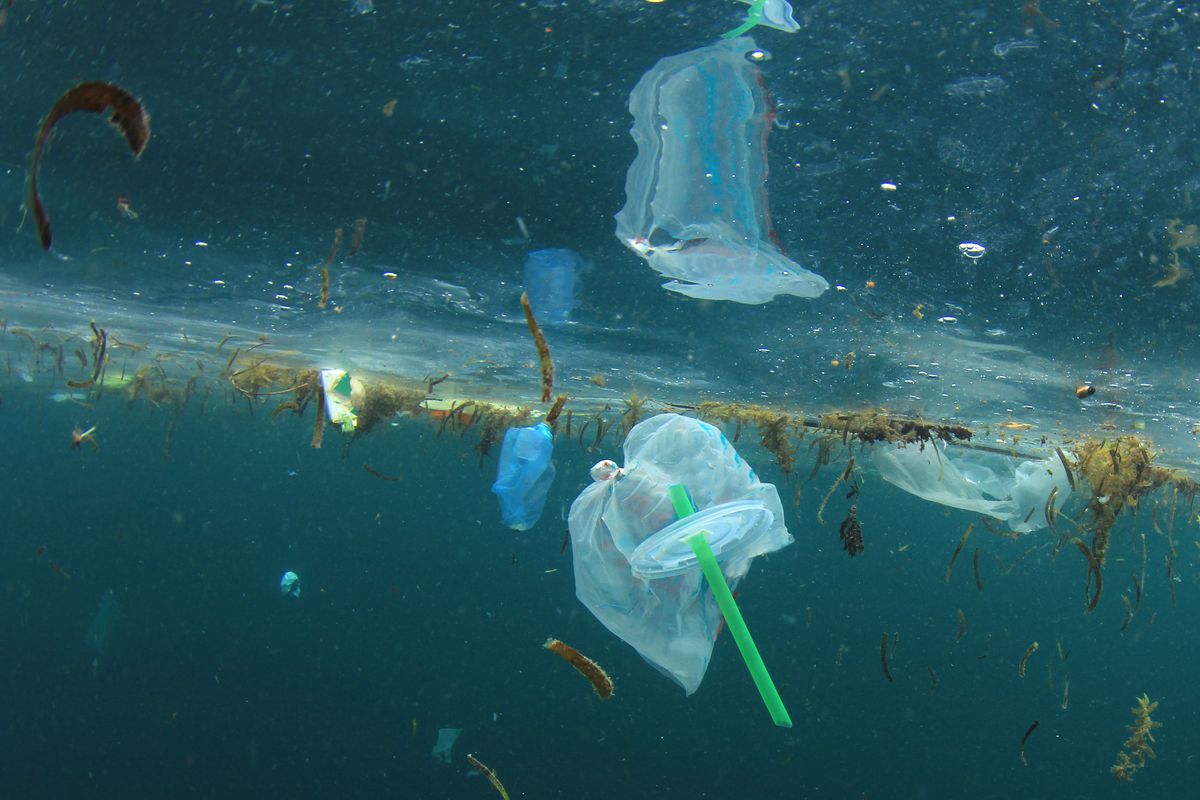 Samsundar, who works alongside conservation group IAMovement, has drastically cut down on single-use plastics in her daily life and says her own approach could be considered extreme in the view of others, but she said her main goal for the petition is awareness and education.

“My goal isn’t just about the petition, a lot of it is about educating people, I also started a Facebook page and have been sharing news articles to help educate people about it,” she said.

Samsundar said she also plans to start educational outreach programmes for schools and corporate organisations to show Trinbagonians the dangers of single-use plastics.

“I have drastically changed my behaviour and my family supports that…it’s even made an impact with the people around me, my coworkers would now come back from lunch and say they didn’t use any plastic bags or straws, so it is having an impact.”

“It’s really something I’m proud of in terms of being able to make a positive change, it shows that people can change, you just have to work with them,” she said.

Samsundar said Trinidad and Tobago’s natural resources are precious, not just for its citizens, but for the future of the world.

“We are so blessed in the Caribbean to have these resources. In many parts of the world there is a crisis because of the levels of pollution being experienced.”

“We have statistics which showed that our corals are dying because of effluent and chemicals washing into the sea. There are no boundaries when it comes to the ocean. There are countries which don’t produce waste but they receive it when it floats toward them.

“None of us is immune to pollution and it’s something we cannot ignore,” she said.

She added that new habits toward reducing, reusing and recycling waste is something every Trinbagonian must adopt.

“Some of us have this mentality that it’s someone else’s job to clean up the environment. But people don’t understand the impact of their actions. Disposable plates, cutlery and things like that, they cannot easily be recycled, Styrofoam cannot be recycled, straws cannot be recycled. They instead go to landfills where they are burned and create noxious fumes, polluting our air,” she said. 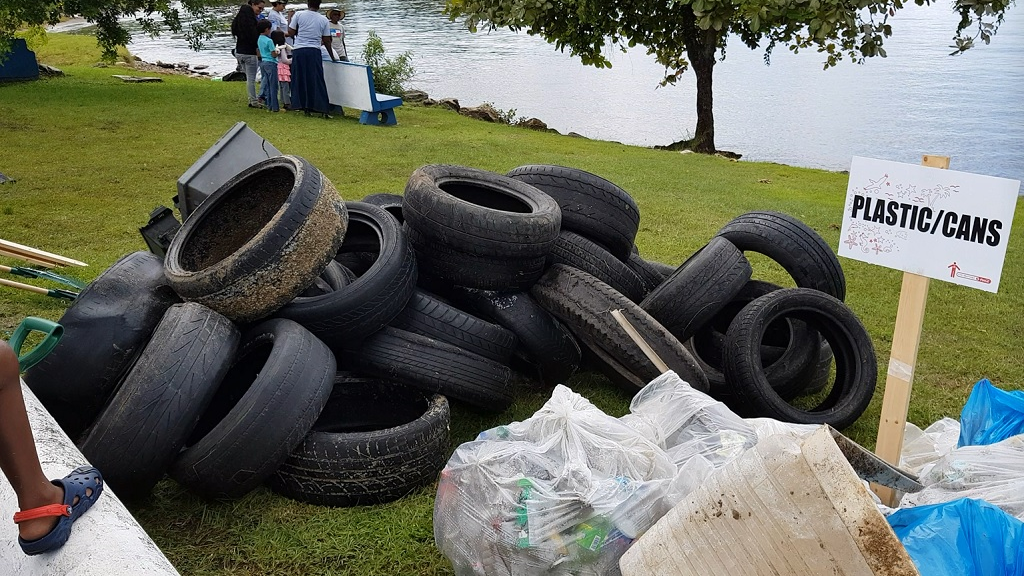 (Photo: Over 1,000 plastic bottles were collected at a recent beach clean-up at the Foreshore, Port of Spain on September 15, 2018, for the International Coastal Clean-Up.)

Samsundar said that her petition does not mean that straws cannot be used, simply that more sustainable options such as reusable straws, should be used.

“I think the next step for us is to ban single-use plastic bags and plastic straws. Manufacturers think the responsibility ends when they sell their disposable products but they are part and parcel of the problem, but they are supposed to provide an incentive, for example the Beverage Containers Bill, that’s just part of their corporate responsibility.”

“Businesses cannot be in business just for profit, we need companies to start taking responsibility,” she said. 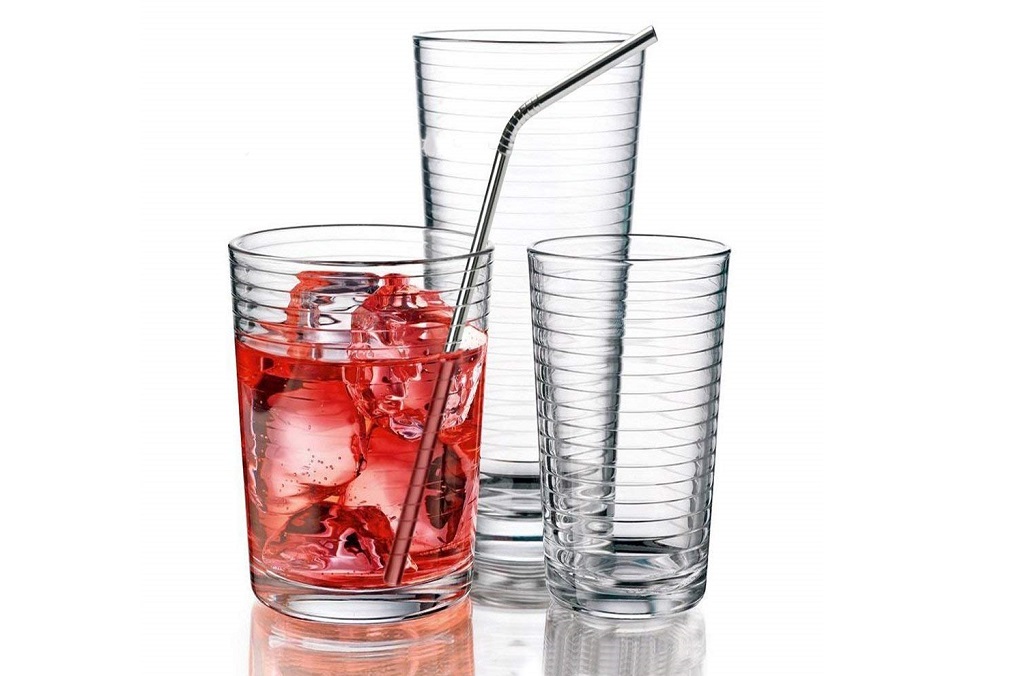 (Photo: Steel reusable straws are available on Amazon for as low as US$8 for a pack of eight, along with a cleaning brush.)

Other options for reusable straws include straws made of bamboo or steel, which can be cleaned and reused.

“We’re not saying not to use straws, but there are tons of other alternatives, it’s not the straw that’s the issue it’s the material it’s made of,” she said.

She also suggested, for a start, that restaurants only give out straws when requested.

She said that she would like to target establishments who are supporting environmentally friendly policies.

“It’s not about forcing people, it’s just about presenting the facts. When you go green customers take note so it’s in the businesses’ best interest to really engage in environmental responsibility,”

“For me, if you’re a small business and you’re taking those steps it means you care and your business is a responsible entity,” she said.