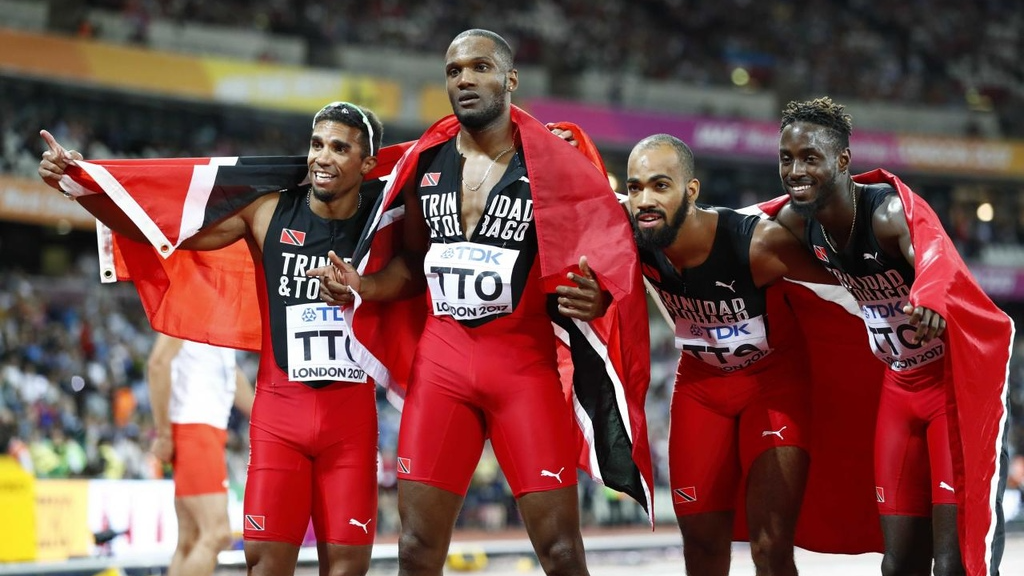 In a surprising move, the Team TTO gold medal-winning men’s 4x400-metre relay team was named the “Sportsman” of the Year. The team of Jarrin Solomon, Jereem Richards, Machel Cedenio, Lalonde Gordon and Renny Quow stunned the world, winning the men’s relay in 2:58:12 at the 2017 IAAF World Championships in London. It was the first ever gold medal for T&T in the event; which also lead to them being named as the ‘Best Male Athlete of the Year’ for the Americas at the Association of National Olympic Committees (ANOC) Awards back in November.

Sprinter Michelle-Lee Ahye claimed her second consecutive Sportswoman of the Year Award. Ahye had a commendable season, which included a 6th placed finish in the women’s 100-metre World Championships final as well as a personal best clocking of 10.82 seconds on route to winning the women’s national title.

Another repeat winner was Paralympian Akeem Stewart who for the third straight year was named the Sports Personality of the Year. The ever consistent Stewart was a double gold medallist at the 2017 World Para Athletics Championships in London winning both the men’s F44 Javelin and Shot Put, etching his name in history for the latter, smashing the old record (14.21m), with a new mark of 19.04 metres.

In a historic moment, West Indies Wicketkeeper and Trinidad and Tobago captain cricketer Merissa Aguilleira was named as the first-ever recipient of the Future is Female Award. The inaugural award celebrates the leadership of an individual, team or organisation that demonstrates outstanding commitment to the encouragement, development and motivation of women in sport.

The young stars of track and field also made their presence felt on the night as sprinters Adell Colthrust and Khalifa St Fort were named the Junior Sportsman and Sportswoman of the Year respectively. Colthrust, an under-18 competitor, enjoyed a golden season, winning the 100 metres at both the CARIFTA and Commonwealth Youth Games in 2017; while St Fort ended her junior campaign with a bang, completing the CARIFTA sprint double.

The prestigious Alexander B. Chapman Award went to Anthony Wickham, the veteran coach of Trendsetters Hawks, for his unwavering support for youth and community development through football, and his work with youth of marginalised communities in Trinidad and Tobago.

Richards, the 2017 World Championships 200-metre bronze medallist was the lone double recipient on the night, as he was also voted by the public as the People’s Choice Award winner.

Among the attendees for the glitzy ceremony which was held at the Hyatt Regency on December 29th were President Anthony Carmona, and Hasely Crawford, T&T’s first ever Olympic gold medallist.