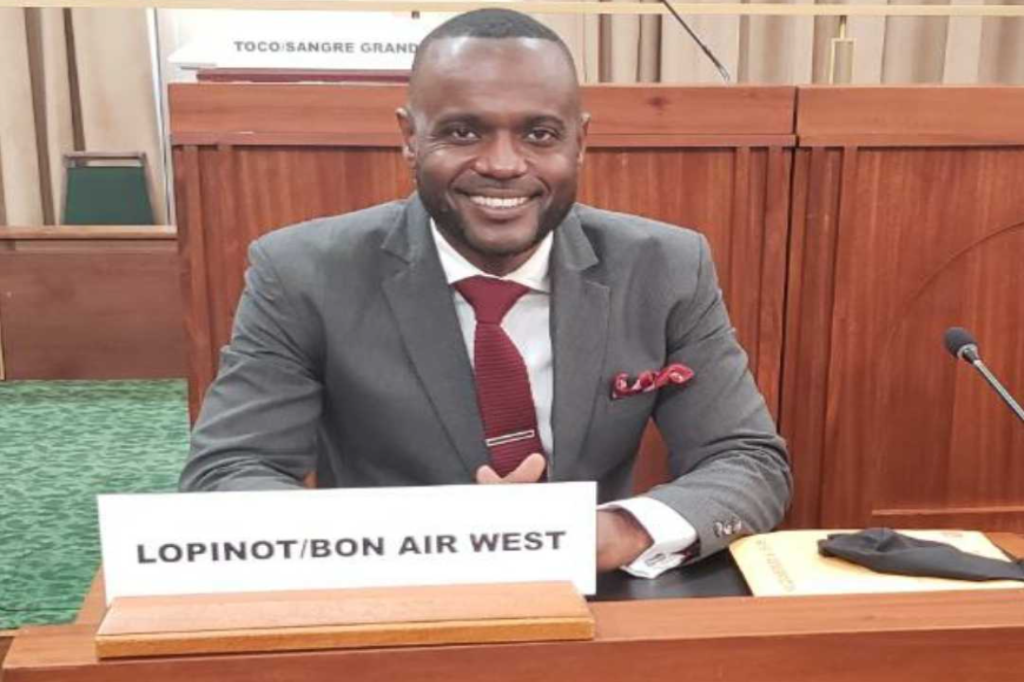 There’s many a complaint about State agencies like the Water and Sewerage Authority (WASA) and Trinidad and Tobago Electricity Commission (T&TEC).

New Public Utilities Minister Marvin Gonzales recognises that there are issues at these agencies and fixing them may seem like a daunting task, but he’s ready for the challenge.

He tells Loop News that exciting times are ahead, with changes to come at the agencies under his purview.

He describes his Ministry as a pivotal one given the range of services offered.

Gonzales says the Ministry plays a critical role in the governance of Trinidad and Tobago and it’s for this reason that effective policies must be in place to ensure the agencies function in the way they were intended.

He says: “Electricity is essential to the way we go about our lives, telecommunications is crucial in this time to ensure continued governance and business operations but we’re also seeing its importance in the education sector during the COVID-19 pandemic.

The way in which we manage our waste is also very critical as waste can affect our health, and impact our environment. Energy conservation, how we manage our water resources and how these things impact our communities is very crucial during this time.”

The Minister acknowledges that constant changes and review management with a view to improving processes is what’s needed at these agencies.

But, he assures that work is underway at these entities to get things up to scratch.

He notes that complaints from citizens about several of the agencies under his purview are not without merit, but he hopes to change the public perception of these organisations.

In the instance of WASA, he says part of the problem lies in the fact that, since its inception, there hasn’t been any major changes to its overarching policies on the way it operates.

“There’s been no introspection really on whether it (WASA) can deliver its mandate. There are issues with governance, aging infrastructure, watersheds not being managed properly, and our aquifers can be at risk if we don’t put things in place to ensure our wells are properly maintained.”

He says WASA’s water storage capacity must be expanded in the first instance to ensure that citizens aren’t complaining about water reaching their communities or the reliability of the supply they receive.

“We have to put together serious policies and programmes and ensure we comply in the way we should,” he adds.

The Minister says some changes are already underway at T&TEC, most recently with the LED bulb distribution.

He says this programme is much more than handing out bulbs, as it lines up with the country’s energy conservation goals and commitments under the 2015 Paris Agreement and UN Sustainable Development Goals.

It’s estimated $1 billion can be saved in four years on electricity consumption in T&T through its efficient use.

“It may appear simple, but it works in a greater programme to create sustainable plan for energy efficiency and conservation in Trinidad and Tobago.”

Gonzales says, however, T&TEC is doing a pretty good job. Given its responsibilities, he says, there must be a push to embrace renewable energy.

But, at the same time, there must be a realisation of value for money.

At both WASA and T&TEC there is heavy reliance on $2 billion Government subventions to provide water and electricity to citizens.

The Minister says neither agency is recouping yearly operational costs for the services it delivers and the task ahead is to make strategic decisions which align efficiency in service with costs.

Gonzales says while complaints about these services are warranted, citizens must also take responsibility for the situation. He says there’s a significant level of wastage when it comes to these resources as rates have not been increased since the early 90s.

“Do we feel as though we’re getting value for money or is it just going into a hole? We complain but we also waste a lot because the price we pay on water and electricity is subsidised so it’s negligible.”

“What Government needs to do is ensure we are getting value for money so that WASA and T&TEC can at least recoup operational costs,” he continues.

He says, however, that things aren’t all bad as there have been notable successes at agencies like TTPOST.

TTPOST most recently partnered with the National Security Ministry to deliver passports to citizens through its courier services. They also have a similar partnership with the Works and Transport Ministry on its UTURN Project. TTPOST delivers traffic citation notices and tickets and facilitates payment of same.

The Minister says moving away from its traditional mail delivery service and using TTPOST as a hub for offering other Government services creates other revenue sources for the company.

Further, Gonzales says TTMS, or Met Office, is well respected throughout the region and internationally.

To ensure operational efficiency, with the assistance of the World Meteorological Organisation (WMO), an operational audit will determine if the Met Office is functioning in alignment with international standards. The WMO team will also advise whether legislation will be required to restructure the orgnaisation.

“We want to make sure that the division continues to be properly resourced with all the technology available to provide accurate weather reports to citizens,” the Minister says.

As for TSTT, he says priority is on expanding broadband reach in remote communities so they have internet access. He says this is particularly crucial for students who live in far-flung communities, as it will allow them to continue their learning remotely throughout the COVID-19 pandemic.

He promised as a new player on the political front, he’ll find ways to engage stakeholders, forge strategic alliances in the private sector and involve international players.

“I feel very excited, I know it will take difficult decisions to bring about the changes that we need.

This is what I see my role as, working with the people to move us into the future, post COVID-19, for a more secure future for youth. We will do it in water management, energy efficiency, internet connectivity and broadband reach.”

Gonzales says even though task is difficult, he’s confident he can reposition these essential services as needed for future generations.