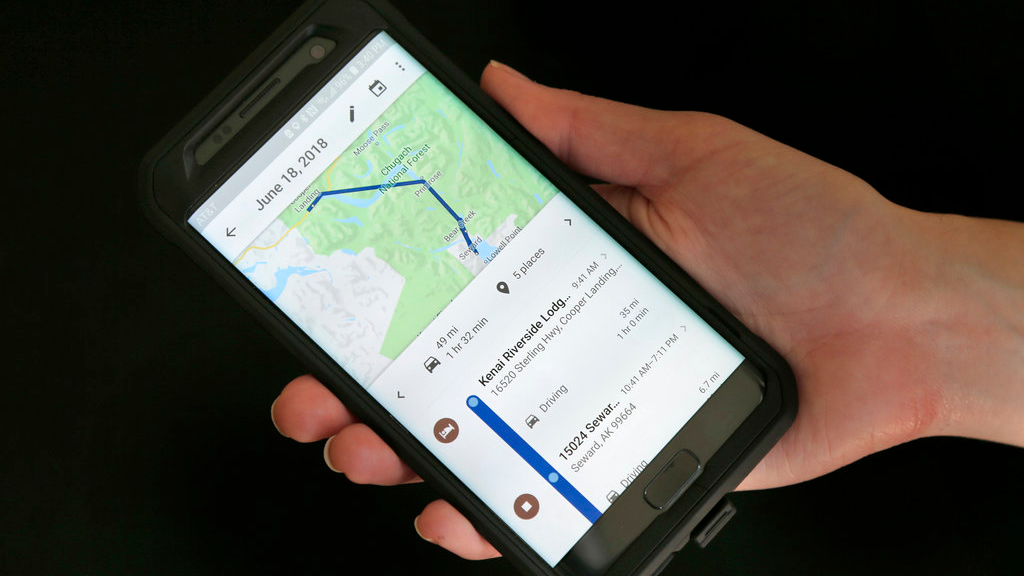 Google has revised an erroneous description on its website of how its "Location History" setting works, clarifying that it continues to track users even if they've disabled the setting.

The change came three days after an Associated Press investigation revealed that several Google apps and websites store user location even if users have turned off Location History. Google has not changed its location-tracking practice in that regard.

But its help page for the Location History setting now states: "This setting does not affect other location services on your device." It also acknowledges that "some location data may be saved as part of your activity on other services, like Search and Maps."

Previously, the page stated: "With Location History off, the places you go are no longer stored."

The AP observed that the change occurred midday Thursday, a finding confirmed by Internet Archive snapshots taken earlier in the day.

The AP investigation found that even with Location History turned off, Google stores user location when, for instance, the Google Maps app is opened, or when users conduct Google searches that aren't related to location. Automated searches of the local weather on some Android phones also store the phone's whereabouts.

In a Thursday statement to the AP, Google said: "We have been updating the explanatory language about Location History to make it more consistent and clear across our platforms and help centres."

The statement contrasted with a statement Google sent to the AP several days ago that said in part, "We provide clear descriptions of these tools."

Jonathan Mayer, a Princeton computer scientist and former chief technologist for the Federal Communications Commission's enforcement bureau, said the wording change was a step in the right direction. But it doesn't fix the underlying confusion Google created by storing location information in multiple ways, he said.

"The notion of having two distinct ways in which you control how your location data is stored is inherently confusing," he said Thursday. "I can't think off the top of my head of any major online service that architected their location privacy settings in a similar way."

K. Shankari, a UC Berkeley graduate researcher whose findings initially alerted the AP to the issue, said Thursday the change was a "good step forward," but added: "they can make it better." For one thing, she said, the page still makes no mention of another setting called "Web & App Activity." Turning that setting off that would, in fact, stop recording location data.

Huge tech companies are under increasing scrutiny over their data practices, following a series of privacy scandals at Facebook and new data-privacy rules recently adopted by the European Union. Last year, the business news site Quartz found that Google was tracking Android users by collecting the addresses of nearby cellphone towers even if all location services were off. Google changed the practice and insisted it never recorded the data anyway.

Critics say Google's insistence on tracking its users' locations stems from its drive to boost advertising revenue. It can charge advertisers more if they want to narrow ad delivery to people who've visited certain locations.

Several observers also noted that Google is still bound by a 20-year agreement it struck with the Federal Trade Commission in 2011. That consent decree requires Google to not misrepresent to consumers how they can protect their privacy.

Google agreed to that order in response to an FTC investigation of its now-defunct social networking service Google Buzz, which the agency accused of publicly revealing users' most frequent Gmail contacts.

A year later, Google was fined $22.5 million for breaking the agreement after it served some users of Apple's Safari browser so-called tracking cookies in violation of settings that were meant to prevent that.

The FTC has declined to say whether it had begun investigating Google for how it has described Location History.

Google gets aggressive with new phones, other gadgets