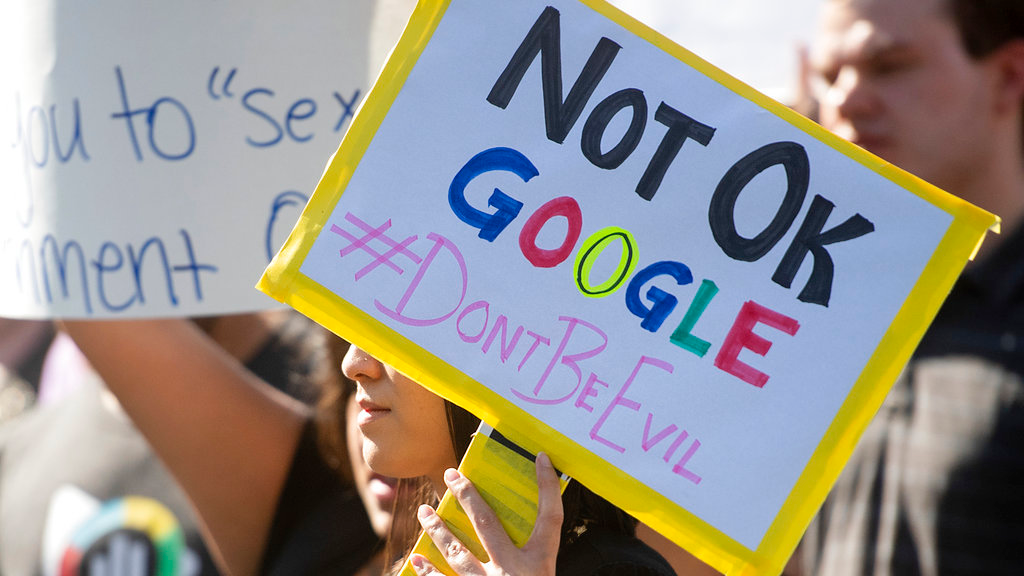 Google is promising to be more forceful and open about its handling of sexual misconduct cases, a week after high-paid engineers and others walked out in protest over its male-dominated culture.

CEO Sundar Pichai spelled out the concessions in an email sent Thursday to Google employees. The note of contrition came a week after the tech giant's workers left their cubicles in dozens of offices around the world to protest management's treatment of top executives and other male workers accused of sexual harassment and other misconduct involving men. The protest's organizers estimated that about 20,000 workers participated in the walkout.

"Google's leaders and I have heard your feedback and have been moved by the stories you've shared," Pichai wrote in his email. "We recognize that we have not always gotten everything right in the past and we are sincerely sorry for that. It's clear we need to make some changes." Pichai's email was obtained by The Associated Press.

Google bowed to one of the protesters' main demands by dropping mandatory arbitration of all sexual misconduct cases. That will now be optional under the new policies. It mirrors a change made by ride-hailing service Uber after the complaints of its women employees prompted an internal investigation concluding its rank had been poisoned by rampant sexual harassment

Google will also provide more details about sexual misconduct cases in internal reports available to all employees. The breakdowns will include the number of cases that were substantiated within various company departments and list the types of punishment imposed, including firings, pay cuts and mandated counseling.

The company is also stepping up its training aimed at preventing misconduct, requiring all employees to go through the process annually instead of every other year. Those who fall behind in their training, including top executives, will be dinged in their annual performance reviews, leaving a blemish that could lower their pay and make it more difficult to get promoted.

The reforms are the latest fallout from a broader societal backlash against men's exploitation of their women subordinates in business, entertainment and politics — a movement that has spawned the "MeToo" hashtag as a sign of unity and a call for change.

Google got caught in the crosshairs two weeks ago after The New York Times detailed allegations of sexual misconduct about the creator of Google's Android software, Andy Rubin. The newspaper said Rubin received a $90 million severance package in 2014 after Google concluded the accusations were credible. Rubin has denied the allegations.

Like its Silicon Valley peers, Google has already openly acknowledged that its workforce is too heavily concentrated with white and Asian men, especially in the highest paying executive and computer programming jobs. Women account for 31 percent of Google's employees worldwide, and it's lower for leadership roles.

Critics believe that gender imbalance as created a "brogammer" culture akin to a college fraternity house that treats women as sex objects. As part of its ongoing efforts, Google will now require at least one woman or a non-Asian ethnic minority to be included on the list of candidates for executive jobs.

Google didn't address another one of the protesters' grievance seeking a commitment to pay women to be paid the same as men doing similar work. When previously confronted with accusations that it shortchanges women by the U.S. Labor Department and in lawsuits filed by female employees, Google has steadfastly maintained that its compensation system doesn't discriminate between men and women.

Google employees to walk out to protest treatment of women