Gopeesingh called out on 'false statements' on GATE 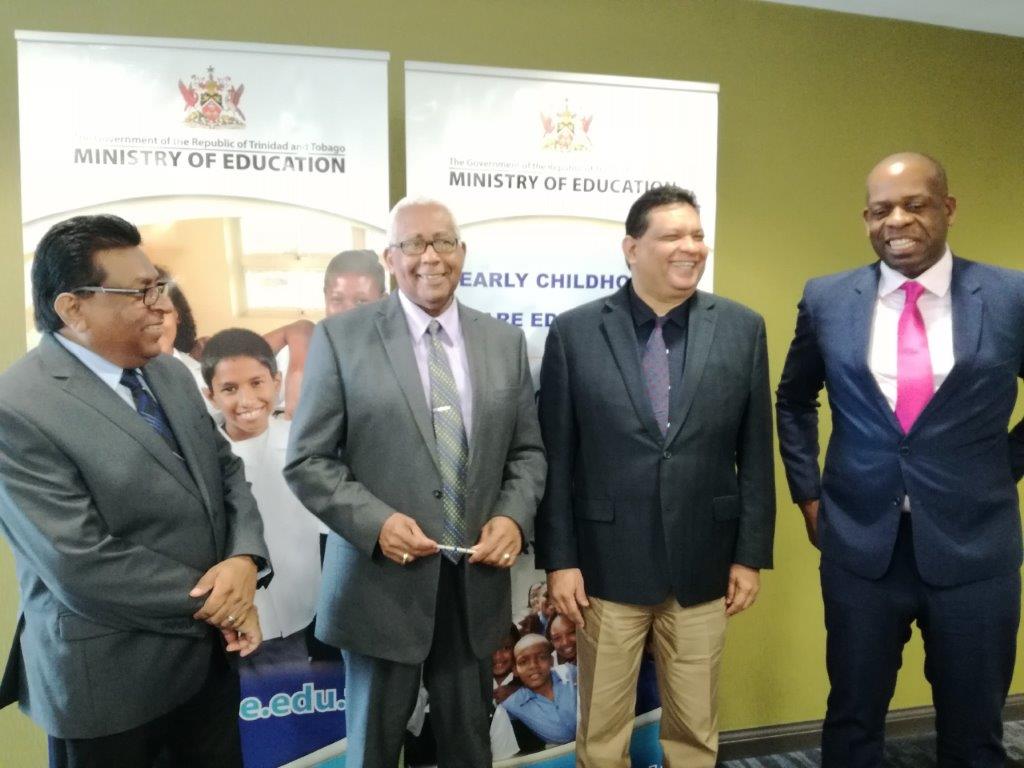 A war of words seems to be brewing between Education Minister Anthony Garcia and his predecessor Dr Tim Gopeesingh over the new changes to the Government Assistance for Tuition Expenses (GATE) programme being implemented by the current administration.

Gopeesingh in a recent statement described the changes – which features an income-only means test to determine funding for new students – as a lack of appreciation of the human development.

He claimed that campuses of the School of Business and Computer Sciences were due for closure as a direct result of the “myopic and tunnel vision decision to significantly curtail funding of the Government Assistance for Tuition Expenses (GATE) programme”.

But, Garcia at a media conference on Friday called to discuss matters pertaining to education, sought to remind the former minister of the changes that began under the former administration, borne out of the recognition that the programme needed to be streamlined.

He noted that the then Tertiary Education minister, Fazal Karim, during the 2011-2012 budget debate stated the UNC Government’s intention to crack down on the GATE programme.

Karim had noted that an abuse of the programme had led to millions of dollars in losses by the Government, coupled with the programme’s apparent failure to fulfil its main objective to students.

He said at the time that many of the students were not taking full advantage of what was offered, which led to the lowering of educational standards because of the easy access to tertiary education.

“Obviously, this contradicts to a large extent what Minister Gopeesingh and others are now trying to present to the public,” Garcia said.

The Minister noted that Karim made it clear that the GATE programme would soon cease to be an avenue for private institutions creating cash cows.

Another issue that arose that required attention was the creation of new programmes without approval from the Ministry and other accreditation bodies, which offered courses which were not recognised locally after completion, but had access to GATE funding.

“Some of these programmes leave students in the cold after completion because they were not accepted locally or internationally,” Garcia said.

“It is passing strange now that because the present Government has seen it necessary to streamline the GATE operations that people would jump on a bandwagon and try to make political mileage out of this,” he continued.

“We condemn Dr Gopeesingh for his statements – his inaccurate statements and his falsehoods. And we are clear in our minds that the GATE being a PNM initiative since 2004 has been there to serve our country in general, and our young persons in particular.

We have found it necessary to make some adjustments and the impression that we have been receiving, the comments that are being made, not only in Trinidad and Tobago but whenever I go to meetings at the University of the West Indies either in Barbados or Jamaica we have been complimented for the stand that we have been taking with respect to GATE.”

“Because you know that the Barbados Government had to cut totally the funding for tertiary education. We have not cut that, we are making just minor adjustments.”

Garcia added that Trinidad and Tobago is the only country in the English-speaking Caribbean which currently provides free tertiary level tuition support at the undergraduate level.

He stressed that adjustments had to be made as prior to 2016, the current Government and previous governments spent approximately $700 million a year on GATE funding but due to economic constraints “it was quite clear we could not continue where this was concerned”.

The Minister further explained that with the means test had to be implemented as a study conducted under the GATE Task Force showed that the majority of students accessing GATE were those from households earning in higher income brackets.

Those in households earning below $9000 monthly were not accessing GATE as much as the higher income earners.

Only 4.7 percent of students from the lower income bracket were accessing GATE as opposed to 22.4 percent of those earning upwards of $10,000 monthly.

Using the Faculty of Social Sciences at the University of the West Indies as an example, Garcia said the average total for tuition for a year is $12,000.

Garcia questioned how the new measures could be denying students an opportunity to access tertiary education.