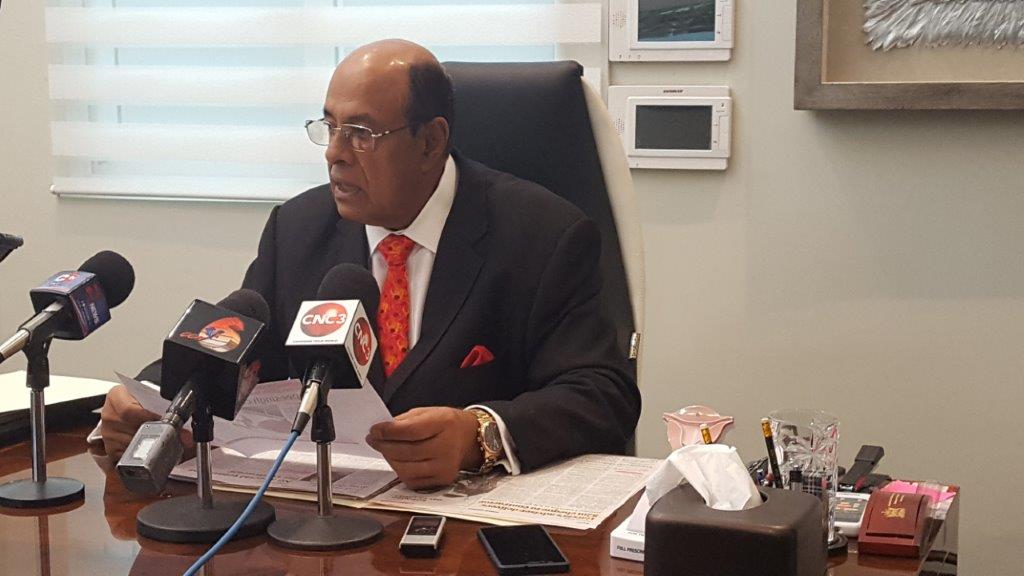 Caroni East MP, Dr Tim Gopeesingh, is once again calling on Prime Minister Dr Keith Rowley to resign, this time for his comments regarding the judiciary.

This follows Dr Rowley’s statements that the judiciary appeared to have sympathy for criminal elements, during his speech at the in­stal­la­tion of a new Peo­ple's Na­tion­al Move­ment Diego Mar­tin West Con­stituen­cy ex­ec­u­tive on Sun­day.

In a written response, Dr Gopeesingh said the Prime Minister’s attacks were “reprehensible and reckless” adding that the judiciary had efficient and capable employees.

“His onslaught on the judiciary reminds the nation of former Prime Minister Patrick Manning's depiction of him as "a man completely of of control."
The country is well served by competent jurists, who, in the course of their relevant adjudications, may criticise the Government and other parties to litigation.”
Dr Gopeesingh further accused the PNM leader or attempting to undermine the independent institution.

“His blatant and unmerited barrage is clearly aimed at intimidating the independent judiciary. He is guilty of attempting to politicise the administration of justice.”

Meanwhile, the Opposition MP lamented that Dr Rowley’s comments regarding the law association, was equally disgraceful as he said it was an attempt to undercut the integrity of thousands of professional attorneys.

This, as Dr Rowley had also accused the Law Association of political bias in the Chief Justice matter.

“His obvious agenda is to verbally assault all national stakeholders who do not blindly support his inept PNM regime,” Gopeesingh said.