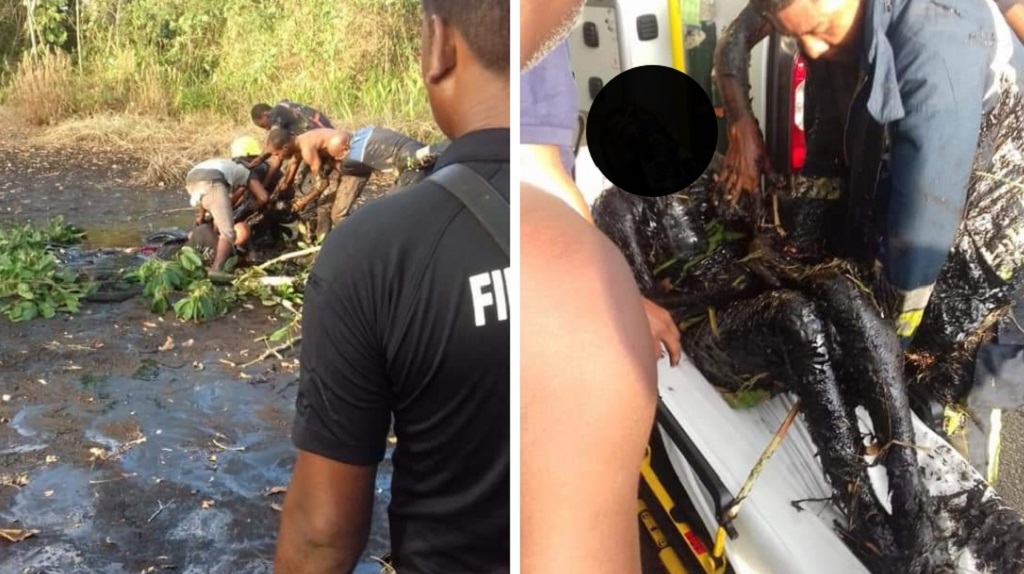 Government said it is working with specialists to survey a map of oil seeps throughout Trinidad in a bid to prevent more accidents after two teenaged boys fell into an oil seep in Point Fortin earlier this week.

Speaking in Parliament in response to an urgent question on Friday, Minister of Energy and Energy Industries, Franklin Khan, said the Ministry is working with the Geological Society of Trinidad and Tobago to map various seeps and, if they are close to towns and villages, put up warning signs and barriers.

"As is now public knowledge, two young boys, ages 12 and 14, fell into a heavy oil seep in the Point Fortin area. The government of Trinidad and Tobago would like to thank those involved in the rescue for their timely intervention and we wish the two young boys a speedy, full recovery.”

“Throughout the Southern basin of Trinidad, there are quite a number of large oil seeps, a lot of which accumulate in puddles. While no incident no this nature has been reported in the past, the fact that this was a close call clearly warrants the attention of the authorities.”

“The Ministry of Energy and Energy Industries therefore will now consult quickly with the Geological Society of Trinidad and Tobago to quickly map large oil seeps, most of which have already been mapped by the famous Hans Kugler and see whether they pose any safety threats.

“Those so deemed, especially those close to residential areas, will be equipped with proper signage and appropriate barriers,” Khan said.

Khan said in the case of the seep in which the boys fell in Egypt Village, signage and barriers would be erected around the feature.

He added that there are seeps in ‘the deep forest’ however these do not pose a significant threat.

Khan said the measures will be implemented after Carnival.

The boys were said to be flying a kite on February 13, 2019, located at the back of Egypt Village Primary School in Point Fortin, when they unwittingly fell into the oil seep. A relative of the boys attempted to rescue them and also became trapped in the seep.

Emergency authorities as well as a team from Heritage Petroleum rushed to the scene and rescued the boys and the elderly man, who were taken to hospital for treatment.

What is an oil seep?

A petroleum seep is a place where natural liquid or gaseous hydrocarbons escape to the earth's atmosphere and surface, normally under low pressure or flow. Seeps generally occur above either terrestrial or offshore petroleum accumulation structures.

The hydrocarbons may escape along geological layers, or across them through fractures and fissures in the rock, or directly from an outcrop of oil-bearing rock.

Petroleum seeps are quite common in many areas of the world. Natural products associated with these seeps include bitumen, pitch, asphalt and tar.