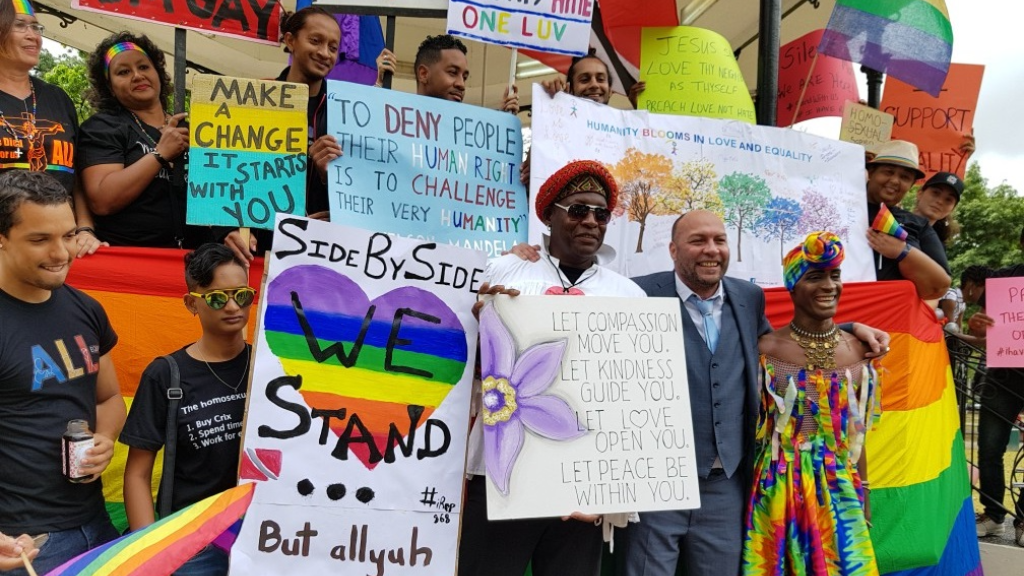 Minister in the Ministry of the Attorney General, Stuart Young, said during Thursday's post-Cabinet briefing that the State plans to appeal a decision handed down by Justice Devindra Rampersad, who decided ruled in favour of human rights activist Jason Jones against the country's buggery laws.

Rampersad said that Sections 13 and 16 of the Sexual Offences Act are “unconstitutional, illegal, null, void, invalid and are of no effect to the extent that these laws criminalise any acts constituting consensual sexual conduct between adults”.

Attorney General Faris Al-Rawi said to LoopTT that the State's reason for appeal was to settle the law at the highest courts due to the heartfelt, varying views of many segments of society.

"The judgement today is a first instance judgement. This involves equality rights under the Constitution, in part, even though that was not the substance of the case per se, and therefore, in view of society's strong views expressed on many different levels, it's important that the law be settled as best as is possible."

"If you were to divorce yourself from the judgement and simply look at the principle, it is necessary for the principles to be settled, and the best way, when there is a heartfelt view of matters where society is expressing views of different ends of the spectrum, it is imperative to settle the law and therefore the appeal is a matter of course."

Related article :Victory at the High Court against buggery laws

"If you were to leave the law unsettled, you run the risk of a second court, another High Court coming up with a contrary point of view. The particular law being tested is one of approximately 27 other laws that can be viewed to be discriminatory, and therefore if you were to go to court on another of these laws, a judge may come up with another point of view, both at High Court levels. That's not uncommon...therefore, it's important to settle the law, and the only way the law can be settled is through the appellate process," he said.

The court said it will meet again to hear whether the offending sections should be struck down in their entirety along with the issue of costs.

In his judgement, Rampersad said the court must uphold the views of all, even if one person's rights are infringed upon, but said the ruling is "not an assessment or denial of the religious beliefs of anyone".

"This conclusion is not an assessment or denial of the religious beliefs of anyone. This court is not qualified to do so. However, this conclusion is a recognition that the beliefs of some, by definition, is not the belief of all and, in the Republic of Trinidad and Tobago, all are protected, under the Constitution."

"As a result, this court must and will uphold the Constitution to recognize the dignity of even one citizen whose rights and freedoms have been invalidly taken away."

Under Section 13 of the Sexual Offences Act, a person who commits the offence of buggery is liable on conviction to imprisonment for twenty-five years.