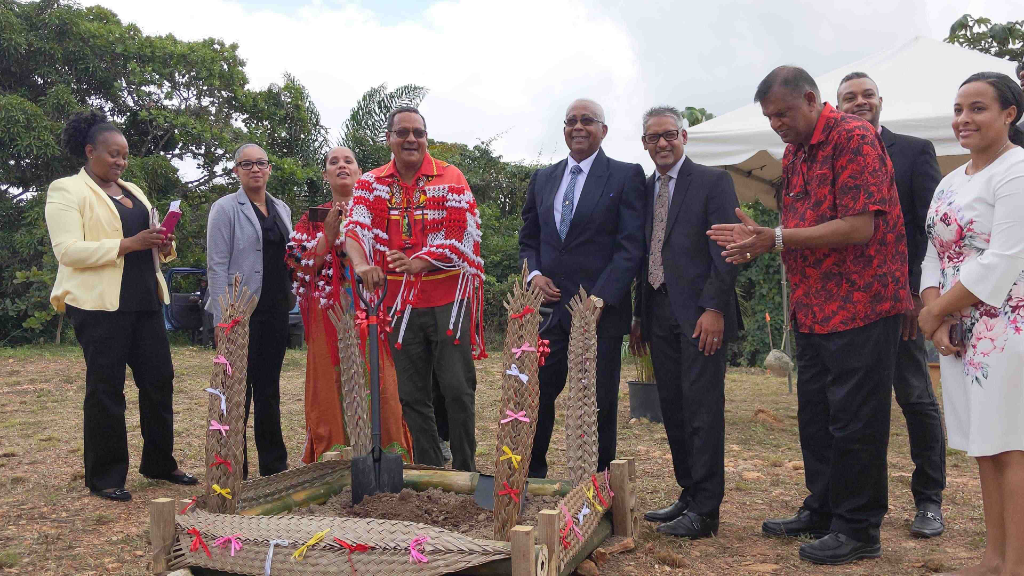 Minister of Education, Anthony Garcia has pledged $5000 of his own money to the Santa Rosa First Peoples Community.

He made the promise at the sod turning ceremony for the construction of the Santa Rosa First Peoples Village in Arima today.

Garcia says that as the Member of Parliament for Arima and as President of the United Nations Educational, Scientific and Cultural Organization (UNESCO) Trinidad and Tobago, he’s pleased to be part of the progression of the First Peoples in T&T.

Calling the Santa Rosa community, ‘the official indigenous community in Trinidad and Tobago’, Garcia also said that he’d be ensuring that they get further governmental support for their community.

Earlier in the ceremony, Chief of the Santa Rosa First Peoples Community, Ricardo Bharath Hernandez lamented that the community felt forgotten and overlooked by successive governments. He said that the community was ready and willing to meet government agencies halfway to get their village constructed, but the government never held up their end of the bargain.

Garcia promised that this time around would be different.

“You have my fullest commitment in the two roles I represent here today,” he said.

Hernandez also raised concerns about the First Peoples not getting their budgetary allocations, but Garcia promised that they wouldn’t have to worry for much longer.

“I want to assure you also that we will be speaking to the Minister of Culture, Community Development and the Arts, Dr Nyan Gasby Dolly to make sure that the allocations in the budget will be made available to you,” he said.

The proposed village will feature a number of traditional and indigenous depictions, including a cacique’s (chief) home, a kitchen and other familiar structures.

They'll also be hosting a fundraising event on May 23, in order to further facilitate works within the community. President Paula Mae Weekes has pledged her attendance.