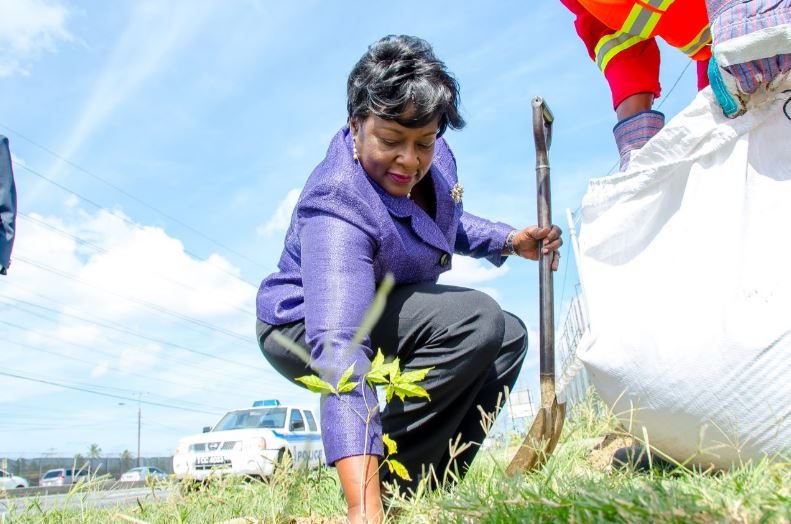 Planning Minister Camille Robinson-Regis is urging citizens to preserve and conserve the environment in light of World Environment Day 2017, celebrated on June 5.

In acknowledging this year’s theme “Connecting People to Nature”,  Minister Robinson-Regis sought to remind the general public that success lies in the capacity of every citizen to become informed and take personal responsibility for their actions as it relates to the protection of the environment.

She noted that Trinidad and Tobago depends on its biological resources to support livelihoods mainly through agriculture, fishing, recreation, tourism, and culture.

The Planning Minister said however that this country’s biodiversity has been negatively impacted by deforestation, illegal logging, forest fires and indiscriminate quarrying, adding that this must be curtailed.

Minister Robinson-Regis also noted that natural threats such as climate change also have a negative effect on this country’s biodiversity.

She acknowledged that Trinidad and Tobago and the wider Caribbean stand to suffer immensely from climate change, noting that analyses have revealed that a large number of terrestrial plants and animals may eventually become extinct.

Bleaching in corals, which are species that are sensitive to small increases in temperature, is also expected to occur and this can have a negative effect on the reefs in Buccoo and Charlotteville in Tobago.

The Minister stated that Government is committed to doing all that is necessary to preserve the integrity, diversity, and productivity of our fragile environment, which include measures to mitigate climate change as well as protect our biodiversity.

She said Government has already taken critical strides to strengthen the protection of the natural environment.

UN chief warns oceans are 'under threat as never before'