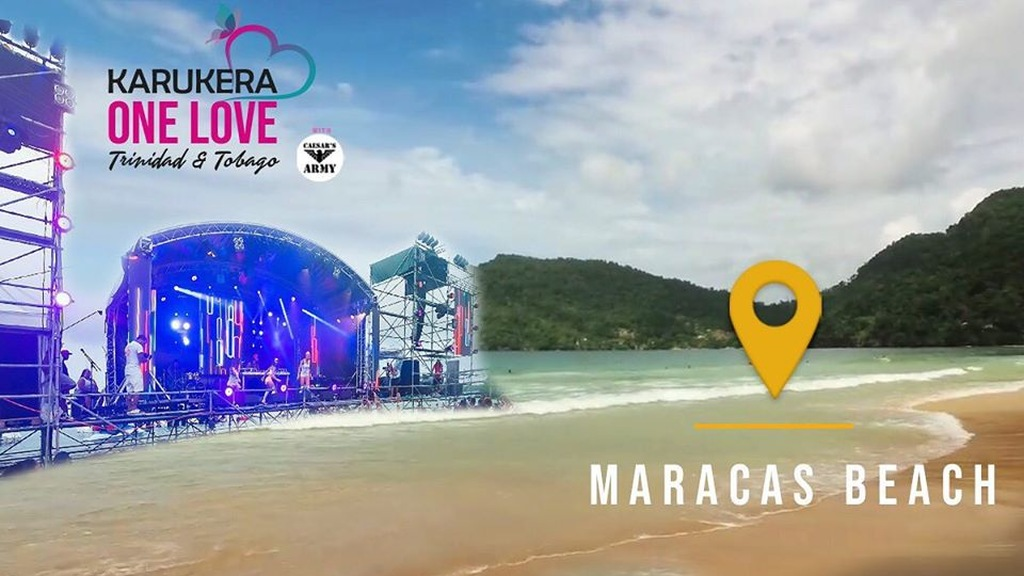 Government corrected what it said were inaccurate and ‘disingenuous’ statements made in a media article over a stage being constructed at Maracas beach.

The Ministry of Communications issued a statement after attempts to construct the stage for the Karukera One Love Festival at Maracas Bay was temporarily shut down. The organisers said the event will continue however the stage will be constructed on the shoreline.

The Ministry said no approval was granted by Cabinet for the fete to be held in the sea:

“The Government of the Republic of Trinidad and Tobago (GoRTT) wishes to debunk a number of inaccuracies published in today’s Guardian under the headline Split in Cabinet over (a) stage in (the) sea and in its editorial titled Lessons from Maracas sea stage saga."

“Contrary to what was reported, the GoRTT never granted approval, tacit or otherwise, for the fete to be held in the sea."

The Ministry said approval was sought and given to Moruga/Tableland MP Dr Lovell Francis to travel to Guadeloupe on official government business for an ‘education exchange’:

“Further, approval was sought and given to the Minister of State in the Ministry of Education, Dr the Honourable Lovell Francis to travel to Guadeloupe on official Government business for an education exchange.

The Ministry said Dr Francis was not authorised by the Cabinet to engage in discussions with the organisers of Karukera One Love Music Festival.

The Ministry said: “Dr Francis was not on a fact-finding mission for the festival on behalf of the GoRTT nor did he make any commitments to the promoters on behalf of the Government. There was an unplanned, informal meeting with organisers during his visit to Guadeloupe.”

“Furthermore, reports provided to the GoRTT by the various state agencies, indicate that the producers of the festival did not disclose that a stage would be built in the sea. All statutory bodies which were approached for the requisite approvals were not informed that a stage would have been erected in the sea.”

The Ministry added that the EMA was approached for a noise variation but they only became aware of the sea-stage via newspaper reports.

“Furthermore, the Urban Development Corporation of Trinidad & Tobago (Udecott) confirmed that the agency received an application from the promoters to host the event, with no mention of a stage being built in the sea.”

“Udecott granted an approval with the caveat that the promoters apply and receive permission from the other regulatory bodies such as the EMA, Commissioner of State Lands, the Trinidad and Tobago Fire Service, among others.”

The Ministry said the EMA informed Udecott that a Certificate of Environmental Clearance was needed as the structure may have associated environmental as well as health and safety risks.

The Ministry said that certificate was never granted by the EMA.

The Ministry said when Udecott became aware of the promoter’s intentions, they were advised that they could not build a stage in the sea.

“Therefore, it is disingenuous to suggest that the state regulatory bodies and Cabinet are at odds with each other.  Dr Francis has denied speaking with the Trinidad Guardian or providing any impression, written or otherwise, that he supported the promoter’s venture to build a stage in the sea. His position is consistent: he never negotiated for the event to come to Trinidad and Tobago on behalf of the Government nor is he at odds with the Minister of Agriculture, Land and Fisheries, Senator the Honourable Clarence Rambharat.”

“The Cabinet did not attempt to bypass or circumvent any of the state institutions empowered to give approvals for events held in Trinidad and Tobago. The GoRTT is assuring the citizenry that the safety of the public remains its primary concern,” the Ministry said.

Another hitch in Maracas beach fete