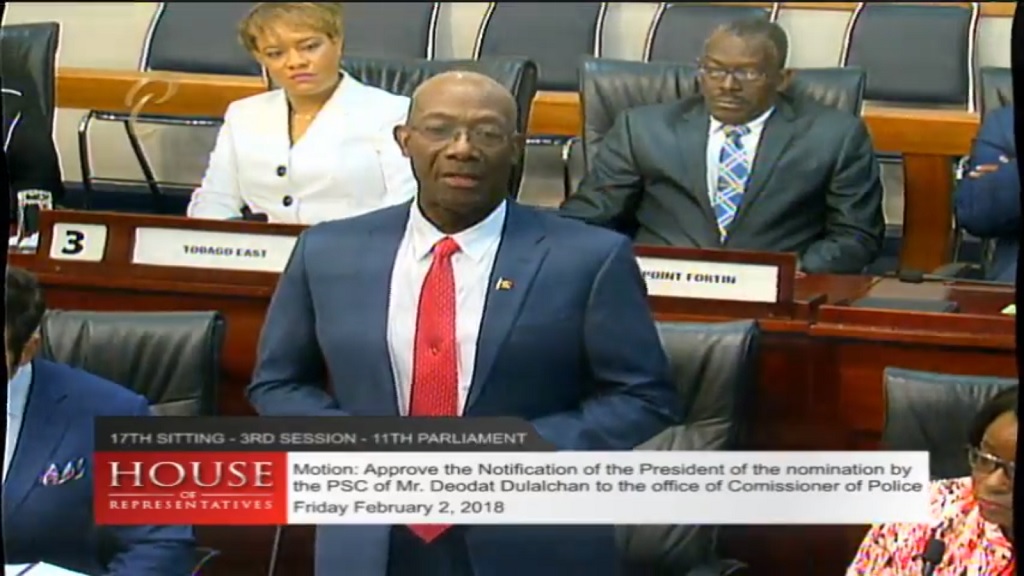 Speaking in Parliament on Friday, Prime Minister Dr Keith Rowley said the decision was taken as a result of ‘disquiet’ and questions raised by the public over the nominations of Acting Police Commissioner Deodath Dulalchan.

“Today it is with great disappointment that I have to ask this House to acknowledge that we are not in a position to conclude this process to the satisfaction of the wider national community,” he said.

Dr Rowley said government was allowed no insight into the nomination process until it was brought before Parliament.

He said one of the problems facing the TTPS is the lack of confidence in the service and an absence of trust.

Additionally, Dulalchan was said to have been named in connection with incidents requiring disciplinary action under the Police Complaints Authority (PCA) in recent weeks.

KPMG awarded contract to assist in search for Police Commissioner