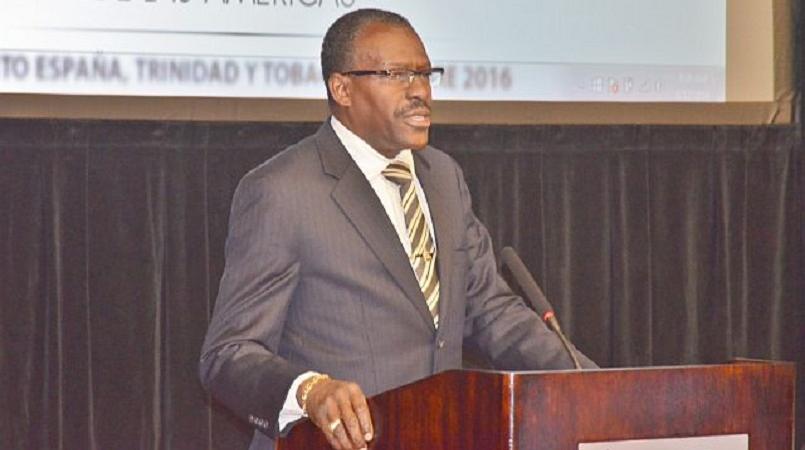 As the Government unveiled its National Crime Prevention Programme at the Hilton Hotel on Wednesday, it was done in the absence of the Opposition as well as Prime Minister Dr Keith Rowley.

Communication's Minister Stuart Young announced that Dr Rowley, chair of the National Security Council, was absent because "something came up".

He, however, chastised the Opposition whom he said were all invited to attend the event which was geared towards the fight against crime.

"I must register a bit of disappointment here, this morning, on behalf of the Government of Trinidad and Tobago that we invited every single member of the Opposition as a member of parliament and as a senator and unfortunately they have not turned up."

Young accused the Opposition of politicising crime and hoping that the Government's efforts towards eradicating the social ill are unsuccessful.

"Crime is not about politics and from the time you begin to politicise crime and the issues of crime and wish that the scourge of crime continues to develop in the hope that it mars a government and makes a government look bad, you are failing your country."

Addressing those present at the launch, National Security Minister Edmund Dillon noted that steps are being taken to operationalise a DNA system in T&T with the appointment of a DNA Custodian to manage a National Forensic DNA Databank.

He said regulations have been passed by Parliament and Gazetted with 15,000 Bucal swabs already procured.

"Training has started in DNA sample collection with TTPS, TT Prison and RHAs."

Dillon also noted that requests for proposals have gone out for the re-engineering of the national CCTV system as an effective monitoring mechanism and a means of quickening the process of evidence–gathering.

He said the Ministry of National Security has engaged other stakeholder groups on the National Crime Prevention Programme including NonGovernmental Organizations (NGOs), Faith-Based Organizations (FBOs), academia and the business sector.

"It is hoped that these and all sectors of society will continue to play an integral role in the implementation of the Programme," Dillon said.