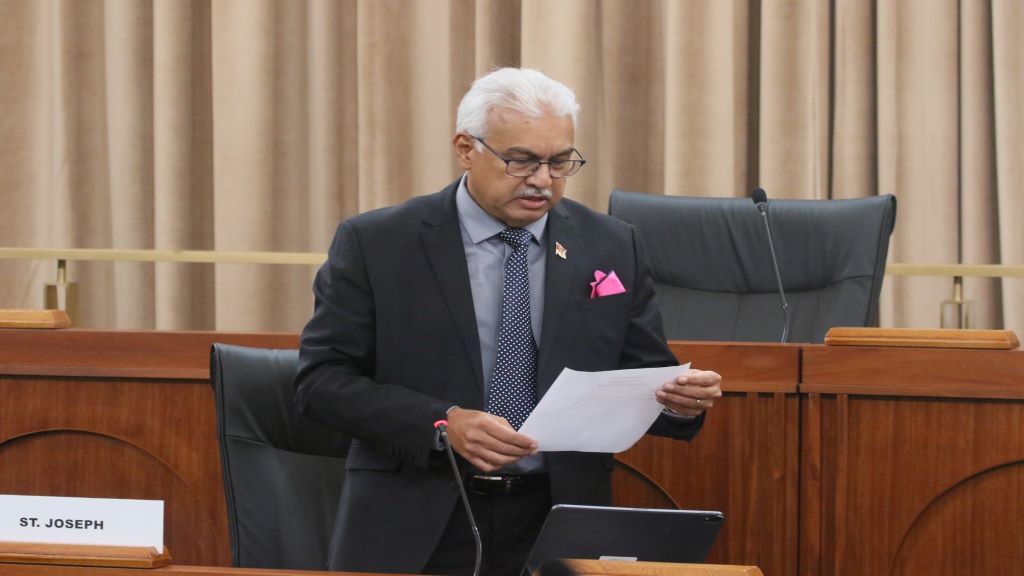 Pictured: Health Minister Terrence Deyalsingh. Photo courtesy the Office of the Parliament of Trinidad and Tobago.

With over 3,000 applications from nationals abroad wishing to return home, Government is assuring that it’s not trying to penalise anyone still waiting for a response on their request for repatriation.

At the Ministry of Health’s virtual conference on Wednesday, Health Minister Terrence Deyalsingh reiterated the plan for repatriation as laid out by National Security Minister Stuart Young on Monday.

Young at the conference on Monday indicated that T&T nationals stuck in Cuba and St Martin, along with students at St George’s University in Grenada, are among the next tranche of people to be brought home.

Chief Medical Officer Dr Roshan Parasram confirmed that around 100 nationals are among the group which is expected to arrive over the weekend.

The Health Minister said while he understood that nationals are anxious to return home, it was Government’s duty to respond responsibly in managing the virus.

He maintained that Government has managed its response to the virus responsibly.

“The responsible response is to have a managed intake of our nationals abroad, based on the quarantine facilities we have so that they could be properly quarantined to protect not only their health, but the health of their families when they eventually go home to them and the wider nation.”

Deyalsingh continued: “We can only imagine what they are going through but as a Government we have to respond in a careful, measured manner and the Minister of National Security will, as he said on Monday, treat with all these requests based on the policies he has set out.”

Painting a picture of the reality of the situation, he said he personally knows someone whose daughter died abroad and he was not able to attend her funeral.

Deyalsingh assured that there was no “diabolical plan” to keep nationals from returning home.

The Minister encouraged nationals abroad who wish to return to the country to submit their applications for exemptions.

Arrangements are being made to bring citizens home from Canada and the United Kingdom.

Hundreds of returning nationals to be placed in quarantine