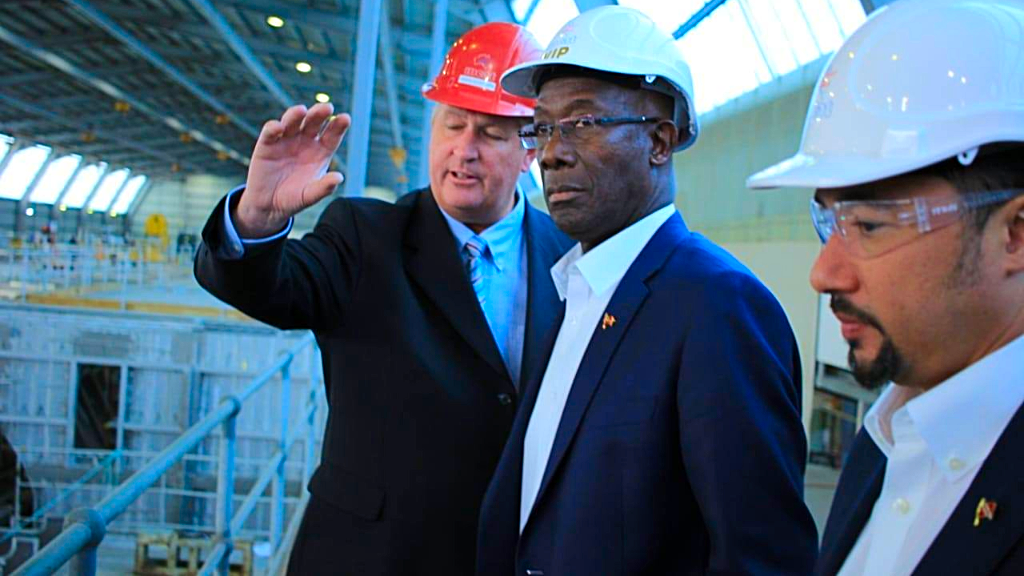 After meeting with Australian shipbuilders, government intends to purchase two new ferry vessels and at least one naval patrol vessel.

Prime Minister Dr Keith Rowley made the announcement during a press conference following his return from a trip to China and Australia on Tuesday.

Dr Rowley said he along with the rest of the Trinidad and Tobago delegation met with Australian companies INCAT and Austal to discuss the possibility of purchasing vessels.

INCAT, based in Tasmania, is the Australian company which built the T&T Express and the T&T Spirit which were purchased as used vessels by the Government to service the inter-island sea bridge.

Dr Rowley said that reliable vessels are critical in order to maintain plans for the growth of Tobago and to protect the country's maritime borders.

“What we need to do is get two proper vessels from Austal or INCAT and the arrangements for doing so we have discussed with the Australian government."

"We are to place an order in the very near future for the first of those vessels to the company that offers the best (deal)," he said, adding that Austal also builds military naval vessels.

He added that funding for the proposed patrol vessel could be part-funded through a facility through the Australian government as well as from the sale of the older vessels, the T&T Express and the T&T Spirit.

He said that the use of properly working vessels are critical for the development of Tobago, adding that since the decomissioning of the country's offshore patrol vessels the Trinidad and Tobago Coast Guard has been unable to properly protect the country’s east and south coasts.

“Our economic well-being is now anchored east of us in the area that we have the least ability to patrol. That is a kind of madness that this government will not allow to continue. We will take measures to protect our borders...if we have to suck salt, if we have to work twice as hard we must, we have to protect the God-given assets we have and ensure Trinidad and Tobago is not an open territory."

Dr Rowley added that as Austal is well-known for building high-quality vessels, the T&T Express and the T&T Spirit should bring a profit if they are sold on and the money spent on their repairs would not be wasted.

He said as soon as they put in new orders for those vessels they will be able to sell the older vessels.

"The money we just spent preparing the (T&T) Spirit is not wasted, when we commit to a new vessel, that vessel we have now has great resale value,” he said.

He said the money recouped from the sale of the older vessels will go toward the purchase of the new vessels and added that the proposals for the vessels should include a contract for maintenance for at least seven years.

Dr Rowley said they had very fruitful discussions with Australia’s Prime Minister Malcolm Turnbull and thanked the Australian ambassador to Trinidad and Tobago John Pilbeam for his assistance with the trip.