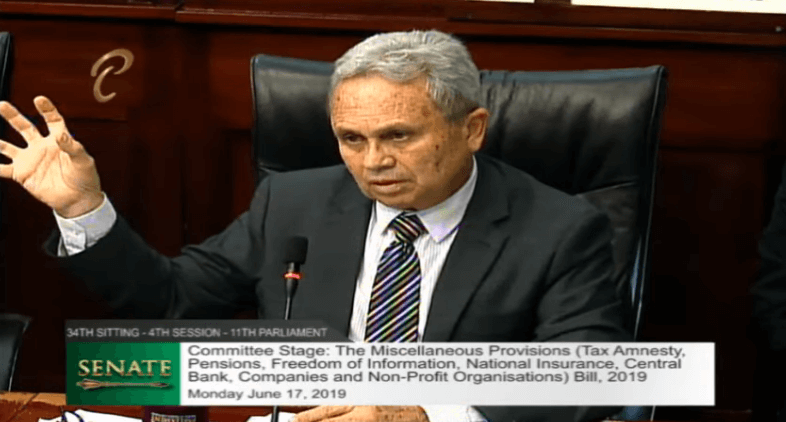 Government has removed the Clause 7 amendment to the Freedom of Information Act (FOIA).

The amendment would have seen an extension from 30 to 90 days of the period within which a public authority is required to inform an applicant of its decision regarding a request for information.

The Bill was passed in the Senate last night.

Finance Minister Colm Imbert explained that the decision to delete the amendment was based on the contribution of Independent Senator Sophia Chote, SC, to debate on the Bill, as she warned of a possible conflict of interest with the Attorney General being involved in the process.

Imbert indicated, however, that Government would come back to the Parliament with a stand-alone review of the Act.

Meanwhile, the Opposition said the Government’s decision to drop the controversial clause was due to pressure and widespread public dissatisfaction and labelled it a victory for the people of Trinidad and Tobago and democracy.

"The combination of  civil society organisations, the Opposition, as well as countless concerned citizens all raising our voices together, stopped the blatant attempt by the Rowley Government to stifle the Freedom of Information Act, and thereby thwarting transparency and accountability in Government," it said.