Gov’t to revisit agreement with bpTT 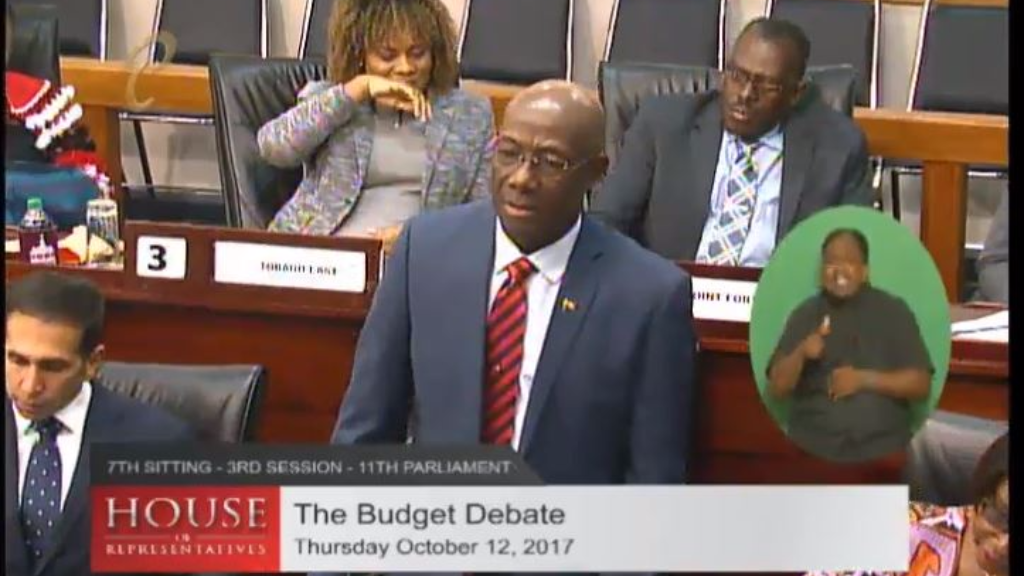 Prime Minister Dr Keith Rowley said the Government will re-examine the agreement made by the People Partnership Government with the British Petroleum Company (bpTT).

As he read the budget on October 2, Finance Minister Colm Imbert revealed that the Government would review the Energy Tax Regime to simplify and rationalize the terms of exploration and production licenses, as well as production sharing contracts. He said the main objective is to encourage investment in the energy sector and to increase Government’s revenue intake as over the last 3 years, total revenue from all sources in the energy sector dropped from $28 billion in 2014 to $9 billion in 2017, a loss of annual revenue of almost $20 billion from that sector alone.

He said as such, a 12.5 percent royalty rate would now be applicable across the board on the extraction of all gas, condensate, and oil.

Contributing to the debate on Friday, the Prime Minister lamented that T&T suffered massive losses as a result of the PP Government’s decision to give tax breaks to the British oil giant as a form of incentive to continue its exploration for oil and gas.

He said he spoke to the board of the company and disclosed that this will be addressed. Dr Rowley also denied any corrupt activity or arrangements between him and bpTT.

“I told them that we have to revisit that situation. I speak as the Prime Minister of Trinidad and Tobago on this matter and if the Opposition, if the Opposition, instead of standing and backing the Government on that, is prepared to talk about something underhand happened because the Prime Minister talk to the BP board. Let one person in BP or any oil company get up outside and say they talk to me about any underhandedness, well I’m fixed for life. Anybody who says they make a deal with me, I am fixed for life because we off to the Hall of Justice.”

Dr Rowley said based on the agreement signed by the previous regime, up until 2025, Trinidad and Tobago will not benefit from petroleum profit taxes from bpTT. He said he was shocked after learning about the details of the contract which were revealed to him by the Finance Minister Colm Imbert. Dr Rowley said he immediately spoke with bpTT’s management to express his concerns with the arrangement.

He said, "if that is the condition under which we allow people to extract our hydrocarbon resources, we might as well let it stay in the ground.”

Dr Rowley chided the Opposition whom he said is of the belief that T&T should “give away the shop because if you don’t give away the shop, nobody will come to buy.” He said he explained to bp’s management that a PNM Government would never have made such an agreement.

After the budget was read, bpTT issued a statement indicating that they sought "much more clarity" before they could provide a comment.

10 post-budget tips to help you save