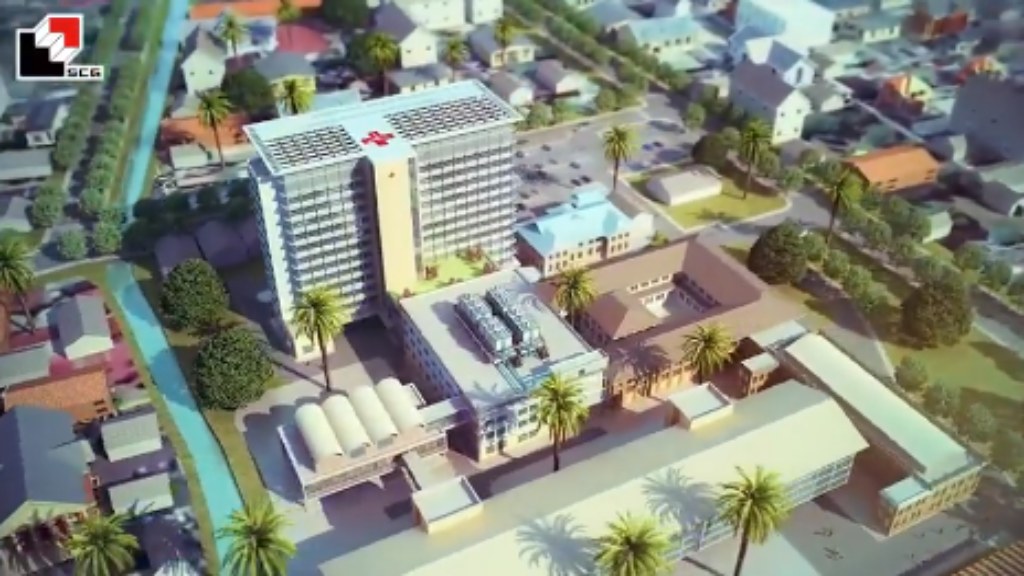 Government has signed a $1.1 billion contract with Chinese firm Shanghai Construction (Caribbean) Group Limited for the reconstruction of the 60-year-old Central Block at the Port of Spain General Hospital (POSGH).

The 540-bed tower which will be built in its place is expected to be completed within two to three years.

The new Central Block will function and be integrated within the existing Hospital Campus in providing comprehensive health care services administered by The North West Regional Health Authority (NWRHA).

Speaking at the signing of the contract on Monday, Health Minister Terrence Deyalsingh said the rebuilding of the Central Block was long overdue as a 2009 assessment of the building determined that it was engineeringly unsound.

Tenders went out prior to the magnitude 6.9 earthquake last August.

The hospital was forced to decant the block and relocate patients following the earthquake. Deyalsingh said it was clear that it was an emergency situation at that stage.

Shanghai Construction Group and China Railway are currently repurposing parts of the Port of Spain Hospital and another hospital in St James to accommodate the patients that had to be moved from the old Central Block.

Commenting on the signing of the contract, Deyalsingh said it was another red letter day in the development of POSGH.

“I am hoping that the foundation set reflects the relationship that exists between these two countries, large and small.”

The Minister noted that approximately 300,000 people are served by the POSGH from Carenage to Barataria. An additional 200,000 coming to the capital city for work also access the hospital, cementing the need for more functional, safe and efficient facilities.

“We have to have a modern facility that serves not only the population that lives in the catchment area, but also the working population.”

He said the new facility should be considered not only renewal of POSGH, but a contribution to the regeneration of city’s skyline.

A new gynae-obstetrics ward will also be constructed, with work beginning in September.

The Port of Spain General Hospital was built nearly two centuries ago with the last major physical upgrade being the Central Block.

Deyalsingh said he is hopeful that the new facility that is going to be built will last another 180 years, "similarly to the enduring relationship that exists between China and Trinidad and Tobago.”

'Unsafe' hospital block to be rebuilt